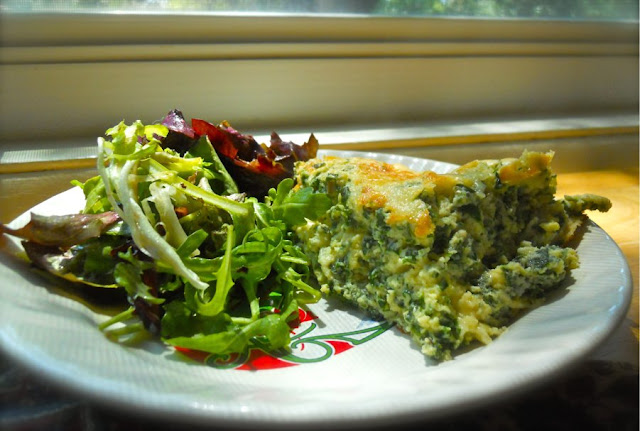 Oh it has been ages.  Most of these ages have been spent grading, but we have taken time to welcome spring.  We went down the coast to Coastanoa, a camping resort about half way between Santa Cruz and Half Moon Bay.  While I have definite thoughts about camping resorts (it seems such an oxymoron to put the two words together), we loved the hiking--including one at dusk--the bar in the evening where we read books, the coast line, and the elephant seals.  In addition to rather pampered camping, we have been working in the garden, including the annual planting of the giant sunflowers with morning glories.  I have run Bay to Breakers (I ran like the wind) and I have begun my training for the half marathon in the fall.  Now I just need to get on top of my reading of Steinbeck, and I am ready for summer to come in full force. 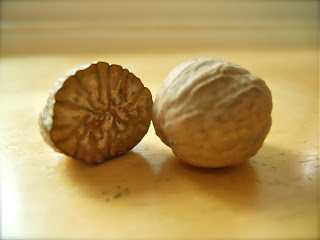 Why Steinbeck?  This summer, I am headed off to Steinbeck camp.  That is, three weeks of Steinbeck in Monterey, sponsored by none other than the National Endowment for the Humanities, a group Sarah Palin believes should not be funded.  I have definite thoughts about this in addition to my thoughts about luxury camping.  They are not the same thoughts. 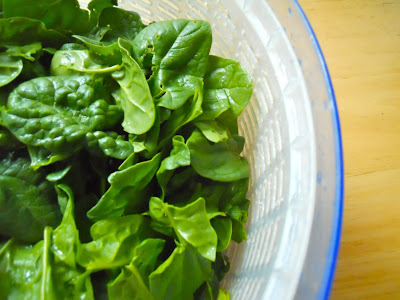 Politics aside, this spring I am working on soufflé.  I suppose it's a good thing to work on, if somewhat antithetical to Steinbeck.  Well, maybe Steinbeck enjoyed a good aerated egg.  Who knows. But often in our culture, we equate the soufflé with fancy French food, and thus expensive food.  However, the soufflé is neither fancy nor expensive, but it is most certainly French.  And it is surprisingly easy to make, especially under the guidance of Julia Child's Mastering the Art of French Cooking.  Don't let anxiety regarding the deflation of the soufflé keep you from giving this a try.  Although you might have a diagnosable disease, I bet: Post-Oven Soufflé Deflation Anxiety Disorder.  I believe there are support groups for that. 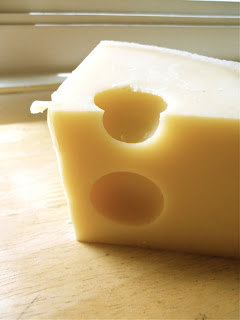 Getting to down to business here, let's examine the soufflé.  A soufflé has two components--a thick base sauce with egg yolks into which you can add all kinds of flavorings and a soft-peak meringue of whisked egg whites.  The egg whites are what give the soufflé its lift, so pay careful attention both to their whisking and to their folding.  Whisk aggressively, fold gently. 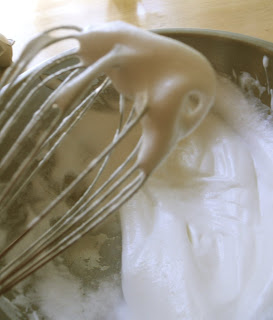 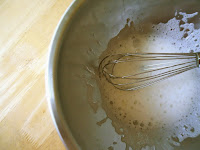 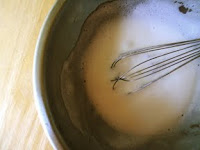 Here's some good stuff about the soufflé from On Food and Cooking: The Science and Lore of The Kitchen by Harold McGee:

"Soufflés--savory and sweet mixes lightened with an egg-white foam, then dramatically inflated above their dish by oven heat--have the reputation for being difficult preparations...In fact, soufflés are reliable and resilient...If you manage to get any air into the mix, an inexorable law of nature will raise it in the oven, and opening the door for a few seconds won't do it any harm. The inevitable post-oven deflation can be minimized by your choice of ingredients and cooking method...

The physical law that animates the soufflé was discovered a few decades after its invention by--appropriately--a French scientist and balloonist, J.A.C. Charles. Charles's law is this: all else equal, the volume occupied by a given weight of gas is proportional to its temperature. Heat an inflated balloon and the air will take up more space, so the balloon expands. Similarly, put a soufflé  in the oven and its air bubbles heat up and swell, so the mix expands in the only direction it can: out the top of the dish.

Charles's law is part of the story, but not the whole story--it accounts for about a quarter of the typical soufflé rise. The rest comes from the continuous evaporation of water from the bubble walls into the bubbles. As portions of the soufflé approach the boiling point, more liquid water becomes water vapor and adds to the quantity of gas molecules in the bubbles, which increases the pressure on the bubble walls, which causes the walls to stretch and the bubbles to expand...

Charles's law also means that what must go up in the oven must come down at the table...As the soufflé bubbles cool, the air they contain contracts in volume, and the vapor that come from liquid water in the mix condenses back into liquid...A thick souffle mix can't rise as easily, but it also won't fall as easily...Don't worry about opening the oven door. The mix can't fall unless it actually begins to cool down, and even if that did happen, it will rise again when it heats up again." 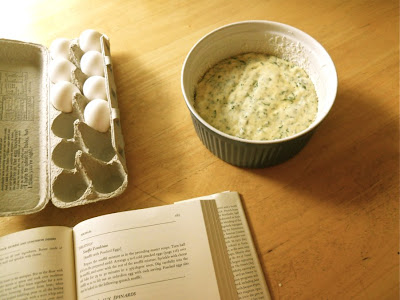 So there you have it.  I went the Swiss cheese and spinach route, and I was well rewarded with a very tasty, very light soufflé.  We liked this so much we contemplated just whom we could invite over for a brunch that included soufflés.  Perhaps you are available? 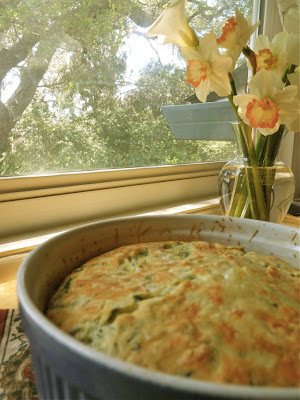 One Year Ago: Pasta Primavera

Instructions:
1.  Measure out all your ingredients.  Butter inside of a soufflé mold and sprinkle with cheese.  Preheat oven to 400 degrees.

2.  Cook the shallots or onions for a moment in the butter.  Add spinach and salt, and stir over moderately high heat for several minutes to evaporate as much moisture as possible from the spinach.  Remove from the heat.

3.  Melt the butter in a 2-1/2 quart saucepan. Stir in the flour with a wooden spatula or spoon and cook over moderate heat until butter and flour foam together for two minutes without browning.  Remove from heat; when the mixture has stopped bubbling, pour in all the boiling milk at once.  Beat vigorously with a wire whip until blended.  Beat in the seasonings.  Return over moderately high heat and boil, stirring with the wire whip, for 1 minute.  The sauce will be very thick.

4.  Remove from heat.  Immediately start to separate the eggs.  Drop the white into the egg white bowl and the yolk into the center of the hot sauce.  Beat the yolk into the sauce with the wire whip.  Continue in the same manner with the rest of the eggs.  After the egg yolks have been beaten in, stir in the spinach.  Correct seasoning.

5.  Beat the egg whites and salt until stiff.  Stir one fourth of them into the sauce.  Stir in all but a tablespoon of the cheese.  Fold in the rest of the egg whites and turn mixture into prepared mold.  Sprinkle with remaining cheese and set on a rack in the middle of preheated oven.  Turn heat down to 475 degrees and bake for 25 to 30 minutes. The soufflé will have puffed 2 inches over the rim of the mold, and the top will be nicely browned.  Bake 4-5 minutes more to firm it up, then serve at once. 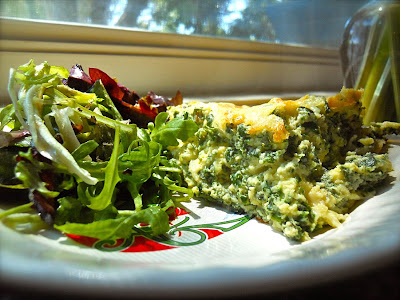