Soba Noodles with Eggplant and Mango 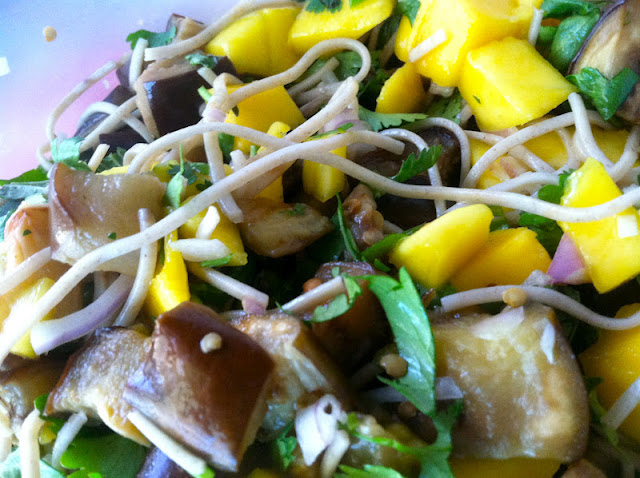 This summer, I have been exploring the concept of Plenty.  Lucky for me, I had just the cookbook to help me explore it.

(A beloved friend of mine (and you know who you are!) took it upon herself to shower me in cookbooks lately, and this spring, she sent me this lovely one.  It is the work of Yotam Ottolenghi--go HERE to learn much more.)

In addition to going on a road trip, having my teenage niece visit for two weeks, and attending my high school class reunion, I spent four weeks immersed in a yoga teacher training (which I affectionately dubbed "yoga camp" to all who would listen).  While I began the class believing I was merely (hah!) going to learn how to become a better and even safer yoga teacher for my own students (both of which I think I did), I ended the class plenty more: wildly in love with "The Waste Land," achy around my hamstring attachments (which I learned I have been abusing), and connected to an amazing group of women and men. 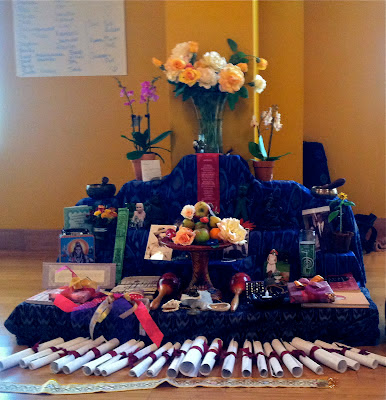 How do I describe the experience?  While certainly it was at times intense (they don't call it an intensive for nothing!) with the nine-hour days for four weeks, there was a lot of laughter and a lot of adjustments in terms of thinking about what yoga is, why we might want to do it, and where it might lead us.  I was grateful for the ways the two teacher trainers led us to see our bodies and minds as these amazing creatures that were not necessarily the arbiters of our experiences or sense of self.  Such lessons I had to take to heart when it dawned on me that I would need to sit out for many of the practices as my back and hamstrings resisted, claiming that they had plenty of the physical practice, thank you very much. 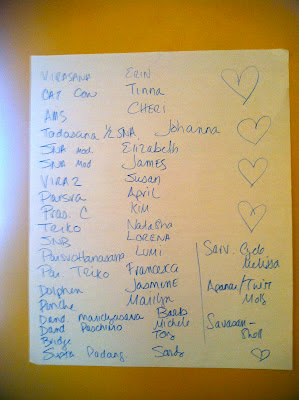 Yesterday, we completed the training with our practice teach (which I was honored to open).  While I was nervous beyond words, I stood in front of a group of people whom I had come to respect as wonderful burgeoning teachers.  I looked around the room, feeling plenty of their support.  During the practicum, there were moments when I would close my eyes and imagine being in each of their classes.  By the end of the day, the gratitude was overflowing, and we ended the experience with a huge potluck, the table overflowing literally and figuratively with plenty.  Now I am just one take-home final exam away from calling myself a yoga teacher.  Not bad. 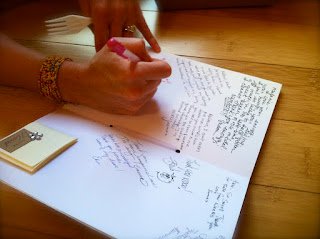 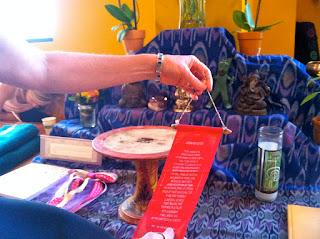 Finally, a word about the recipe;  I wanted to make something quite good for the final lunch; there were some discerning foodies in this bunch and I wanted to honor what we had accomplished together.  I love this dish--it's sassy and savory.  I made some changes, adding an additional mango and switching out the lime for a lemon (because that's what I had on hand).* But it was a fantastic cold noodle salad that added a little something to our potluck.  I recommend you run out and make this as soon as possible--which I, too, am going to have to do again tonight because there was nary a noodle left over, and the husband declared he wanted some, too.  Apparently, I had not made plenty of it.

*The changes are already reflected in the recipe below. 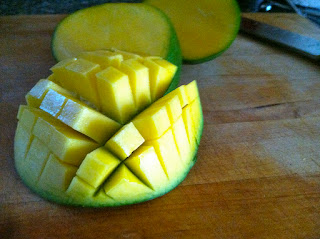 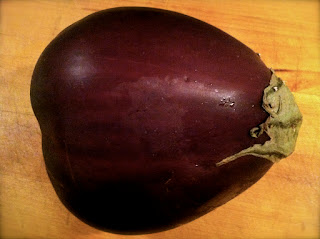 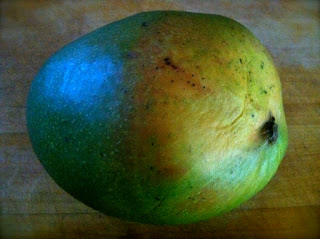 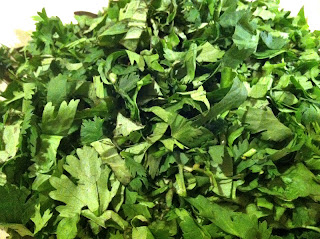 One Year Ago: Mussels Linguica

Instructions:
1.  Dressing:  In a small saucepan, warm the vinegar, sugar and salt, until the sugar dissolves.  Remove from the heat and add chile and sesame oil.  Allow to cool, then add lemon juice and lemon zest.

2.  Salad:  Heat oil in large pan and shallow-fry the eggplant in three to four batches.  Remove, sprinkle liberally with salt.

3.  Cook noodles in boiling water for 5-8 minutes, until al dente.  Drain and rinse under cold water.  Shake off excess water and allow to dry on a dish towel.

4.  In a mixing bowl, toss the noodles with mango, eggplant, basil, cilantro, garlic, and shallot.