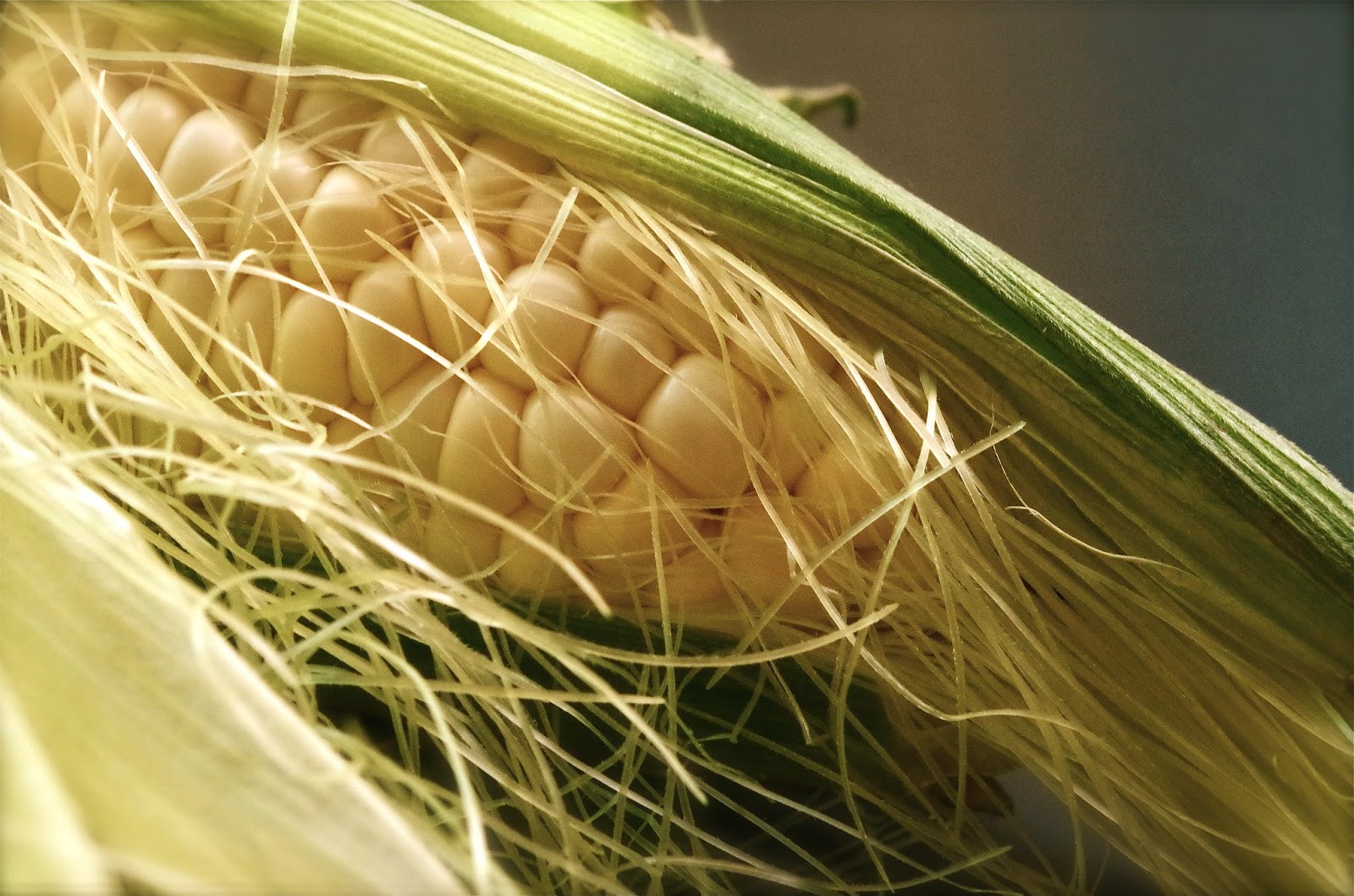 This recipe for an amazing sweet corn panna cotta with a blueberry topping comes to you twice.  Let's talk about attempt number one. 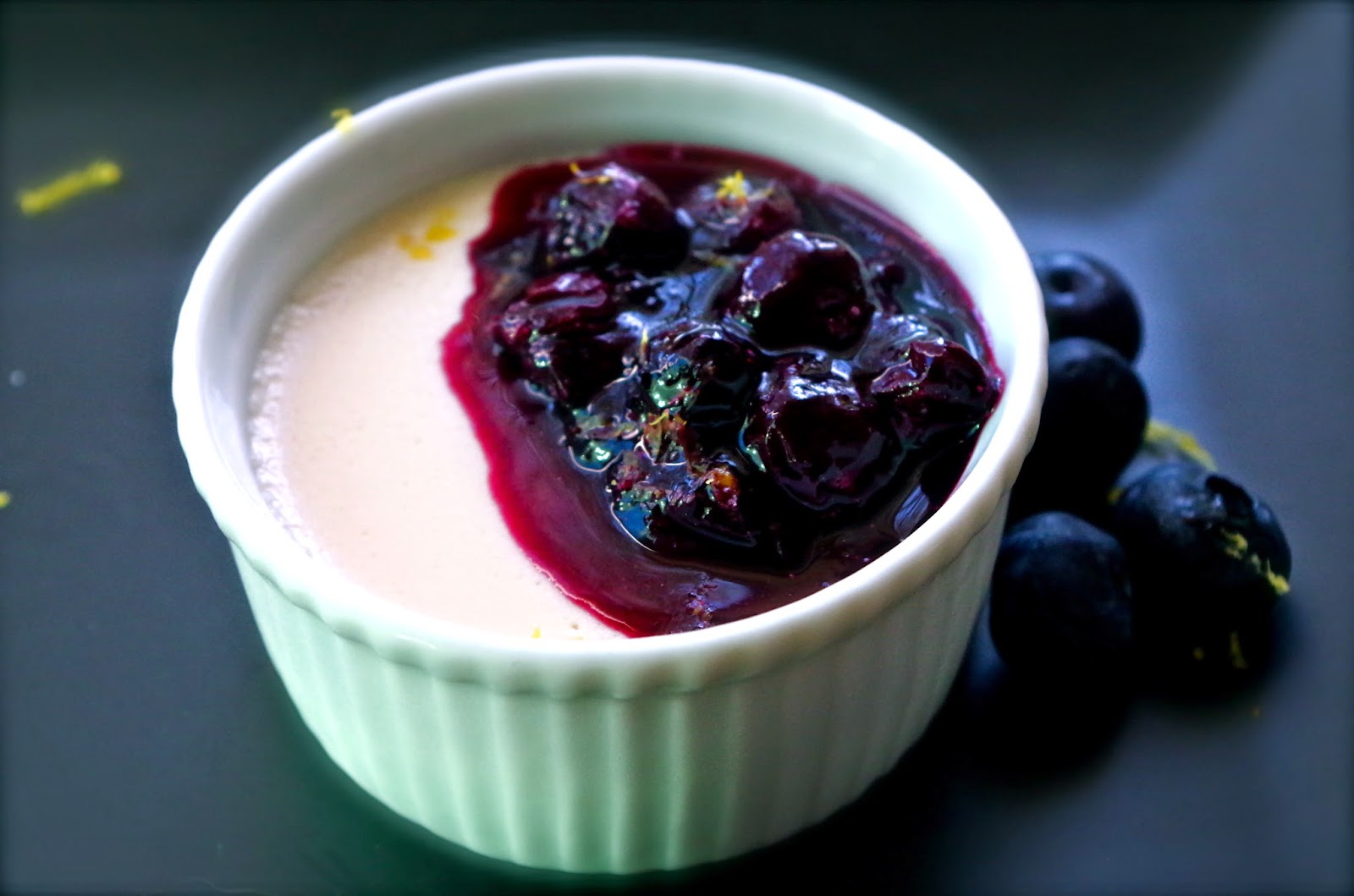 The real name of this recipe from Food and Wine and Tracy Obolsky is Sweet Corn Panna Cotta with Blueberry Compote; however, the recipe that followed in the magazine was not for a compote at all.  It seemed more like a fresh blueberry. So I went to David Lebovitz for a rescue, and I made his blueberry compote, complete with a splash of gin.  He swears by that little hint of pine with the blueberries.  I just swear by gin. The compote was sweet with an unexpected but completely mellow earthiness.  I could eat this compote by the spoonful, and when it turned out that I had plenty left over, I almost did.  I did show some restraint and smoothed some of it onto toast the next morning.  The compote was beautiful.

However, there was one problem.

The compote was much too sweet for a corn panna cotta and you couldn't taste the corn at all.  Plus, the panna cotta was too overpoweringly sweet itself.  Everything just smacked of sugar.  Now, I love sugar as much as the next sucrose addict, but this was ridiculous.  Both the compote and the sugar in the panna cotta had to go (or at least be radically cut down).

(I didn't include the recipe for the blueberry below because it didn't work for this recipe.  However, if I make it again (and I bet I will because there are crepes and pancakes and waffles that need it), I'll link to it here).

So I tried again. 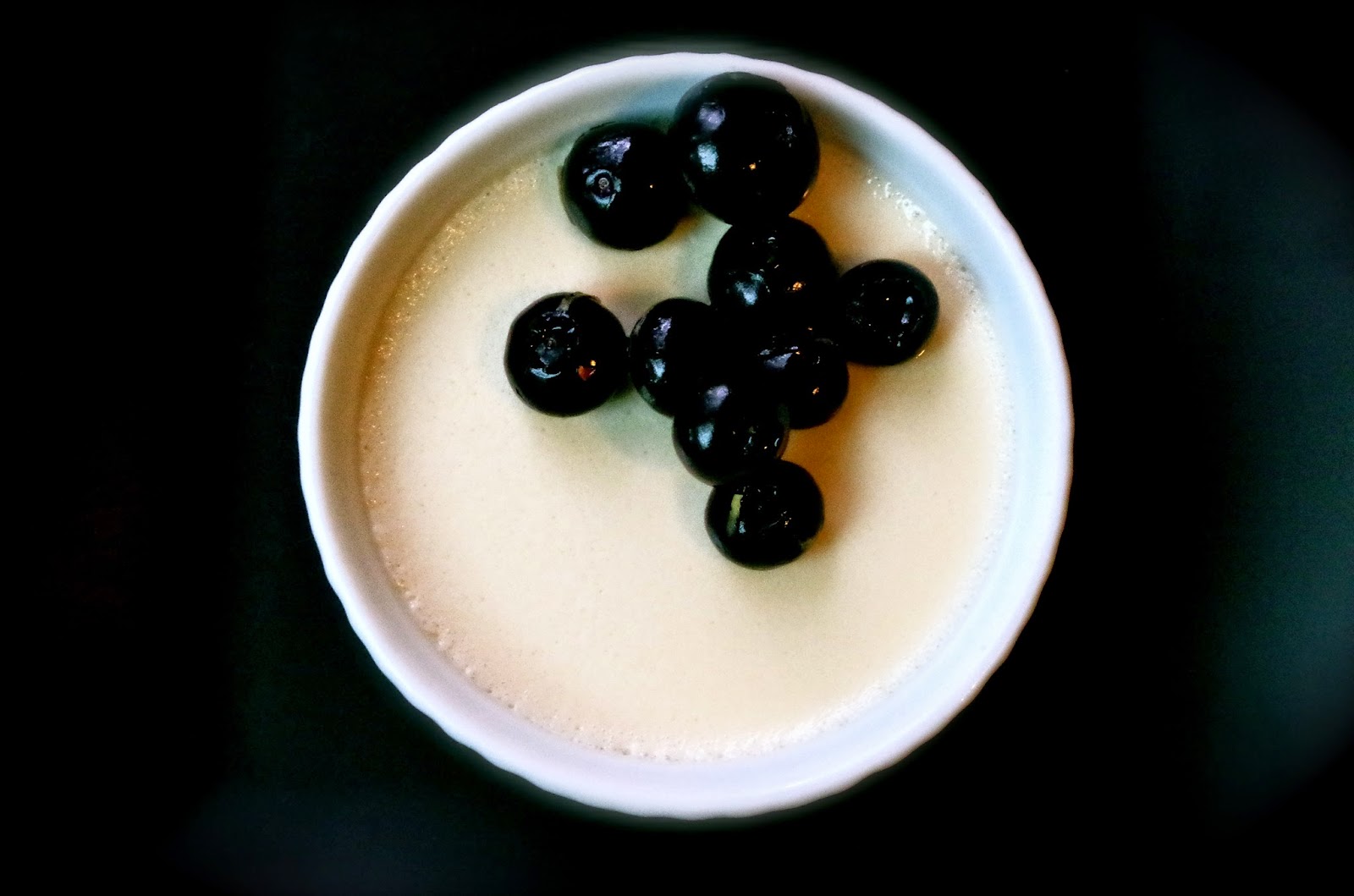 Attempt number two was much more successful.  After husking the corn (with that squeak that reminds me of summers in the Midwest.  My father would send my brother and me to the back deck to husk the corn into paper bags.  Hot, sticky, and humid, the air roared with cicadas or crickets as we watched fireflies begin blinking in the dusk.  And corn has that smell--green, sweet, summer.  Ah, corn.)--anyway, after husking the corn, I steamed it up, cut back on some of the sugar (reflected in the recipe), and renamed the recipe.  Now, it's not Blueberry Compote, but Fresh Blueberries.

The blueberries are no longer cooked, but left whole, and I removed the sugar from the blueberries and added the gin--because David Lebovitz said so.

And you'd be none the wiser if I hadn't told you that I made all these alterations, for now it's a much more delicate dessert, one worthy of sweet corn and fresh blueberries.  One worthy of the end of the summer.

If you want to see the original recipe, and to try tweaking it on your own, click the link below.  However, if you want a recipe that has been tried and verified by a Midwesterner who loves corn, follow the recipe below.  I still put the gin in the blueberries.

Instructions:
1.  For the panna cotta: In a medium pot fitted with a steamer basket, steam the corn until tender, 15 minutes. Let cool, then cut the kernels from the cobs (you should have 1 1/2 cups); discard the cobs. Transfer the kernels to a blender.

2.  Meanwhile, in a heatproof medium bowl, sprinkle the gelatin over ¼ cup of the milk. Let stand for 5 minutes.

3.  In a small skillet, combine the remaining 1/2 cup plus 1 tablespoon of milk with the cream, salt and both sugars and bring to a bare simmer, whisking to dissolve the sugars. Scrape the hot milk mixture into the gelatin and stir until the gelatin dissolves. Pour the mixture into the blender over the corn and puree until smooth.

4.  Strain the puree through a sieve into a large bowl, pressing on the solids; discard the solids. Strain again without pressing; discard any solids in the sieve. Pour the panna cotta into four 8-ounce ramekins in an ice bath.  Cover and refrigerate overnight until firm.  (I did overnight.)

5.  For the blueberries: In a large bowl, combine all of the ingredients and mix. Let stand for at least 30 minutes, stirring occasionally.

6.  Serve the panna cotta in the ramekins with the blueberries.