Cookbook #31: The Thrill of the Grill 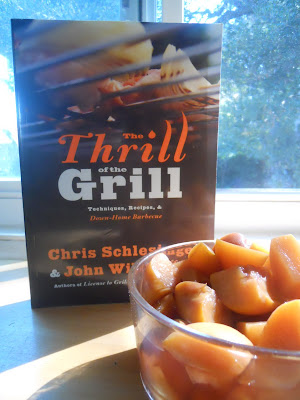 Adapted from Cookbook #31:  The Thrill of the Grill

I have had these bourbon peaches sitting in a bourbon, vinegar, mint, and clove bath for about two weeks, and I have been anticipating this day for some time.  And here it is, filled with bourbon-y goodness.  Our chefs (Schlesinger and Willoughby, who were also our chefs two weeks ago) suggest serving these with venison (recipe on page 208).  They believe that the strength of the bourbon goes well with a gamy meat.  However, the husband and I served them to friends with a pork tenderloin that was all gussied up with salt, pepper, and olive oil and smoked in pecan chips.

Not that I have anything against venison.  Growing up I ate a lot of venison--or at least whenever my uncle "bagged" a deer.  I am not sure he ever used the term "bagged" but I suspect he did.  His garage had been converted into a woodworking shop, and every fall, he would bring in a deer or two, and the room would transform into an in-house abattoir.  My mother wouldn't let me watch my uncle clean the stiffened deer, but I knew what happened in there.  Soon after, my aunt would fill the freezer with venison steaks, and she and my uncle would invite the whole family (and seeing as my mother has seven brothers and sisters, the whole family was quite a big one) for spaghetti dinner.  The sugar-sweetened sauce (hey, we're midwestern) had that doubly-sweet tang of venison.  I remember my brother loved it, until he knew it was Bambi, and then he had some trouble swallowing. While I have no problem eating venison, I just couldn't justify another overpriced trip to the butchers this week (and we all know deer hunting season isn't until the fall... I am really showing my roots here), so we settled on pork, which we had in our own freezer. 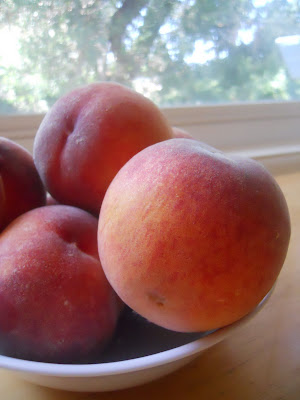 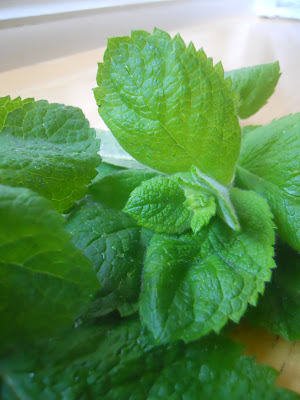 Anyway, back to these backyard bourbon peaches... On a sunny Saturday afternoon, the husband and I swept the patio, laid out the tablecloths, and refrigerated the beer in anticipation of having two dear friends and their two boys over for an early dinner.  Our neighbors two or three houses behind us were having a party, too, and they brought in a band.  Garage band versions of White Stripes songs in the afternoon!  It wasn't bad at all.  And these peaches were pretty tasty.  However, perhaps it was the over anticipation of bourbon! mint! cloves! or the fact that I have had a lot of pickled peaches of late, but I didn't find them as transcendent as I had hoped.  Yes, they were a fine accompaniment (as well as fresh corn and a beet salad (with left over garlic confit! in the salad dressing)) to the tenderloin, so they were at least worth the soaking time.  So, I do recommend these little bombs of bourbon happiness, and I just need to think of more ways to use them.

I also (re)discovered my house is not five-year-old friendly.  Our friends' son wanted to know if we had any balls to play with in the backyard.  Sadly, we had none.  But we did have crayons; he amused himself by taking the wrapping off of twenty crayons.  Pretty spectacular. 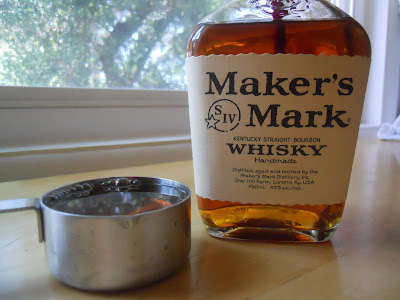 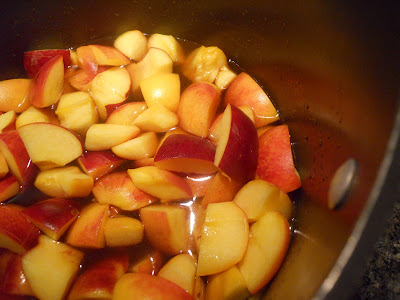 Okay, people, this is not quite the end of the month of peaches.  So keep heading to the farmers markets for these morsels of tasty goodness.  Next week (or so), we will be having peach crisp or crumble or cobbler or something (perhaps I will learn the difference between the three and bring it back to you here).  Until then, we still need to finish eating the bourbon peaches, the peach chutney, and the pickled peaches. 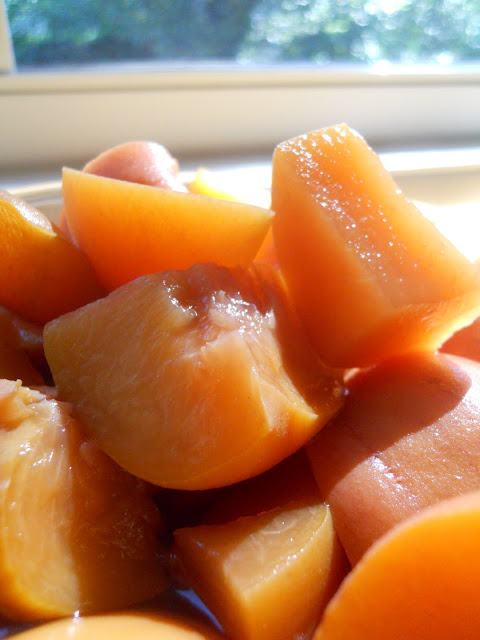 Instructions:
1.  Combine the sugar, water and vinegar in a saucepan, and bring to a boil, stirring until the sugar dissolves.

2.  Add the peaches and cloves, simmer for 5 minutes, then remove remove the heat.

3.  Allow to cool to room temperature, then pour it into a quart jar.  Add the bourbon and mint, cover tightly, and refrigerate for at least 1 week.  Will keep up to 6 weeks covered airtight and refrigerated.

Peaches The Thrill of the Grill Whiskey