Continuing in my squash-related posts...

I love risotto.  However, I didn't grow up with risotto, as my (single) mother (of three) often opened a can or a box, added sauteed hamburger, poured us a glass of milk, and called it a meal.  She had a lot more to do than stand at a stove and stir constantly, as risotto demands that you do.  Further, she wasn't taking any chances on whether we would like dinner.  She stayed with what was tried and true--chili, tuna tetrazzini, tacos, and spaghetti.  She made the mistake once of letting me choose my dinner for myself. 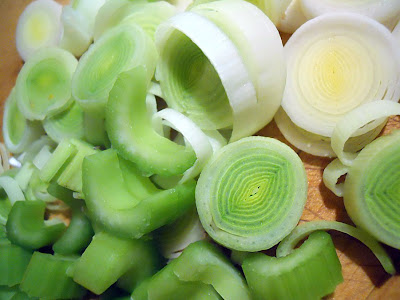 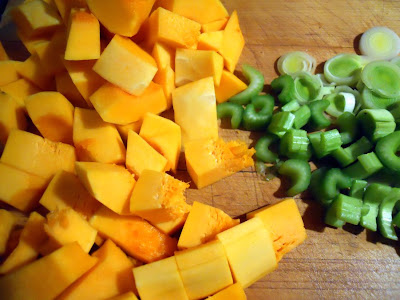 Imagine with me: my mother's first birthday celebration after her divorce from my father.  Younger than I am now, she was taking her three children (ages 9, 8, and 2) to the nicest restaurant in town.  For something special, she announced that we could order anything we wanted--what joy for a seafood-loving, land-locked, midwestern girl.  I scanned the menu, quickly passing over the pasta and the children's chicken tenders.  And then there they were--stuffed soft-shell crabs.  My mother asked if I was sure, and when I said that I was, she repeated the question before letting me sit proudly on the edge of my chair to order directly from the waiter.  I placed my napkin on my lap, kept my elbows off the table, and kept my left hand down when the plate of crabs was placed before me. 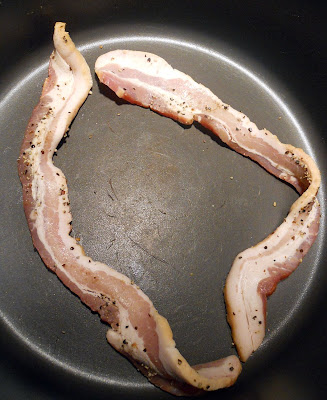 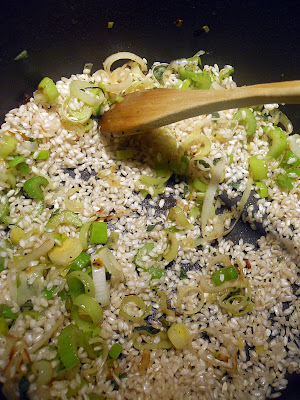 Crabs. I was expecting bright orange pincers stuffed with sweet, salty meat.  Instead, I found a dun-colored, whole-body shell stuffed with brown mushy crumbles that looked as if they had already been chewed (I have come to understand not that those were probably herbed breadcrumbs).  Their bellies were torn open and then their backs precariously propped back on. They even had eyeballs. 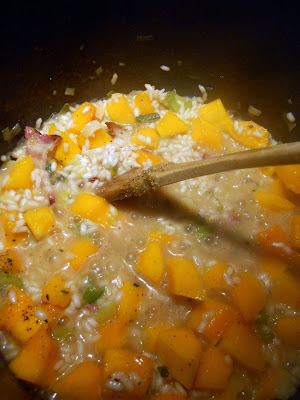 I drank my glass of milk.  I smoothed my napkin.  I pushed the top of the crab shell around with my fork.  Then, unable to stall any longer, I pried open the shell and lifted a minuscule bite to my mouth.  Immediately I started to cry.  I wanted to like the food because it was my mother's birthday and I didn't want to ruin everything and I wanted to be all grown up and I was taught not to waste food and I was so certain I liked crab.  My mother tried to calm me, but I said I just wanted the vegetable on my plate.  She looked around the restaurant, giving that half smile to the other patrons who were starting to glare at us.  There were no vegetables.  I blubbered that I didn't like the crab, I was so sorry, but could I just eat the vegetables, and I didn't want to ruin her big night.  By then my older brother was weighing in with unhelpful advice and my little sister was beginning to fuss.  All I want are vegetables, I cried.  But there are no vegetables, my mother insisted.

But I meant the parsley.  Yes, the garnish, the adornment, the little spot of green.  And that is why for my mother's 35th birthday, I ate parsley for dinner.  And why, I imagine, she (rightfully) didn't bother to take many chances in the kitchen with three children under the age of ten. 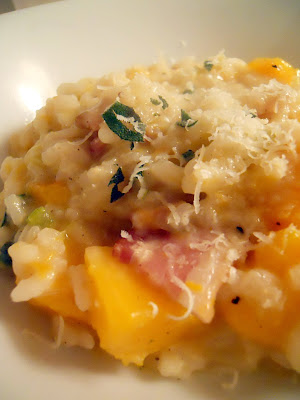 This risotto, however, may have been something I would have eaten as a child, because it is darned tasty.  I added bacon as the base because we didn't have any white wine, and when in doubt, bacon can be substituted for anything.  Plus, I just thought bacon would be good as the base.  The original recipe calls for 1 teaspoon of oil with the leek and celery and then 1/3 of a cup of white wine as the first round of liquid.  Then you carry on with the rest of the recipe with the chicken broth.  The end result is quite savory.  Had I not told an elaborate and completely unrelated story about stuffed crab shells, I would have given you more history of risotto.  But this just means that I will need to make another risotto in the near future, and then I will give you a much more relevant post.  In the mean time, just be sure to always garnish with parsley. 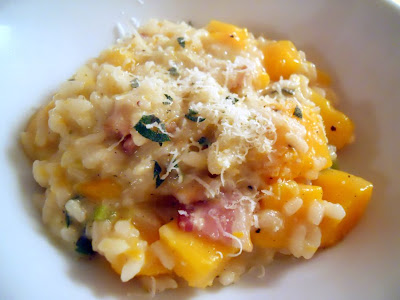 One Year Ago: Frakh Ma'amra (Mediterranean Pigeons or Squabs Stuffed with Couscous)

1.  Heat bacon in a large saucepan over medium heat.  Cook until bacon is crisp.  Remove bacon from pan and crumble.