Potato Pizza from The Cheese Board

Pizza has always played a substantial role in my life, yet for many years I even reported that I did not like it much. And it’s true that there are pizzas that I don’t care for: those with thick, spongy crusts and pooled oil on the surface. I like crispy, light crusts straight out of a wood-fired oven with a smattering of veggies and rich cheeses on the surface. Lucky for me, such pizzas are easier and easier to come by—from the CheeseBoard and Pizzaiola to Piaci’s and Zachary's*—and are just as easy to make at home, even sans a wood-fired oven.


*Okay, Zachary's is stuffed pizza, but I make an exception for Chicago-style pizza, especially in the Bay Area. 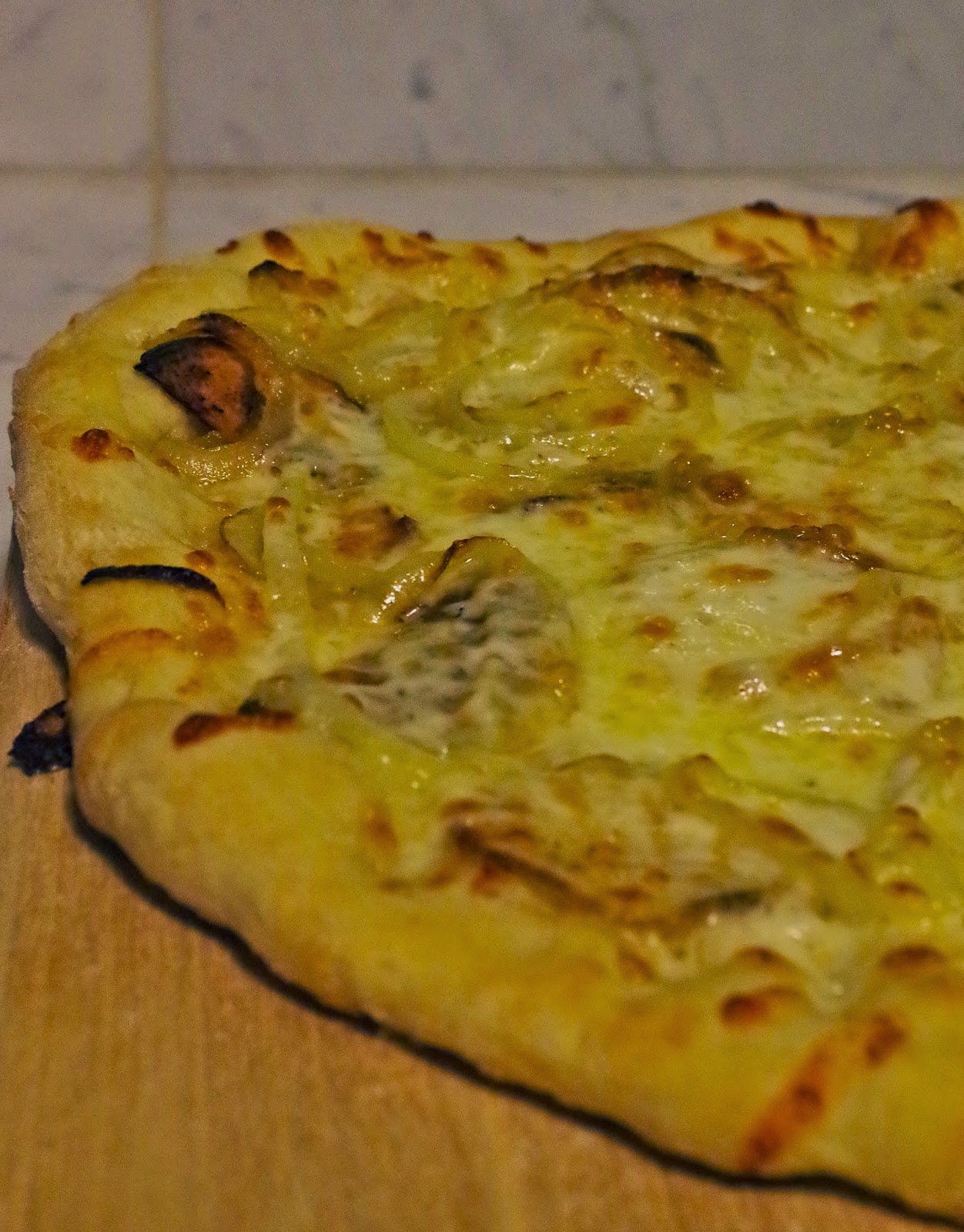 The goal here is to make a crispy, thin crust with just the right amount of sturdiness and crispiness without producing a crust that tastes like cardboard. Then, you have to top that perfect crust with interesting combinations. This recipe provides both. While this potato pizza may seem a little heavy on the starch—what, with dough and sliced potatoes—don’t let starch aversion keep you from making this pie. It has been a perennial favorite from this cookbook, so this posting is one that comes with years of testimonial about its tastiness.