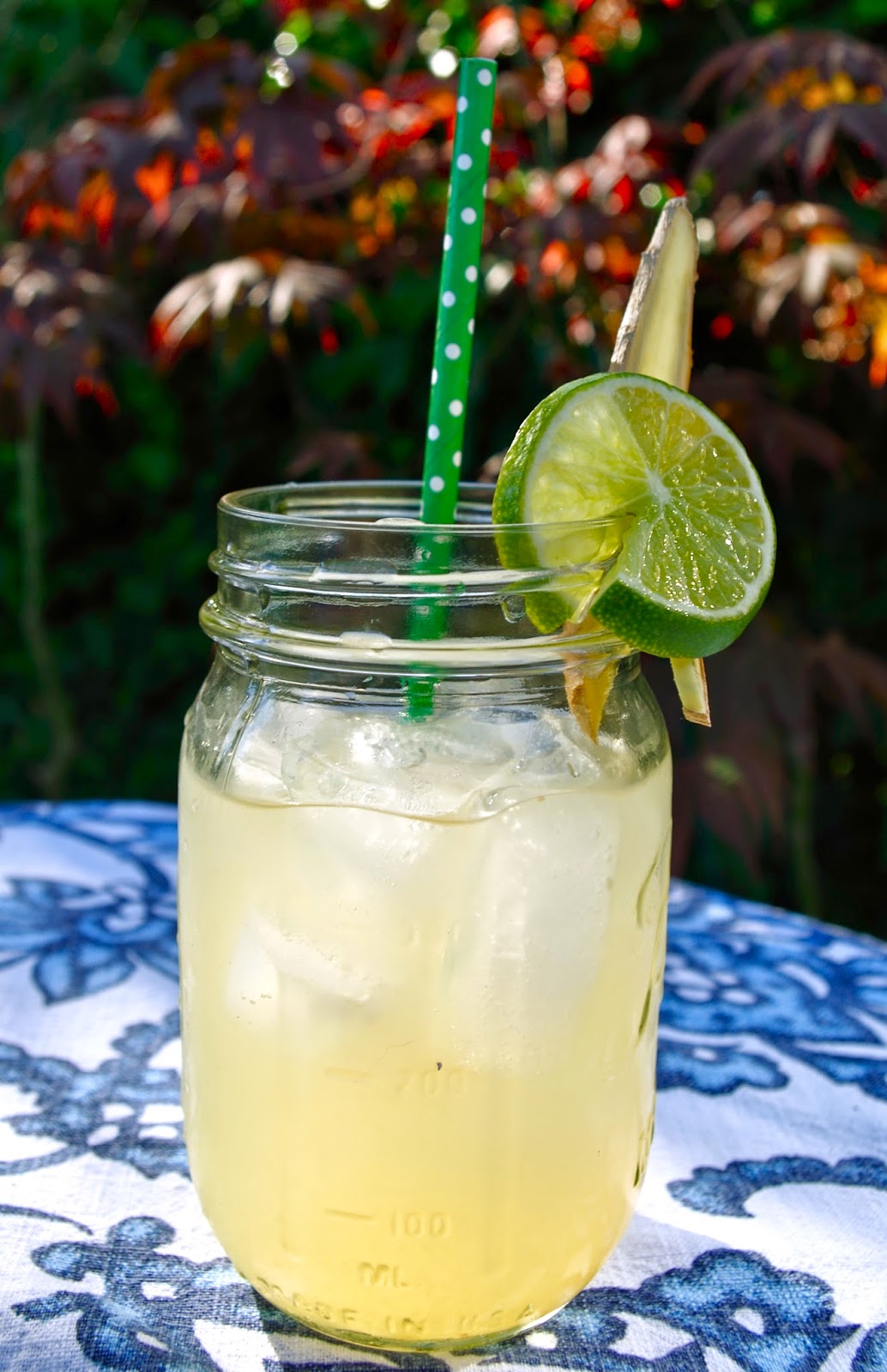 I did say this blog needs more drinks.

Let's talk libations, shall we?

I couldn't be more pleased about this little cookbook, Punch Bowls and Pitcher Drinks, and its recent addition to my athenaeum of cookbooks. Seriously, I need more books devoted to the cocktail, and this book does the trick. Dedicated not to the single sipper, the recipes encourage parties, crowds, or at least a slow leisurely drink in the backyard with the husband. So far, we have tried three different drinks (including the Strawberry-Meyer Lemon Sparkler with Lavender and the Lychee Mojito Punch) and I cannot wait for the weather to turn cold again (yes, I am already anticipating the December holidays) so I can try the Wassail and Aztec Hot Chocolate and Cranberry Ginger Punch. Lucky for me, because the book boasts a bevy of summer-themed drinks, so I suspect I will be able to bide my time well until then. 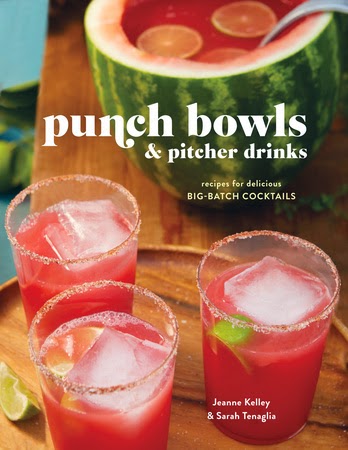 One such drink is this take on a classic cocktail, the Moscow Mule. With a moniker like this, the drink seems to have origins in communism, but its story is about as capitalist as it comes. Apparently the cocktail came about because recent appropriator of Smirnoff vodka, John G. Martin, was having trouble moving product off the shelves in the late 30s and early 40s because not many (save pockets of Polish and Russian immigrants) were drinking vodka then (gin was the spirit of choice for the bibulous American). Further, Hollywood bar owner Jack Morgan couldn't sell the ginger beer from the shelves of his English-styled tavern, Cock 'n' Bull.  The two sat down together with another friend to come up with a solution, and as Morgan tells it, "We three were quaffing a slug, nibbling an hors d'ouvres, and shoving toward inventive genius." The story continues that Morgan's girlfriend owned a company that made copper mugs, and she suggested that the drink be served in engraved mugs to make the drink stand out. Thus, the recipe seems to be something like this: acquire an ailing company, down a few drinks with a friend, come up with a new concoction, enlist your girlfriend, offload some unsellable product, make it rich.

Then the marketing got about as American as you could get.  According to boozenews:

"They ordered specially engraved copper mugs and Martin set off to market it in the bars around the country. He bought one of the first Polaroid cameras and asked barmen to pose with a Moscow Mule copper mug and a bottle of Smirnoff vodka. Then he would leave one copy of the photo at the bar and take a second copy to the bar next door to show them that their competitors were selling their concoction. Between 1947 and 1950, thanks to their invention, Smirnoff vodka case columns more than tripled and nearly doubled in 1951."

(All this makes a good story, doesn't it? However, Wes Price, the head bartender at Cock 'n' Bull, lays claim to the recipe as well, and his telling is simply that he was trying to move some inventory in the basement; his recipe caught on, and the rest is history). 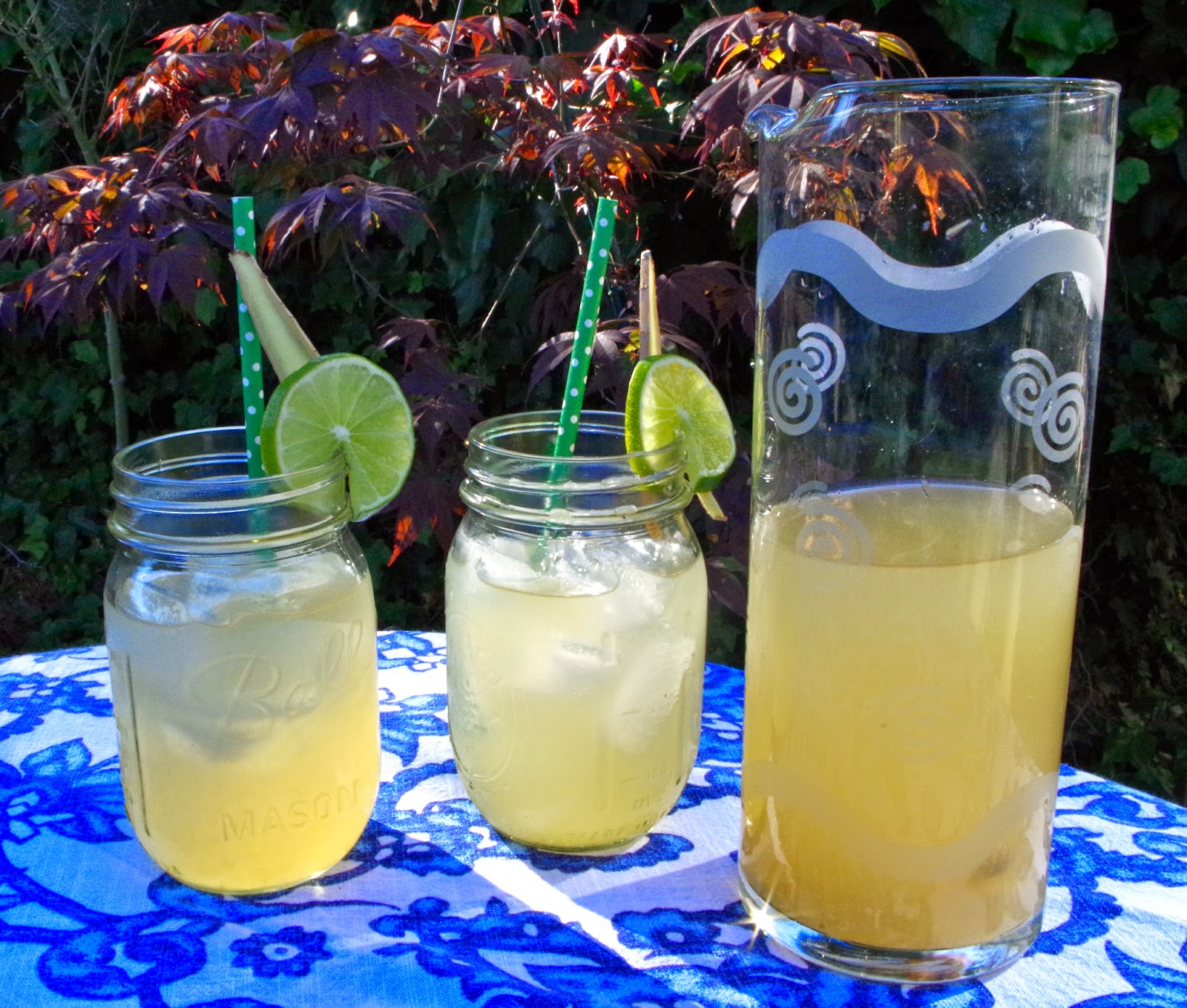 But here comes the twist. Given the red scare of the 1950s, backlash was sure to ensue against the Moscow Mule. Unionized bartenders announced a boycott on the presumed-Soviet import, and Smirnoff had to declare it was not, and certainly had never been, part of the Communist Party (again, according to boozenews):

"In support, Walter Winchell, [an American journalist], wrote in 1951, 'The Moscow Mule is US made, so don’t be political when you’re thirsty.  Three are enough, however, to make you wanna fight pro-Communists."'

The drink died off in the 60s with the advent of the hippies who demanded a different sort of brew, but recently it has had quite a resurgence. Nowadays you can find this libation on many a drink menu, and a long list of people are getting behind the craze of updating classic cocktails with a bit of a twist (from Moscow Mules with Cucumber to a Holiday Mule). Even Oprah declared the Moscow Mule to be one of her Favorite Things of 2012, and for $145, you too can have Oprah's personal recipe along with four copper mugs, a bottle of Grey Goose, and a polished aluminum tray. I'd say the Moscow Mule has reached the pinnacle of American success: Oprah. 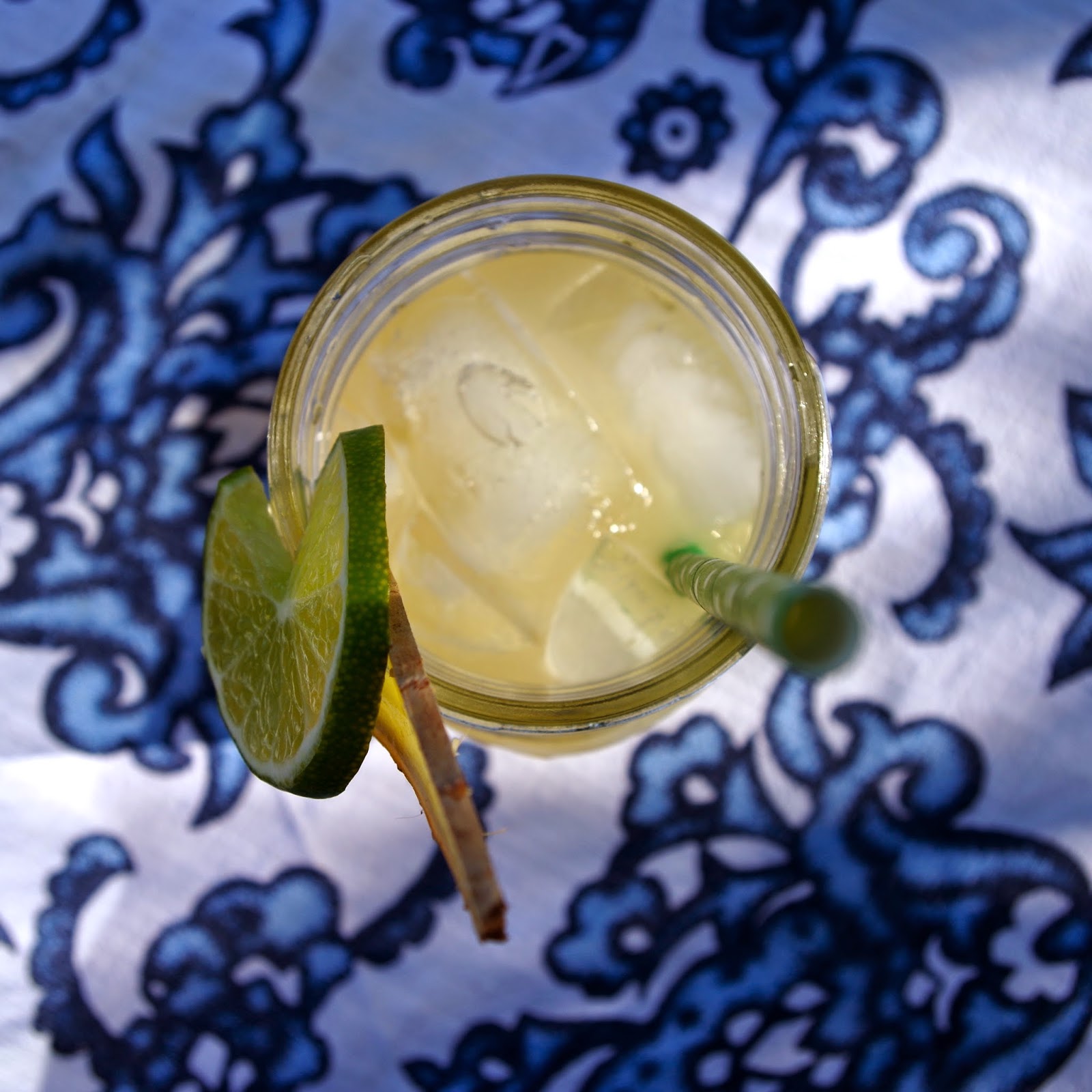 This little bar book presents a recipe that is far more egalitarian. The drink is as much punch as it is mule. Coupled with green tea and vodka, the diet ginger beer makes a light, almost fruity drink that goes down pretty easy as part of the appetizer portion of the first barbecue of the year. I couldn't bring myself to purchase copper mugs, as they are pretty pricey, and it drinks just as well from a mason jar. Definitely use ginger beer over ginger ale, as ginger beer is a concoction of ginger brewed with water and sugar (whereas ginger ale is basically carbonated water, sugar, and ginger (sometimes relegated to mere ginger-flavored syrup)). While ginger beer is usually bottled quickly to stop fermentation, you can actually buy fermented ginger beer (one of our favorites is Hollows and Fentimans). However, for our purposes, we used Bundaberg, which has a nice diet ginger beer. That said, there are a lot of good ginger beer brewers out there, so choose your favorite.

We were happy as could be as we sat outside in a recently spruced-up backyard, sipping our skinny Moscow Mule punch, nibbling on pita dipped in feta dip, munching on olives and almonds as we waited for the grill to heat up. While we didn't have any recently-purchased vodka companies or unsellable product we needed to move, the husband and a set of the in-laws and I all toasted the Mule and the start of barbecuing season. It's not summer yet, but the punch from my new little bar book brought us one sip closer. 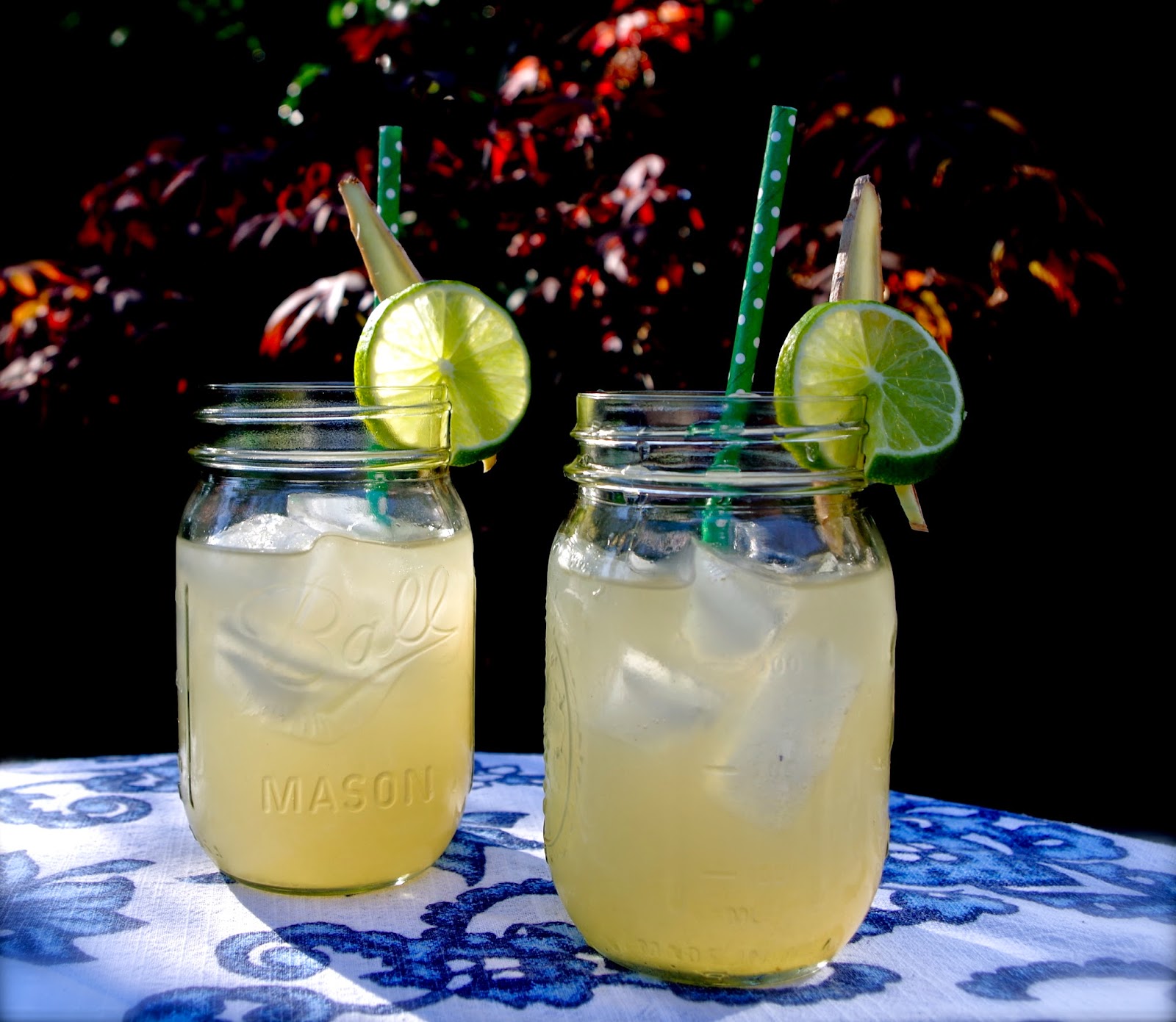 That said, if you need a standard Moscow Mule, it's just as simple. Mix together 2 ounces vodka, 4-6 ounces ginger beer, and the juice from 1/2 a lime. Serve over ice.  (Serves one.)