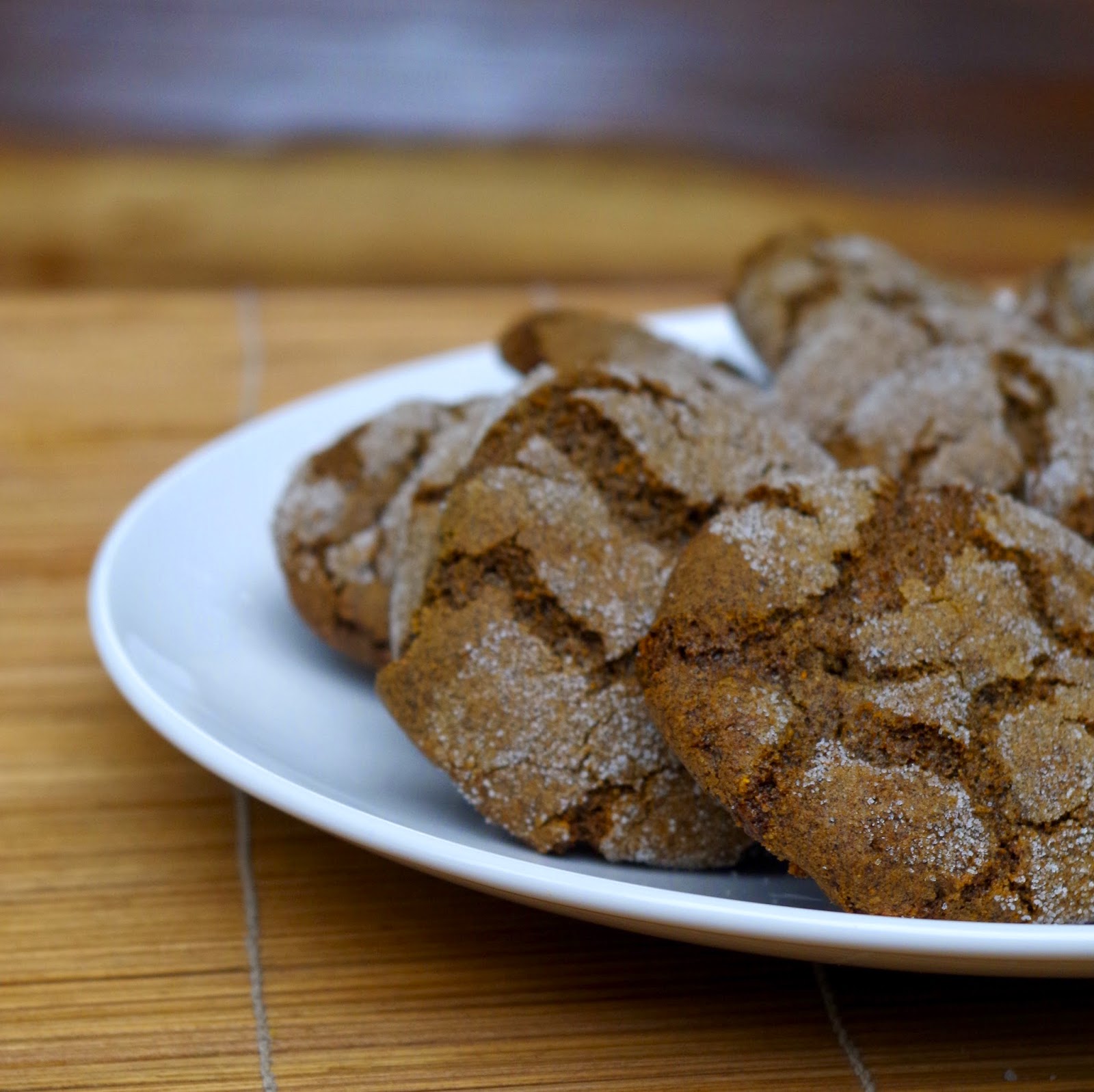 
Certainly gluten-free cooking is catching hold these days, and when I had the opportunity to grab this cookbook, I did. While I am not gluten-free, I have friends who are, so I want to have a reliable cookbook on hand should I be doing some cooking for them. But even further, as a culture we do have quite a reliance on wheat. While I want to support the most significant industry from the husband’s home state of Kansas, I also think it’s important to diversify one’s cooking—to not just rely on the standby, to mix it up. So even if I can and do relish eating wheat, I am not at all averse to adding gluten-free flours into my repertoire. 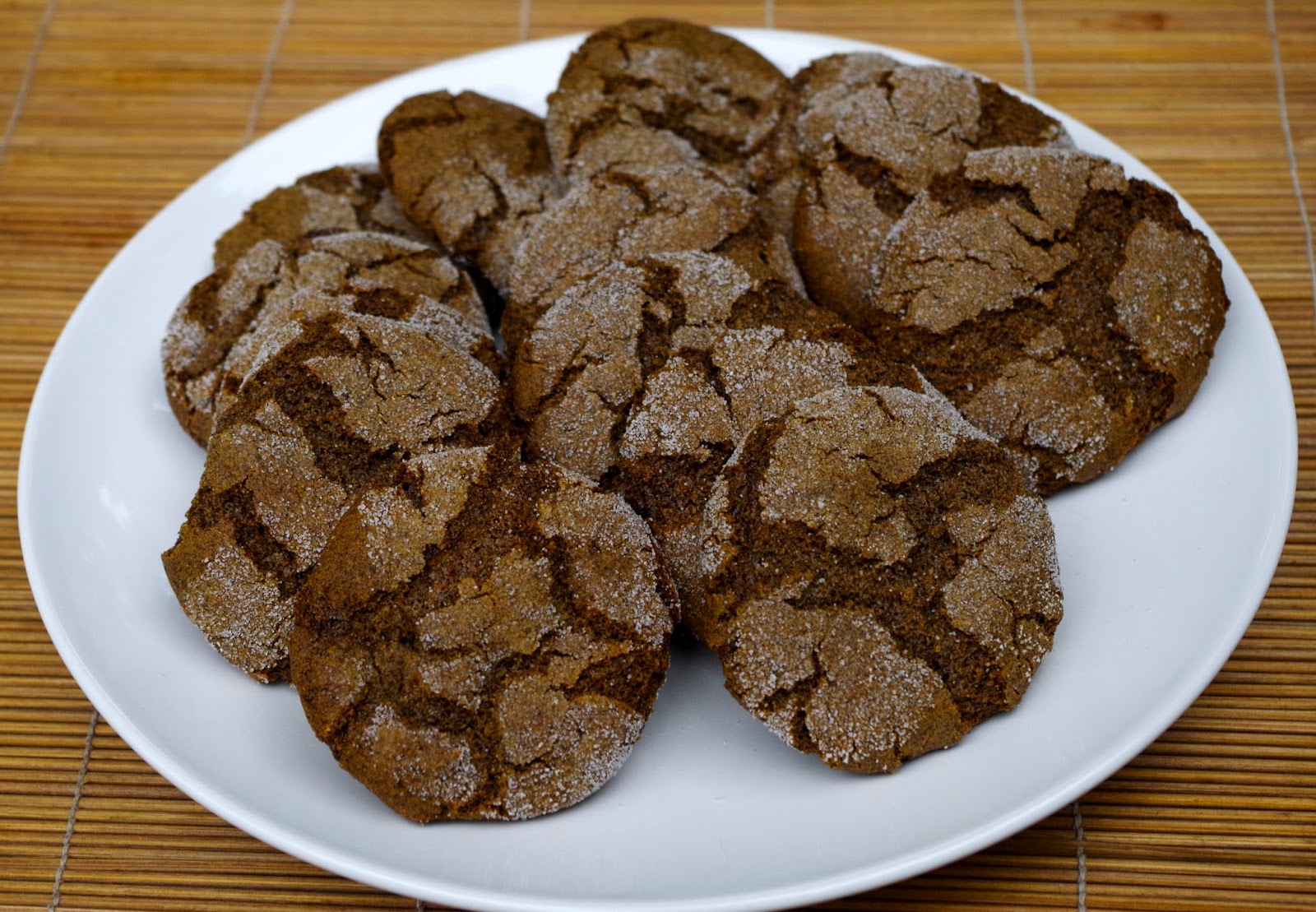 Immediately, I liked this cookbook. Delightfully, Cain gives detailed explanations as to why gluten-free baking works (and sometimes doesn’t) with an extensive introduction for the scientist in you. She examines hydration ratios, flour mixtures, kneading challenges, pregelatinizing starches, and delayed fermentation all with an eye toward making the best gluten-free products she can; and certainly Cain has to stand behind these recipes, as she is the owner of Against theGrain Gourmet out of Vermont.


Committed to more natural cooking, Cain set out on her gluten-free baking journey with a mission to make her goods gum-free. Further, she wanted no mystery additives (you know, the ones you can’t even pronounce). Thus, she eschews xanthan or guar gums in favor of well-chosen starches and proteins or chia seed or flaxseed slurries. Further, she also explains the origins and properties of a multitude of gluten-free flours—both grain and non-grain based, including teff, corn, millet, oat, coconut, flax, amaranth, and quinoa. That said, her recipes are straightforward, well explained, and easy to follow. In sum, this cookbook is one you can turn to if you are gluten-free baking novice— like myself— who wants to know why gluten free baking works, but also if you just need to grab a quick recipe and rely on its success. 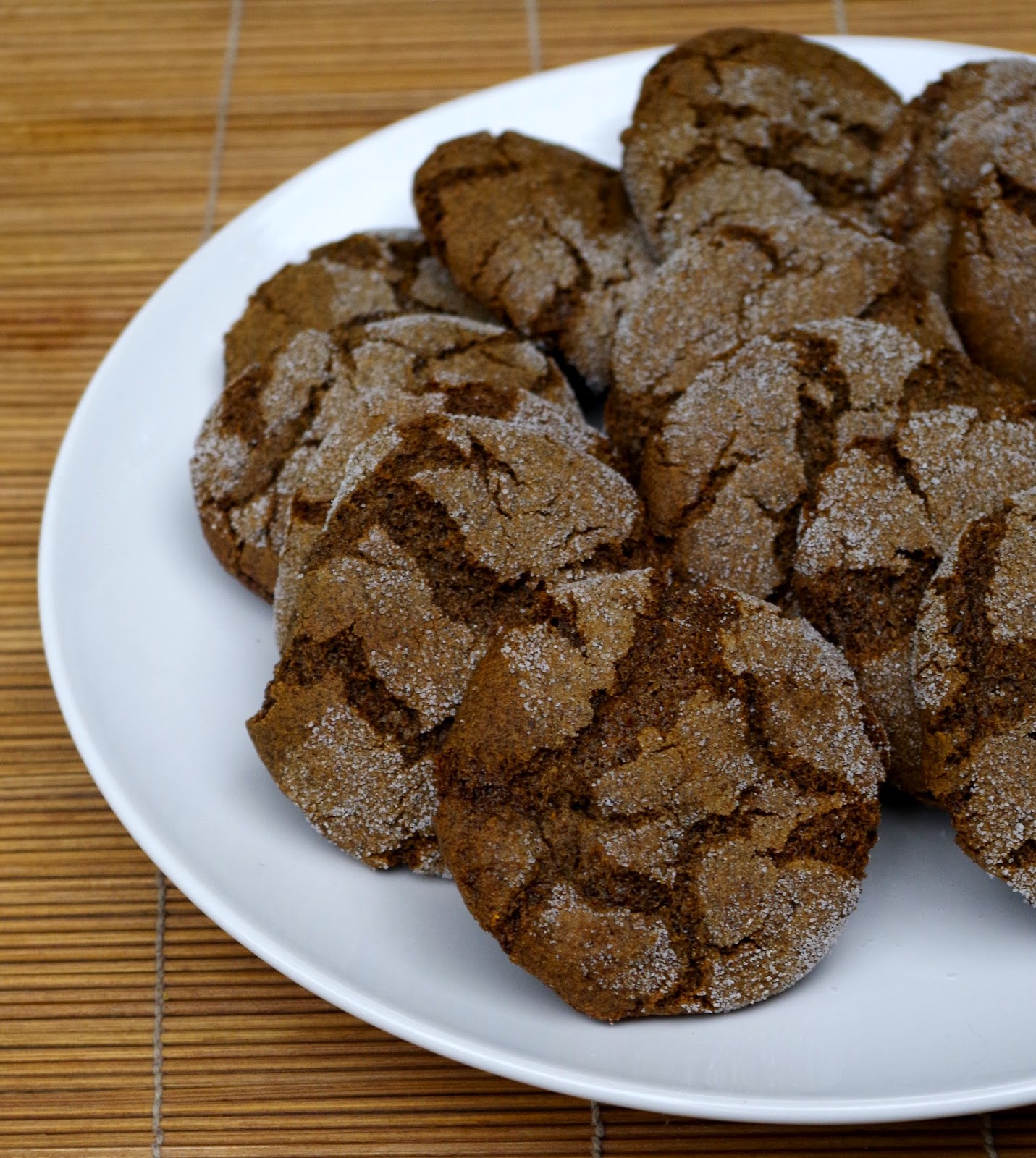 Finally, what I particularly like about this cookbook is that before every one of her over 200 recipes, Cain tells a story in her headnotes. I love the stories behind food. For me, as for any literature buff, food is never just food. It is about consumption and denial, community and isolation, abundance and scarcity, connection and detachment. (Her headnote for the ginger snaps talks about her adaptation of an old Yankee Magazine recipe and her family’s love of this particular cookie.) Cain’s stories are as lovely as her scientific introduction, her extensive list of flours and equipment, and her luscious photographs.


Okay, given all that, let’s turn to this post’s particular recipe—Yankee Ginger Snaps 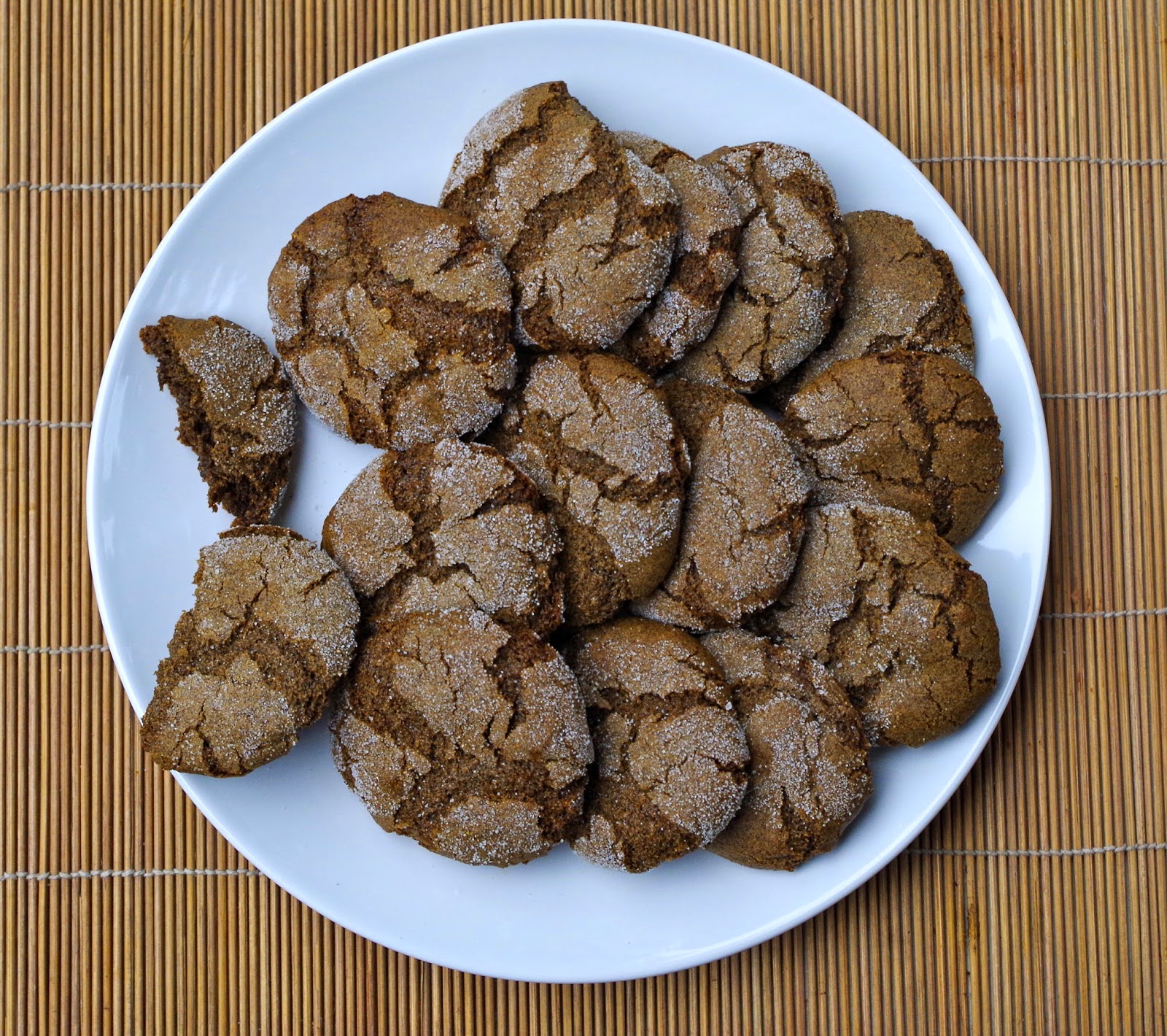 Two ingredients in this recipe may throw the gluten-free baking novice for a loop: buckwheat flour and tapioca starch. Both can be found at well-stocked groceries, health food stores, or online here or here. Buckwheat flour, it turns out, is not wheat at all, which is confusing, given its name. Instead, the flour comes from a fruit related to wild rhubarb and sorrel. Who knew rhubarb and sorrel were related? Further, Cain by and large uses light buckwheat flour, which keeps baked goods a light golden color. However, regular buckwheat flour works just as well in recipes for darker goods. Tapioca starch (often labeled as tapioca flour) is ground from the pulp of the cassava (or manioc) plant, the starch forms a gel when heated, which is precisely what is needed to provide chewiness in baked goods, such as cookies.


These cookies were quite yummy. Snappy even. I did put in an additional teaspoon of ginger (note the range from 2-3 teaspoons of ginger), for we are a family that likes a spicy cookie. The lower amount would make a far milder cookie. The cookies were moist and chewy, rather than crumbly and sharp. Thus, the snap in this cookie comes not from the sound of breaking one into two pieces in order to dunk them into your tea; instead, the snap comes from the bite of the ginger. I would also argue that if you didn’t tell anyone these cookies were gluten-free, they wouldn’t think to ask. It’s not that one needs to hide gluten-free cooking, but it’s just that when one says ginger cookie, one expects a ginger cookie. This recipe delivers, gluten or no.


And as a final note: we have made quite a few recipes from this cookbook. While I think some tweaking is in order (definitely use light buckwheat flour for the peanut butter cookies, cook the cheese bake just a little longer), all in all, this cookbook is a keeper. 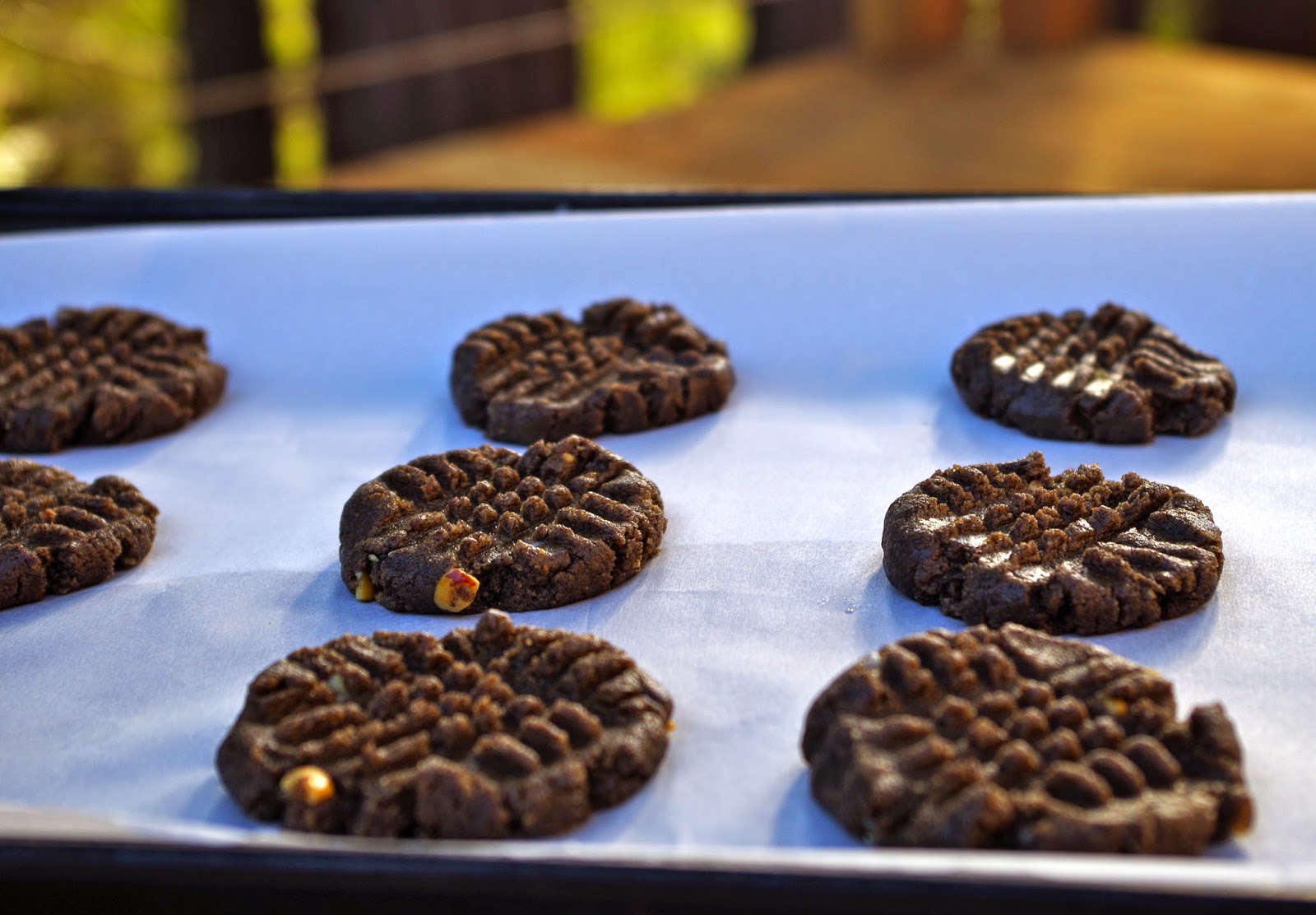 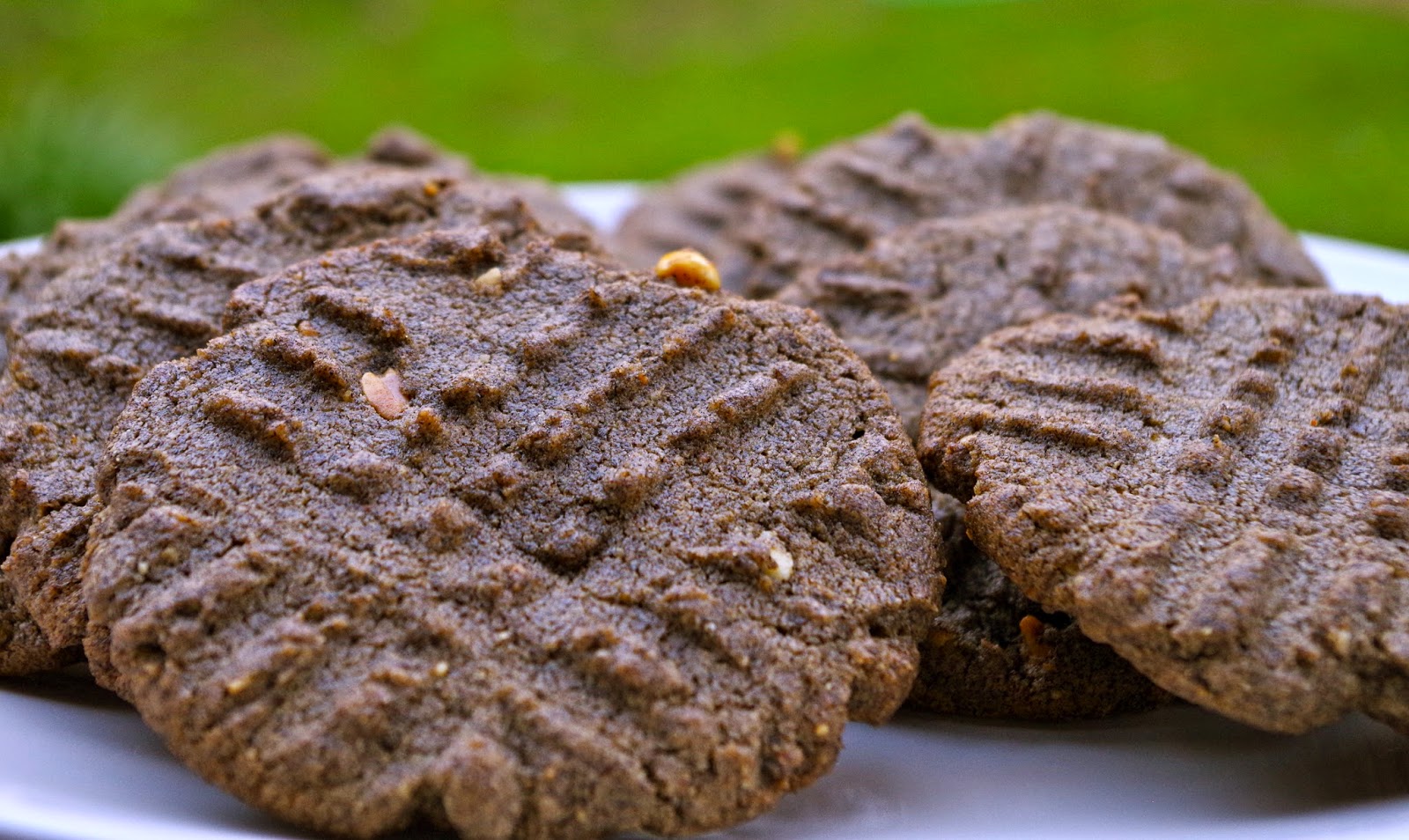 Instructions:
1.         Position an oven rack in the center of the oven and preheat to 350°F. Line two baking sheets with parchment paper.

3.         Using a hand mixer or a stand up mixer, combine the oil, egg, and 1 cup of sugar in a medium how until the batter Is light yellow. Beat in the molasses. Stir in the dry ingredients until the dough is fully blended (Cain suggests working by hand because the dough will be quite stiff, but I used the stand mixer the whole time).

4.         Form the dough into 1-inch balls and roll them in the remaining 2 Tbsp sugar. Place the balls about 2 inches apart on the baking sheets.

5.         Bake the cookies for 10-12 minutes, rotating the sheets halfway through. The cookies will spread a little and be soft and fragile when you remove them from the oven. Allow them to cool for about 5 minutes, then transfer to a cooling rack.

Instructions:
1.         Position an oven rack in the center of the oven and preheat to 350°F. Line a baking sheet with parchment paper.

2.         In a bowl, use a hand mixer on high to cream the butter, coconut oil, sugars, vanilla, and egg until the dough is light and creamy. Mix in the peanut butter until thoroughly blended. Beat in the baking soda and salt.

3.         Beat in the buckwheat flour and tapioca starch. The dough will become very stiff; use your hands to gather it into a ball.

4.         Roll the dough into 1 ½-inch balls and place them on the baking sheet. Using the tines of a fork, press down each ball until it is between ¼ and ½ inch thick. (The cookie will spread some as it bakes.) Turn the fork 90 degrees and press down the tines again to create a crosshatched pattern on the top.

5.         Bake the cookies for approximately 15 minutes, or until the bottoms are lightly browned. Allow the cookies to cool for 5-7 minutes on the pan before transferring them to a cooling rack. The cookies will be soft and fragile when removed from the oven, but will set and harden as they cool.
Against the Grain Blogging for Books Eggs Ginger Gluten Free Molasses Sugar