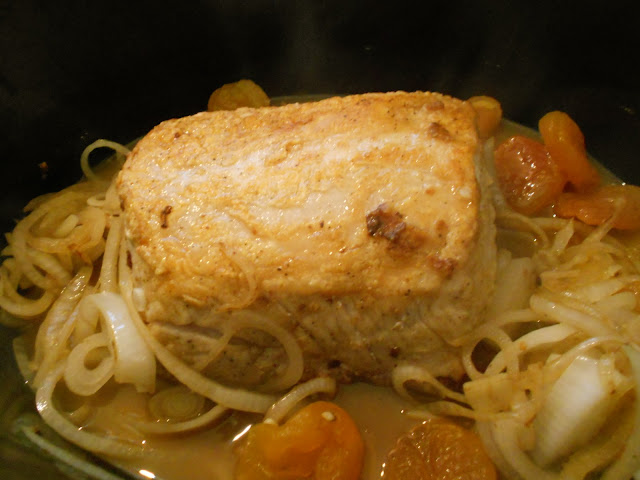 Growing up, we would eat dinner at my paternal grandmother's house at least once a month.  My grandmother was, as most grandmothers are, a character.  Her name was Gertrude.  Legend has it that she wanted to be called Trudy, but people called her only Gert.  And she was most certainly a Gert, not a Trudy.  Further legend has it that she even changed her name from Ruby to Gertrude when she was young because her last name was Stone, and she didn't want to be know as Ruby Stone any longer.  Both legends may be apocryphal.  The truth may be that she was Gert Stone from the start, but I like the idea of this young woman wanting to reinvent herself. 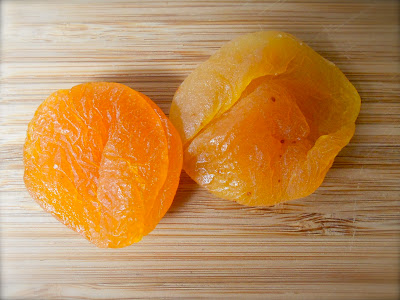 When I knew her, Gert was in her 70s and 80s.  She wore the most beautiful shades of red lipstick and had fabulous ceramic chicken dishes loaded with butterscotch candies.  She would cook pedestrian pot roasts when we came to visit, and after dinner my brother and I would wash and dry the dishes in her little kitchen with these wonderful flour sack dish towels.  The sounds of Lawrence Welk would float from the living room as my brother and I stood over the sink. 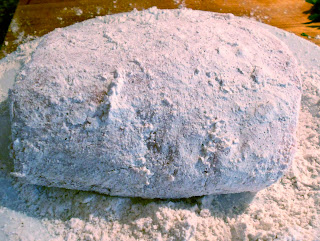 Sometimes Gert would mix it up and serve Waldorf Salad with dinner.  Other times, when she was feeling particularly adventurous, we would eat chop suey.  But pot roast always reminds me of Gert. It feels homey, a tiny bit obligatory, and steeped in another age.

However, sometimes you need to mix up what you stick in the slow cooker.  And so I made pork with apricots. 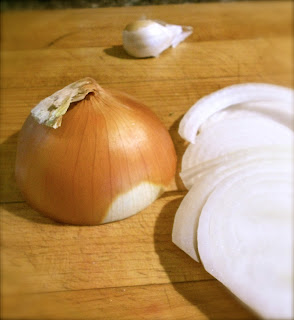 Here's what I loved--sweet Jesus, the sauce.  The apricots in orange juice with garlic and onions!  Who knew that would be so divine?  Here's what I did not like--the pork was a little dry.  I would probably put a little more orange juice and broth into the slow cooker so that it covered more of the meat.  I would also cook the meat longer.  I added times below in brackets.  But when you slice the pork and slather it in the sauce, sweet business.  This is the kind of meal that Gert would have gotten behind. Then she would have gone straight to the living room to catch Mr. Welk's show. 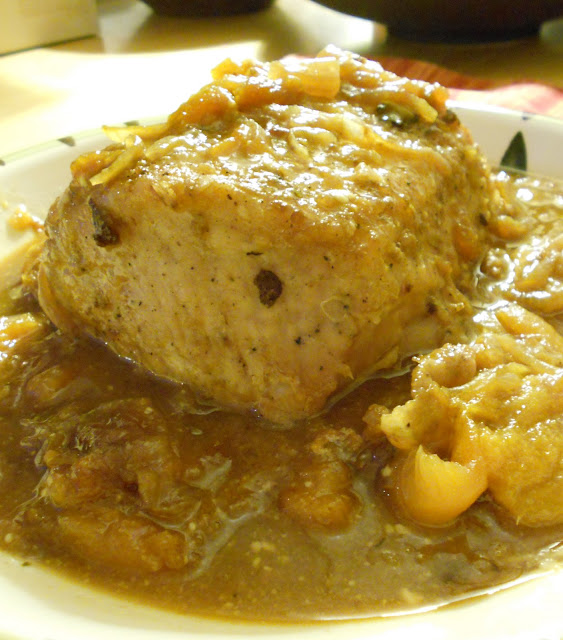 Instructions:
1.  On a plate, stir together the flour, 1/2 teaspoon each of salt and pepper.  Turn the pork in the seasoned flour, shaking off any excess.  In a large frying pan over medium-high heat, warm the oil.  Cook the pork, turning frequently, until browned on all sides, about 5 minutes.  Remove from the pan and set aside.

2.  Pour off all but 1 tablespoon of the fat in the pan.  Add the onion and saute until softened, 3-5 minutes.  Add the garlic and saute for 1 minute.  Pour in the broth and deglaze the pan, stirring and scraping up the browned bits on the bottom of the pan with a wooden spoon.

4.  Transfer the pork to a cutting board and cover loosely with aluminum foil to keep warm.  Using a slotted spoon, remove the apricots and set aside.  Use a large, shallow spoon or a ladle to skim as much fat as possible from the surface of the cooking liquid.  Strain the juices into a large saucepan.  Brings to a boil over high heat and cook, stirring occasionally, until reduced and concentrated, about 10 minutes.  Stir the mustard into the sauce and add the apricots.  Season to taste with salt and pepper.

5.  Cut the pork across the grain into thin slices and arrange on a warmed platter.  Serve with sauce and apricots.