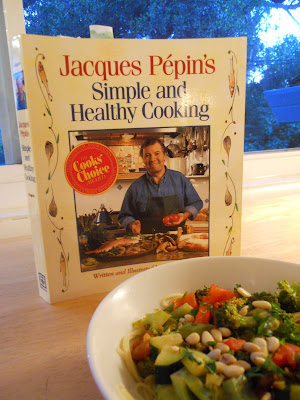 That's about all I have to say about this recipe.  It just screams spring.

And we're nearing the end of spring, so it's high time I made this recipe.  This is the kind of recipe that makes me want to renew my CSA box.

Pasta primavera, so the story goes, was "invented" in New York City in the 70s at Le Cirque.  Word spread, and by the 80s everyone was making it, including the husband in his World Foods class in high school.  No joke.  Nowadays, gone are the cream and butter sauce base of the 70s and in their stead come a lightened version of broth and olive oil.

This recipe comes from Jacques Pepin, after those halcyon days of heavy French cooking.  A bit of healthy living certainly led to this fine little cookbook.    I would argue that most of the recipes in this book are more weeknight cooking than weekend entertaining, but what a cookbook! Cold Peach Soup (p. 59) and Chicken Piquante (p. 150) are two standouts.

So instead of saying much more on the matter, I will let the vegetables do the rest of the talking. 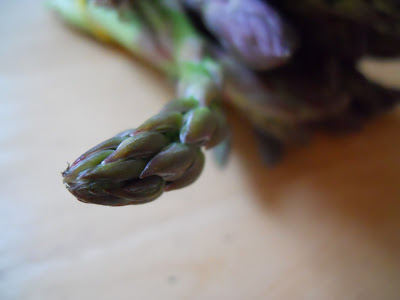 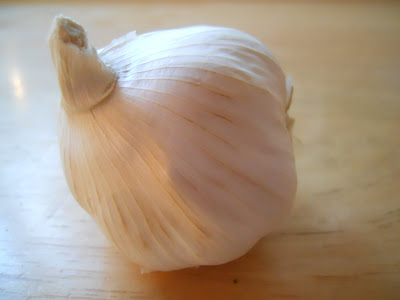 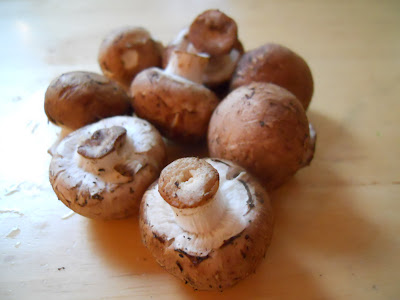 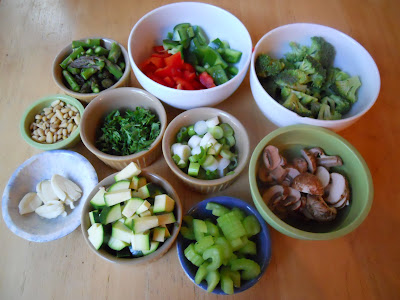 Oh and be aware,  I am not a huge fan of pasta as a dish unless it has too much sauce.  So these photographs show about one serving of pasta and three servings of sauce.  Just the way I like it. 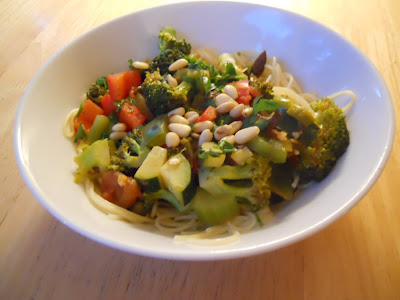 Instructions:
1.  Preheat the broiler.  Place the pine nuts in a small baking tray.  Bake for about 2 minutes, or until lightly toasted.  Set aside.

3. Heat 1 tablespoon oil in a large skillet.  Saute the garlic.  Add the vegetables and 1/4 cup of chicken or vegetable broth.  Bring the mixture to a boil, cover, reduce the heat and cook over medium to high heat for 2 minutes.  Then remove the lid and cook until all the liquid has evaporated.

4.  Just before serving, add the pasta to the boiling water and cook it according to the package instructions until it is al dente.  Drain well. 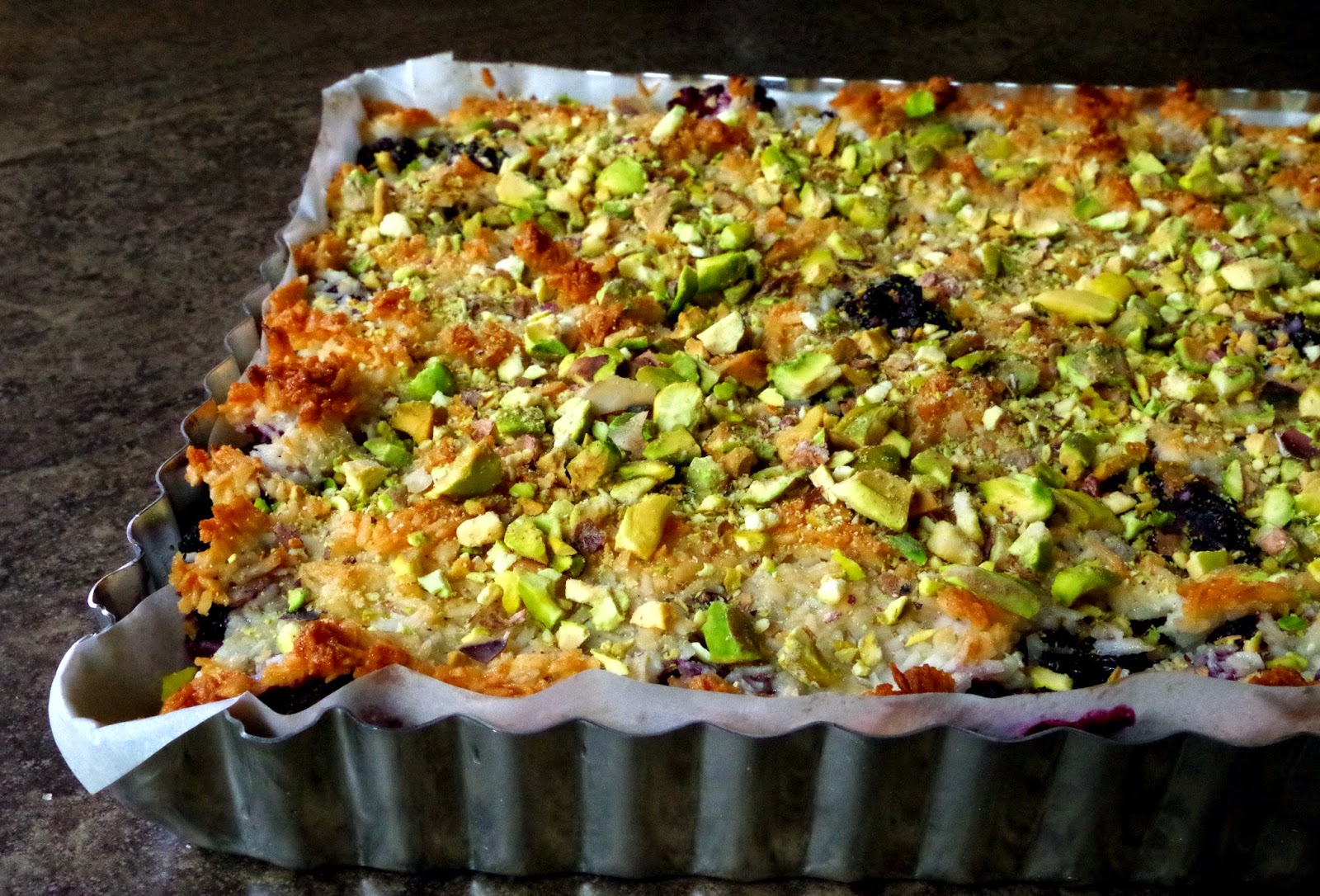