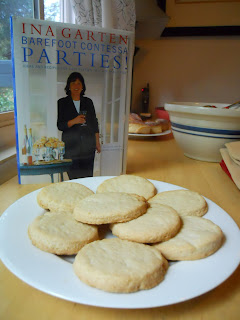 
This is by far the best batch of shortbread I have ever made.  Ever.

Often I find shortbread too dry.  While fantastic for dipping into tea, shortbread sticks to the roof of the mouth.  And there's nothing pleasant about that.  So given the option, I often avoid shortbread.

But then, I needed to bake something for a little gathering of colleagues, and Ina Garten is the one to trust when it comes to baking.  Page 210 in her book happened to be shortbreads, so I thought, why not?

These little cookies were perfect.  Crumbly and firm without being dry.  Sweet, but the strong notes of vanilla. 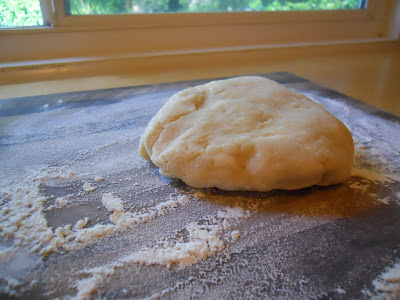 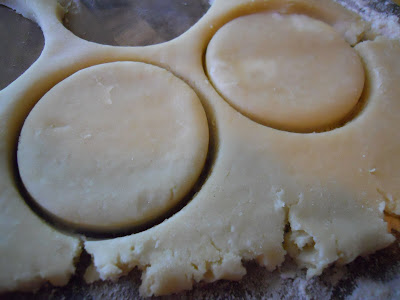 I didn't know why shortbread was called so.  I wondered is it because it is unleavened, and thus does not rise, so it is "short."  But no.  Apparently crumbly texture used to be called "short."  Such texture is created by a high fat to flour ratio (traditionally the shortbread ratio is 1 sugar: 2 butter: 3 flour--Ina Garten deviates, but for fine results).  This is the same origin of "shortening" which is added to flour to create more of a crumble.  And "shortcake" comes from the same origin (although it uses a leavener).  So there you have it. 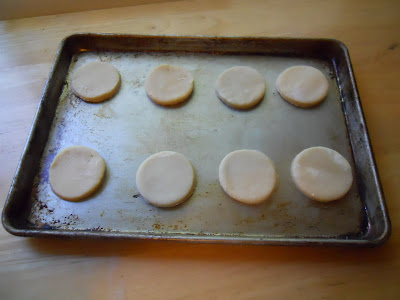 In the end, I put them on the table among other fantastic breakfasty foods (the almond croissants from Boulange were amazing).  And my colleagues and I sat down to a breakfast that allowed us to stop, reflect, and close out a year of teaching.  And no body had to deal with shortbread sticking to the roof of their mouths.  As far as I know.  I admit, I didn't ask. 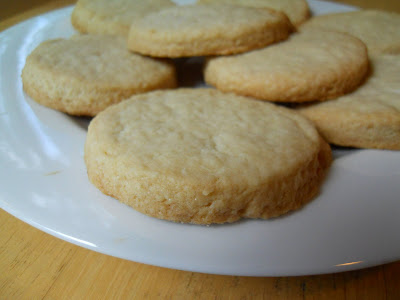 Instructions:
1.  Preheat the oven to 350 degrees.

2.  In the bowl of an electric mixer fitted with a paddle attachment, mix together the butter and 1 cup of sugar until they are just combined. Add the vanilla. In a medium bowl, sift together the flour and salt, then add them to the butter-and-sugar mixture. Mix on low speed until the dough starts to come together. If the dough is too crumbly, add water, by the tablespoon until a dough forms.

3.  Dump onto a surface dusted with flour and shape into a flat disk. Wrap in plastic and chill for 30 minutes.

5.  Place the cookies on an ungreased baking sheet and sprinkle with sugar. Bake for 20 to 25 minutes, until the edges begin to brown. Allow to cool to room temperature.

Two notes.  If you chill the cookies after you cut them, the edges will be sharper.  You can also halve (or third or whatever) the dough and wrap in plastic wrap.  It will keep in the refrigerator for a little while so you can make more later.  Say the next day.  In the early morning.
Barefoot Contessa Parties! Butter Eggs Flour