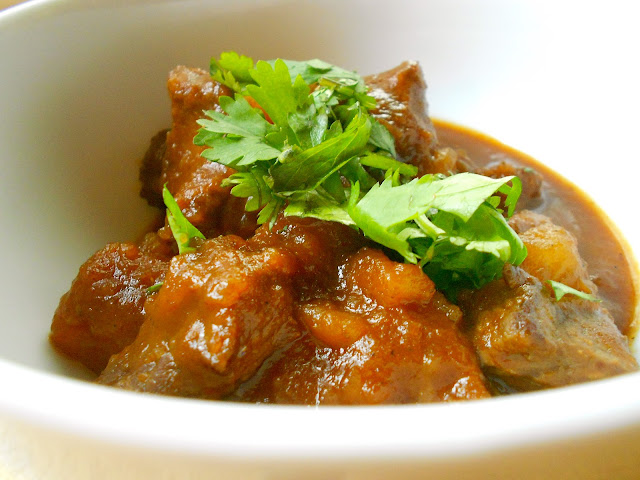 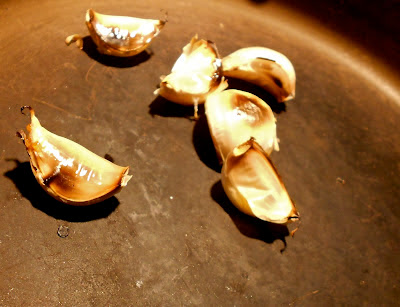 We are on spring break around here, which means lots of yoga and running and lounging.  There will be lots of grading, but I seem to be putting that off.  In the mean time, the husband and I are rewatching The Wire (we're in the fifth and final season, and I am reminded that while it is a somewhat ridiculous season with a horrible subplot, everything but that subplot is captivating).  I am also reading Love in the Time of Cholera, a book that I am reserving judgment on for now.  I suspect it would have been a plot I found more captivating had I read it as a teen but now in my dotage, I see that the love here is, indeed, a sickness.  Nonetheless, it makes for a fine morning listening to the rain outside. 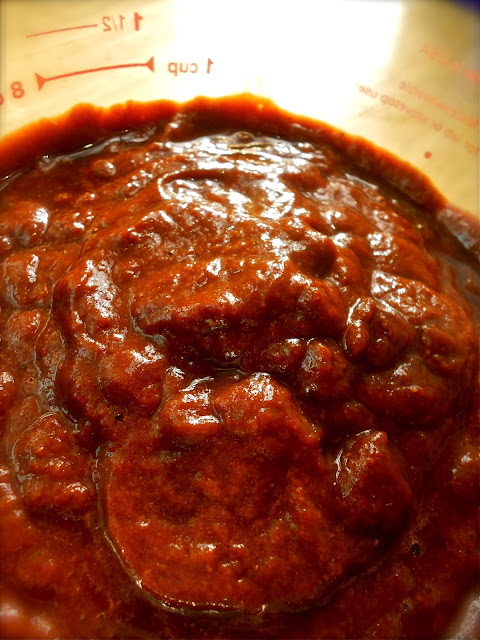 Last night, I made this yummy little Rick Bayless lamb.  It's truly spectacular.  Granted, I did not use pasilla peppers (admittedly, I just couldn't find them at the Bowl) and I suspect that this dish would be delightfully different had I used only pasillas ("broad-shouldered," Bayless' words there), but I improvised with the chiles I had and tucked one chipotle in there for a smoky feel.  This is also the first time I roasted garlic like this--normally I fire up the oven and do a whole head.  But I liked this quick method on the stove top.  I like how the browned lamb produces little bits of meaty goodness.  The combination of the chile sauce with the honey makes for a spicy and sweet palate energizer.  But the star of this little dish, surprisingly, is the sweet potato.  A bit of it breaks up as you ladle it into your dish, which makes the sauce very thick.  And the sweetness of the potato is perfect (with the honey) to contrast with the blast of heat from the peppers.  I would like to say we had leftovers, but I would be lying. 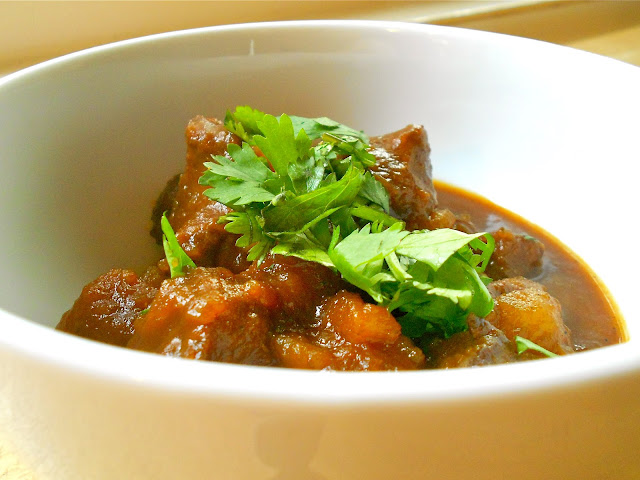 This morning, I have granola baking downstairs while I sit surrounded by cookbooks and one cat (we're down to one cat now).  My granola skills are improving, thanks to Ina Garten.  (Nowadays, I use rye flakes and quinoa flakes as well as the oats.  I use flax seeds, sunflower seeds, wheat bran, and any dried fruit available.  As for oil--nixed it.  As for sweetener, just a little agave syrup.)  I keep getting a smell of the sweetness of oats.  In a half an hour, I need to rally in order to head to yoga, and then, an eight mile run.  Whew.  That's a busy morning.  But I do have some lamb I need to run off.

Instructions:
1.  Roast the unpeeled garlic on an ungreased griddle or heavy skillet over medium heat, turning occasionally, until soft, about 15 minutes.  Cool and peel.

2.  While the garlic is roasting, toast the chiles on another side of the griddle or skillet: 1-2 at a time, open them flat and press down firmly on the hot surface with a spatula.  In a small bowl, cover the chiles with hot water and rehydrate for 30 minutes.  Drain, reserving 1/2 cup of the soaking water.

3.  In a blender, combine the chiles, 1/2 cup of the soaking liquid, garlic, oregano, pepper and cumin.  Blend into a smooth puree.  If necessary add water, a little at a time.  Press through a mesh sieve into a small bowl.

4.  In a large heavy skillet, heat 1 tablespoon of the oil over medium-high heat.  In batches, brown the meat on all sides.

5.  Brown onion.  Return all of the meat to the pan and stir in the chile seasoning and cook until the chile mixture is very thick, about 3 minutes.  Stir in the broth, partially cover, and simmer over low heat for 25 minutes.

6.  Add the sweet potato and stir to coat with sauce; continue simmering until the meat and potato are tender, about 30 minutes.

7.  Stir in enough honey to give the sauce a slightly sweet edge, then season with salt.  Simmer 5 minutes longer to blend the flavors. Garnish with cilantro.