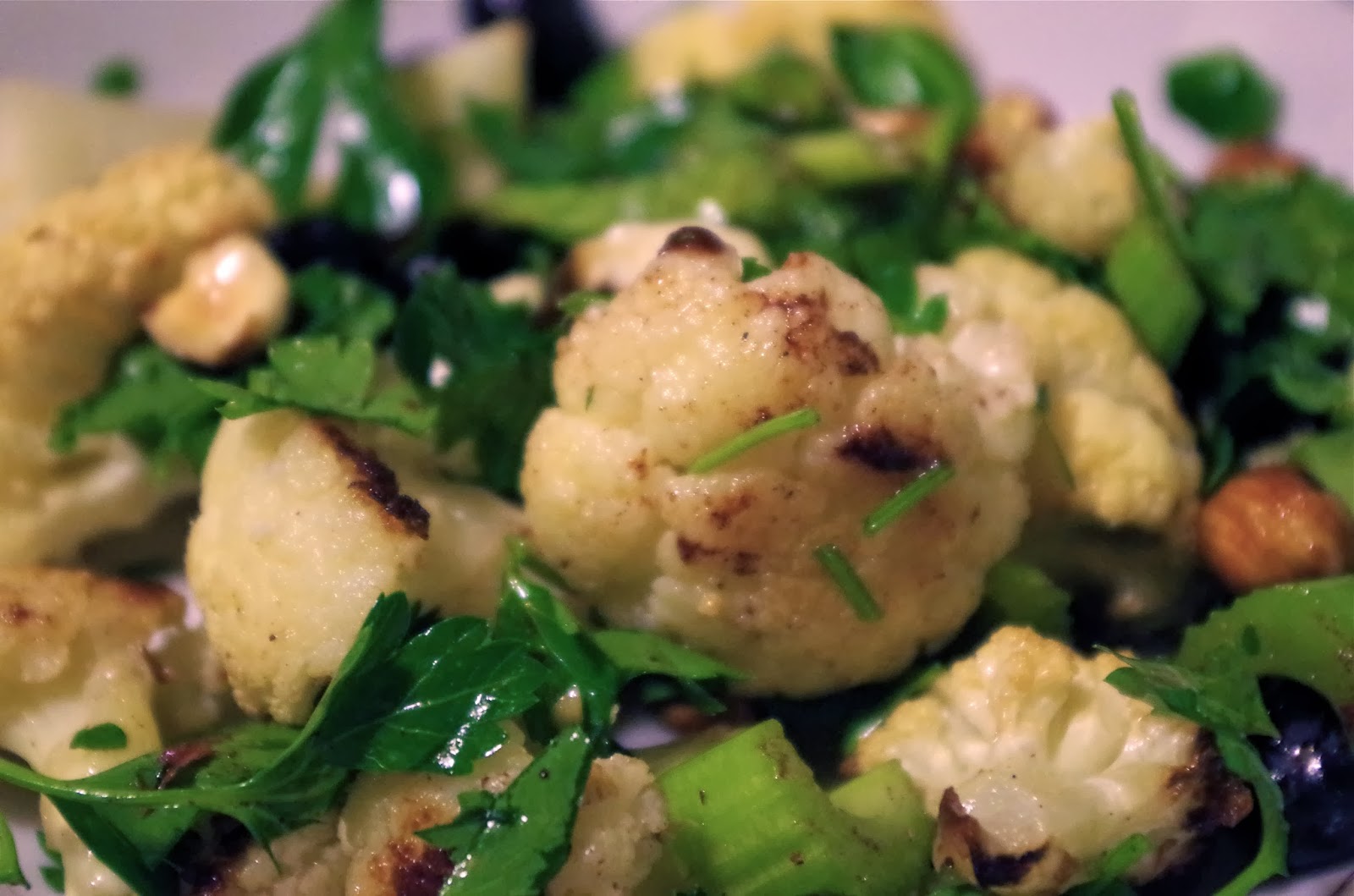 
As detailed in my previous entry, I am spending my days holed up in a cabin in the woods, where I am reading, grading, running, gathering wood, doing yoga, grading, cooking, making fires, grading.  Thus far, I have graded 20 papers, which given that I average 3 an hour (I do wish I were a faster grader—I thought when I first entered teaching that the grading would somehow become quicker. It has not.), well, let’s not do the math.  Good news:  only 44 more to go. 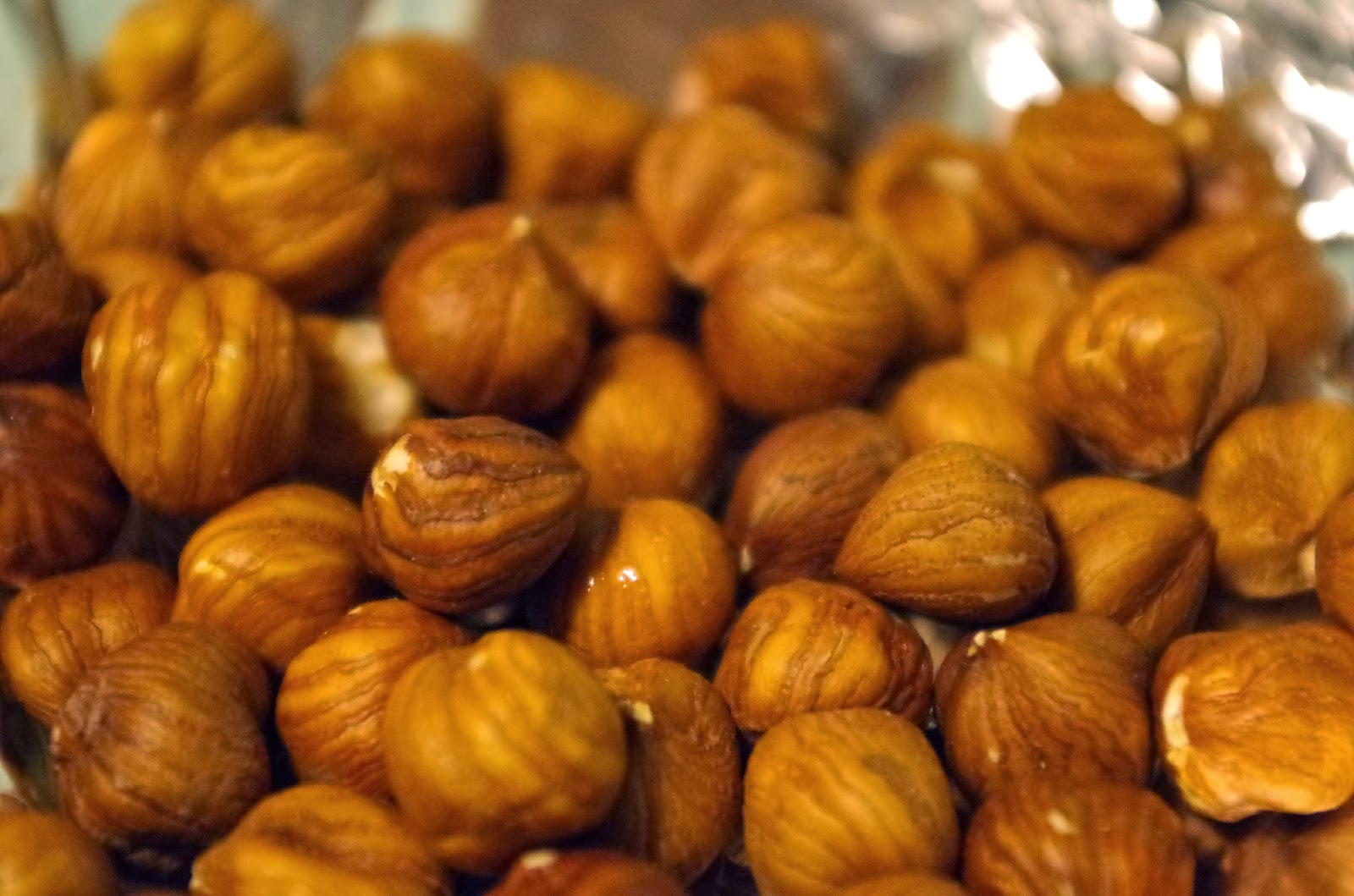 When I am not reading about who is to blame for the tragedy of Romeo and Juliet, I am taking care of business with another of Ottolenghi’s cookbooks.  (Seriously, I have an Ottolenghi habit.  More on that next entry.)  I put together this wonderful cauliflower and hazelnut salad—enough for a solo dinner and lunch to boot.  It's sweet, savory, crunchy, and soft.  Consider it texture and flavor heaven.  It is a paradoxically light but robust meal.  It’s light in that there’s not a lot going on: we’re talking cauliflower, nuts, celery.  But satisfying because of this spice combination and the roasted cauliflower, a veggie I always find more pleasing in its roasted state.  Ottolenghi recommends this be served with chicken or fish, but I found it to be delightful all on its own. 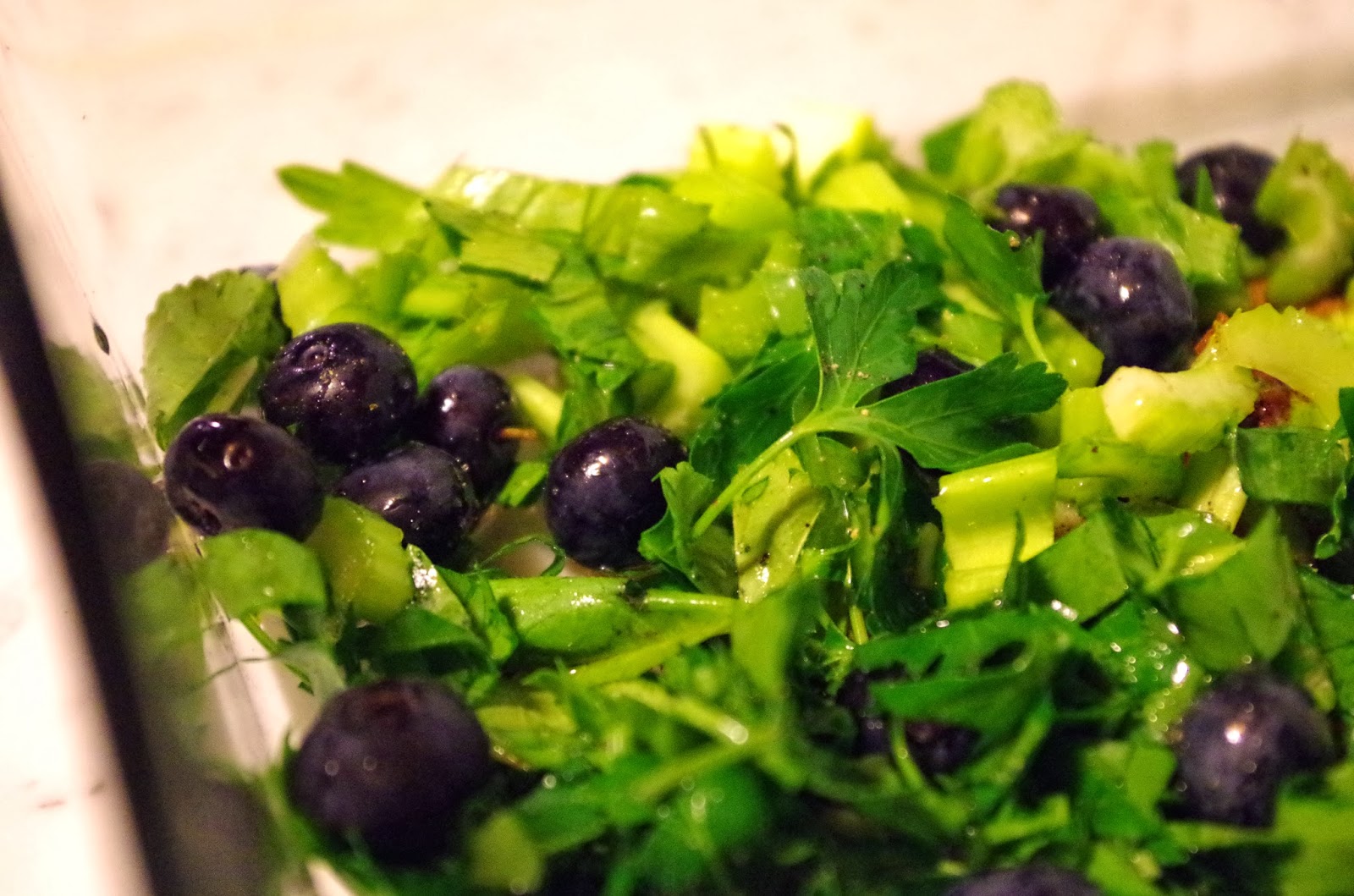 Actually, scratch that—not entirely on its own.  I had been aching to reread Island of the Blue Dolphins.  This comes inspired by a long walk I took about a month ago along the headlands of Mendocino.  Posted along most of the cliffs around here are signs decrying the poaching of abalone.  I remember my first introduction to abalone through Scott O’Dell’s little book, where Karana and Ramo hunt them.  As I walked in the wind and fog, I longed to return to this little book, which I have distinct memories of checking out from the local library.  Thus, I trekked from the headlands to the delightful Mendocino bookstore (the Gallery Bookshop), where they did not have Island, neither then nor the time I returned last week.  Thanks to the modern miracle that is Amazon Prime, I had a dinner companion last evening. 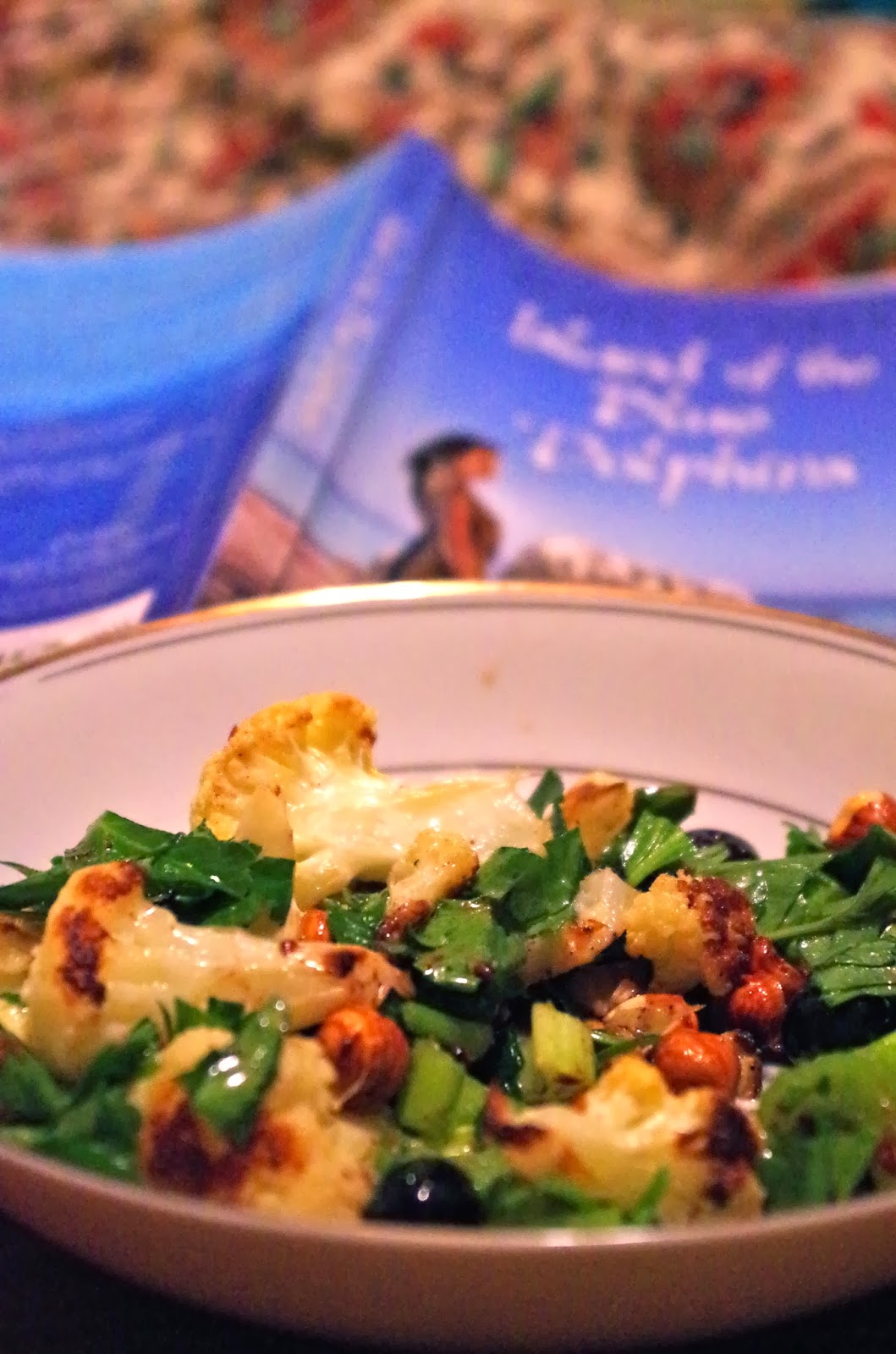 Now go mix some allspice with your cauliflower, pronto!

One Year Ago: Cioppino
Two Years Ago: Chicken with Cauliflower and Red Peppers
Three Years Ago: Butternut Squash and Sage Risotto
Four Years Ago: Frakh Ma'amra (Mediterranean Pigeons or Squabs Stuffed with Couscous)

Instructions:
1.  Preheat the oven to 425 degrees.
2.  Mix the cauliflower with the 2 tablespoons of olive oil, ½ teaspoon salt, and some black pepper.  Spread out in a roasting pan, and roast for 25-35 minutes, until the cauliflower is crisp and parts of it have turned brown.  Transfer to a large mixing bowl and set aside to cool down.
3.  Decrease the oven temperature to 325 degrees.  Spread the hazelnuts on a baking sheet and roast for 10-15 minutes, until they smell nutty.  Be careful not the burn them.
4.  Allow the nuts to cool a little, then coarsely chop them and add them to the cauliflower, along with the rest of the ingredients.  Stir, taste, and season with salt and pepper.
Blueberries Cauliflower Celery Hazelnuts Jerusalem: A Cookbook Maple Syrup Pomegranate