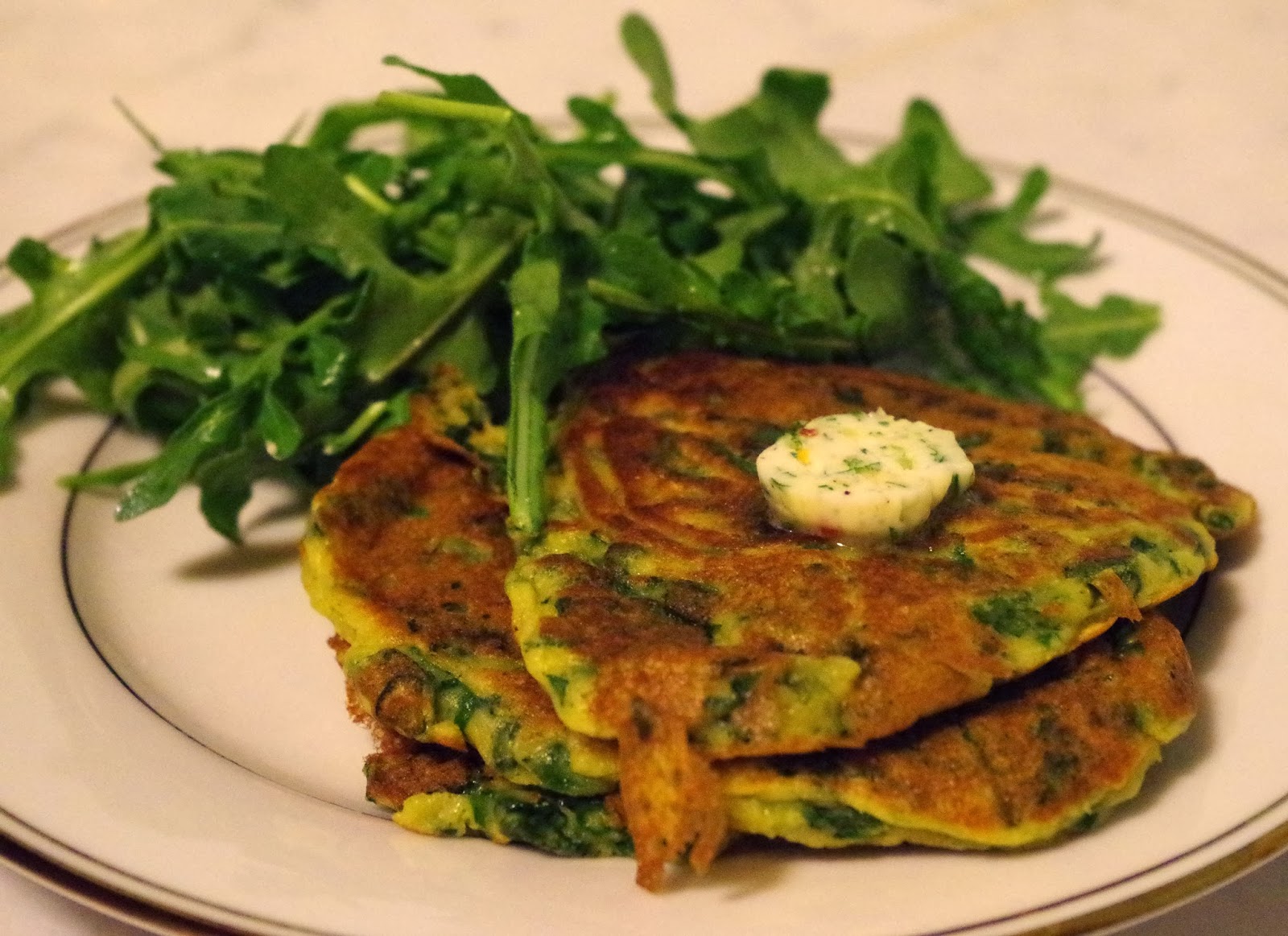 This week, I am spending my time in Fort Bragg—or to be more precise, about four miles north of Fort Bragg—where I am watching sunsets, grading, and prepping for my spring classes.  This weekend came at just the right time, as I was feeling the perennial Funk of February.  For as long as I can remember, every February, I descend into The Funk.  The days feel too short for the too many things to do. Thankfully, I now teach in California, where most schools are granted what is often abysmally entitled Ski Week (I call it pedestrianly “February Break,” for I would never have been one of those students, nor am I truly one of those teachers, who could afford to take a week off just to ski). February Break not only coincides with The Funk, but it also marks the end of our second term, so I am often holed-up grading final papers and writing comments.  However, I get to perform such activities in my pajamas, and this week, in a cabin in the woods.

Two nights ago, the husband and I saw the most spectacular sunset, another five miles north of where we were.  Not only was the sunset flaring with colors, but the waves.  Oh, Wordsworth, Byron, Keats, Shelley.  I hear you.  This, this was the sublime. The heart-racing thrill of seeing something so beautiful that could kill you.  The husband and I sat on a cliff for about an hour and a half watching waves crash with loud booms and then shoot 30 feet into the air.  The remnants of the waves roiled and foamed.  We grew cold.  We stayed well after the sun went down. 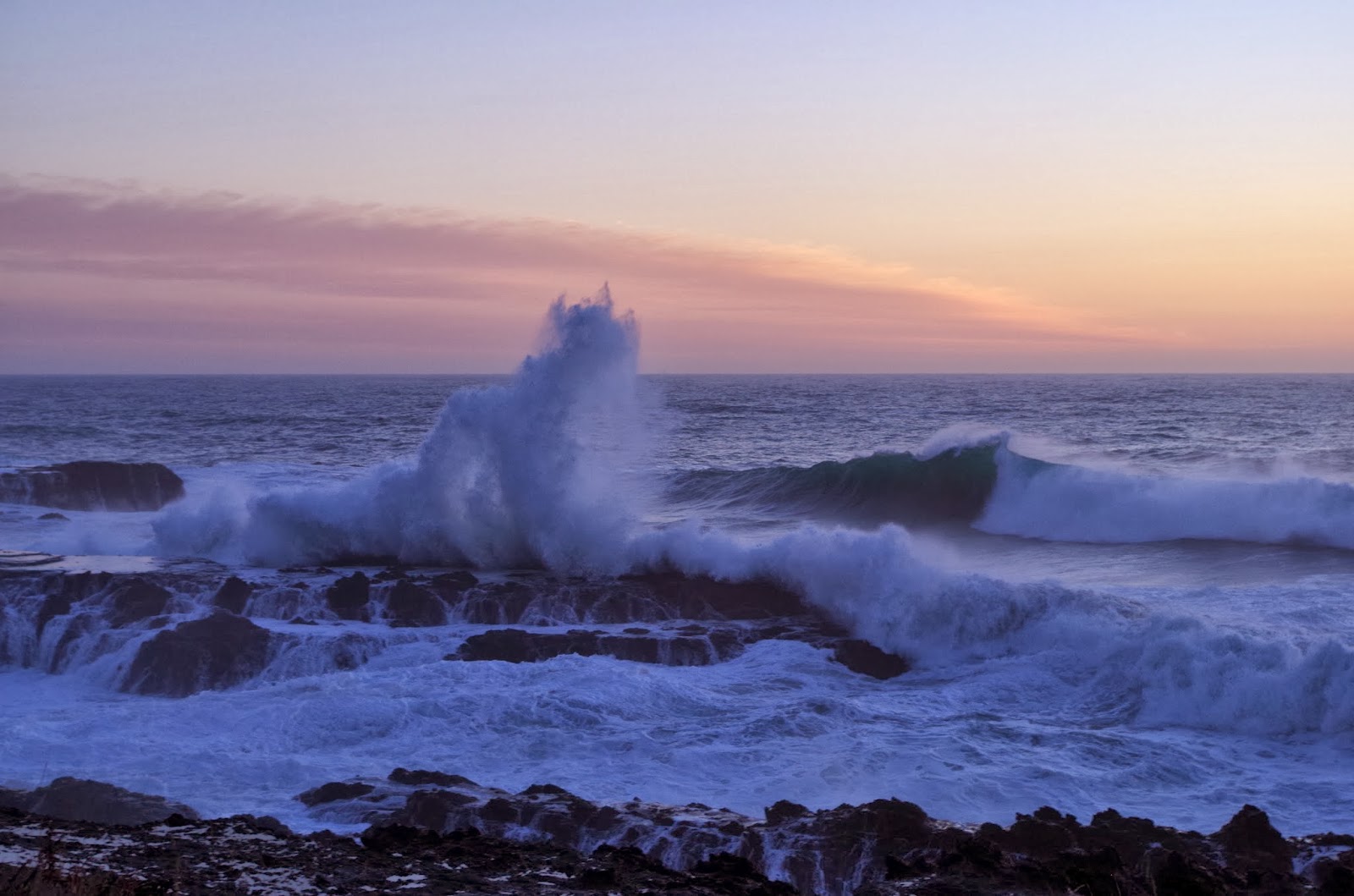 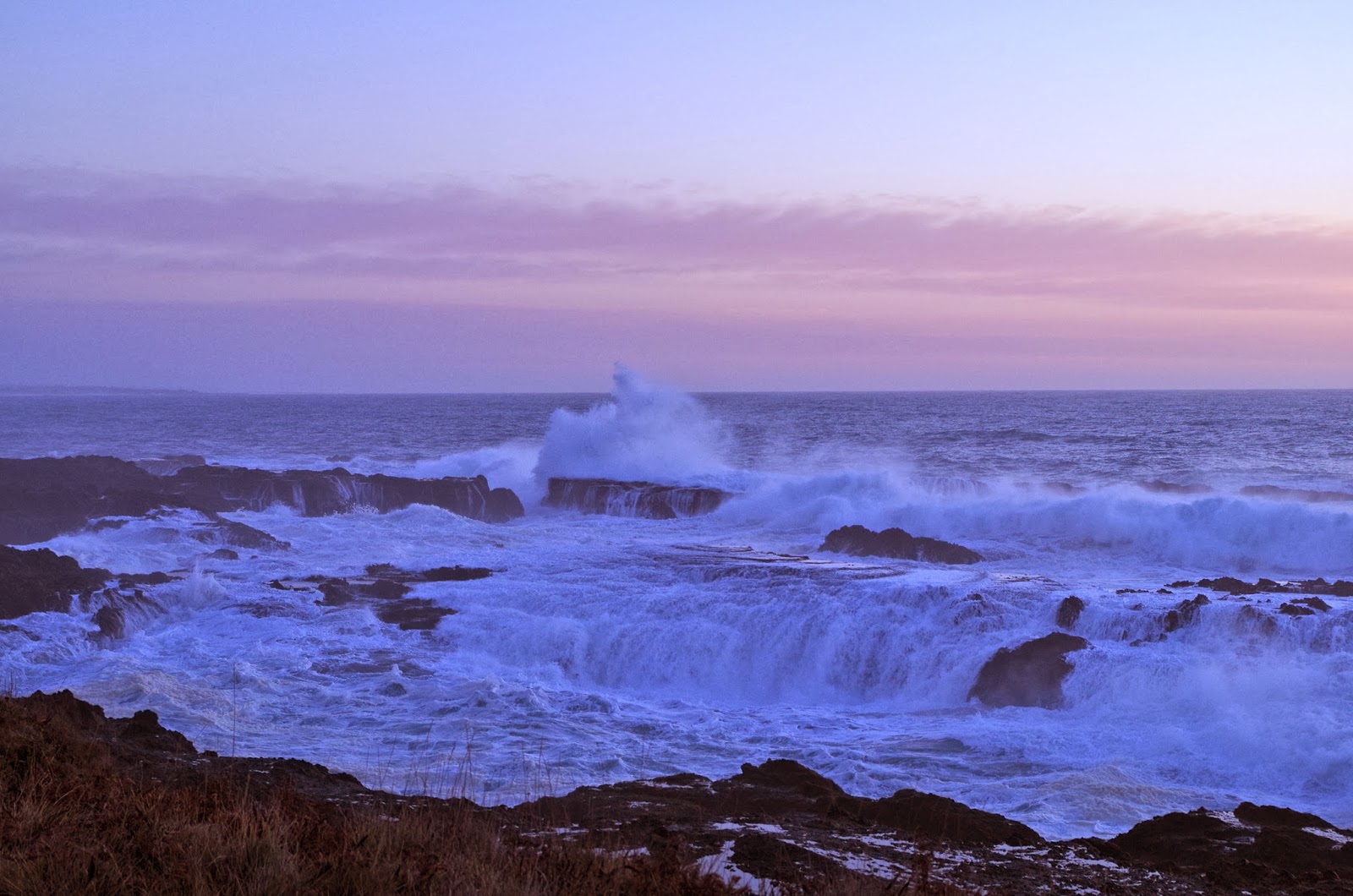 After the husband and his parents returned to the Bay Area, last night, I made these little green pancakes from Plenty, Ottolenghi’s cookbook and my go-to recipe maker.  Before cooking up the spinach or making the infused butter, I started a fire in the iron stove, took a few sunset pictures from the back porch, and settled in for the evening.  That meant more pajamas, a quick sweep of the floor, and the turning on of music (this time, a mix of French songs).

I cooked, taking my time, chopping, slicing, mixing at my leisure, trying to push that February Funk away.  The cabin kitchen is without many of the instruments that I have, perhaps erroneously, come to rely upon at home.  No zester:  thus, I had to rock the knife through the lime peel many, many times to make it fine.  No baking soda or baking powder: thus a return to street clothes and the grocery store.  What I thought I needed, I really didn't (read: zester) or it was a simple fix to get (read: baking soda and baking powder).  I felt resourceful.  Simple, but resourceful. 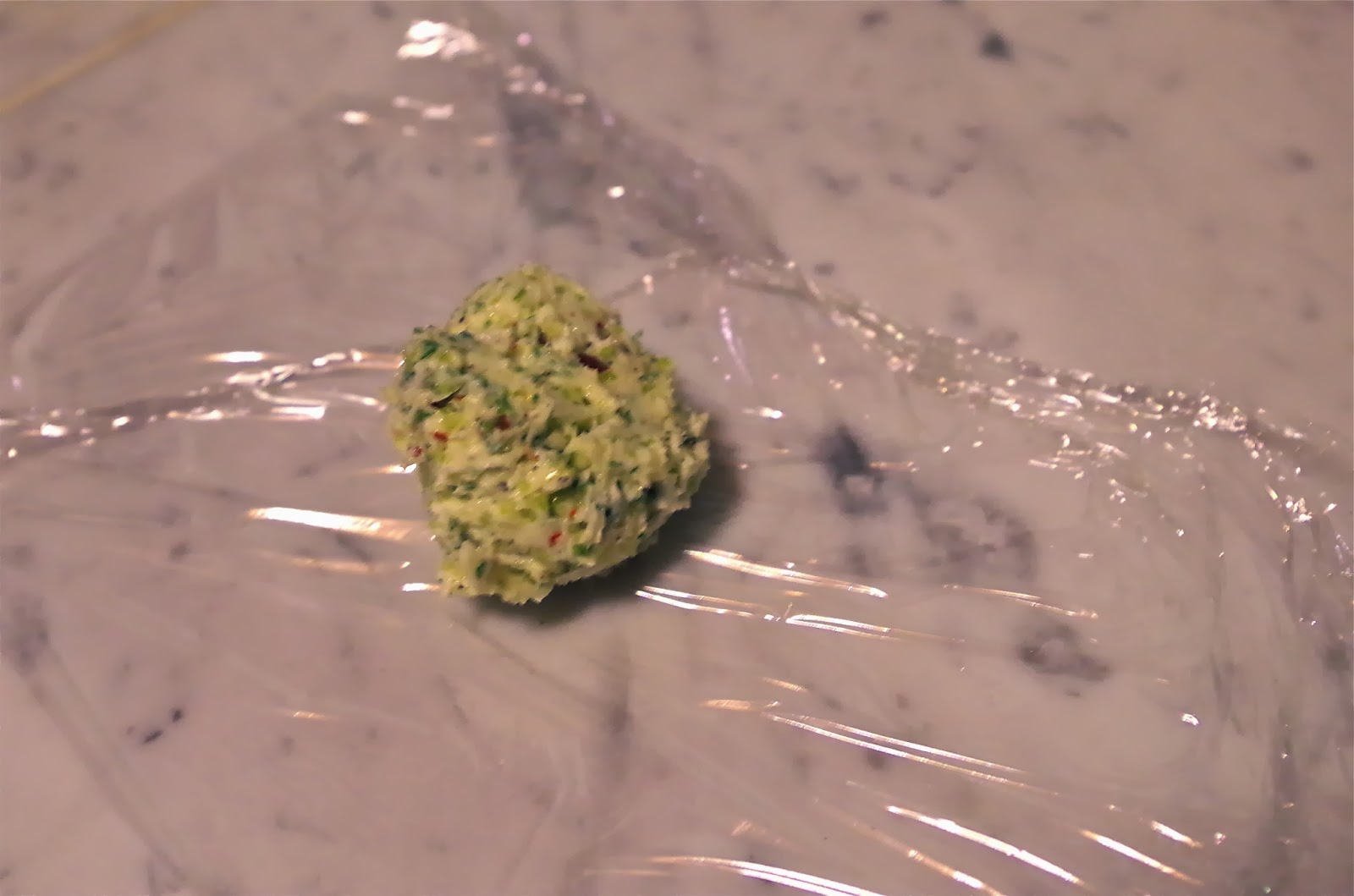 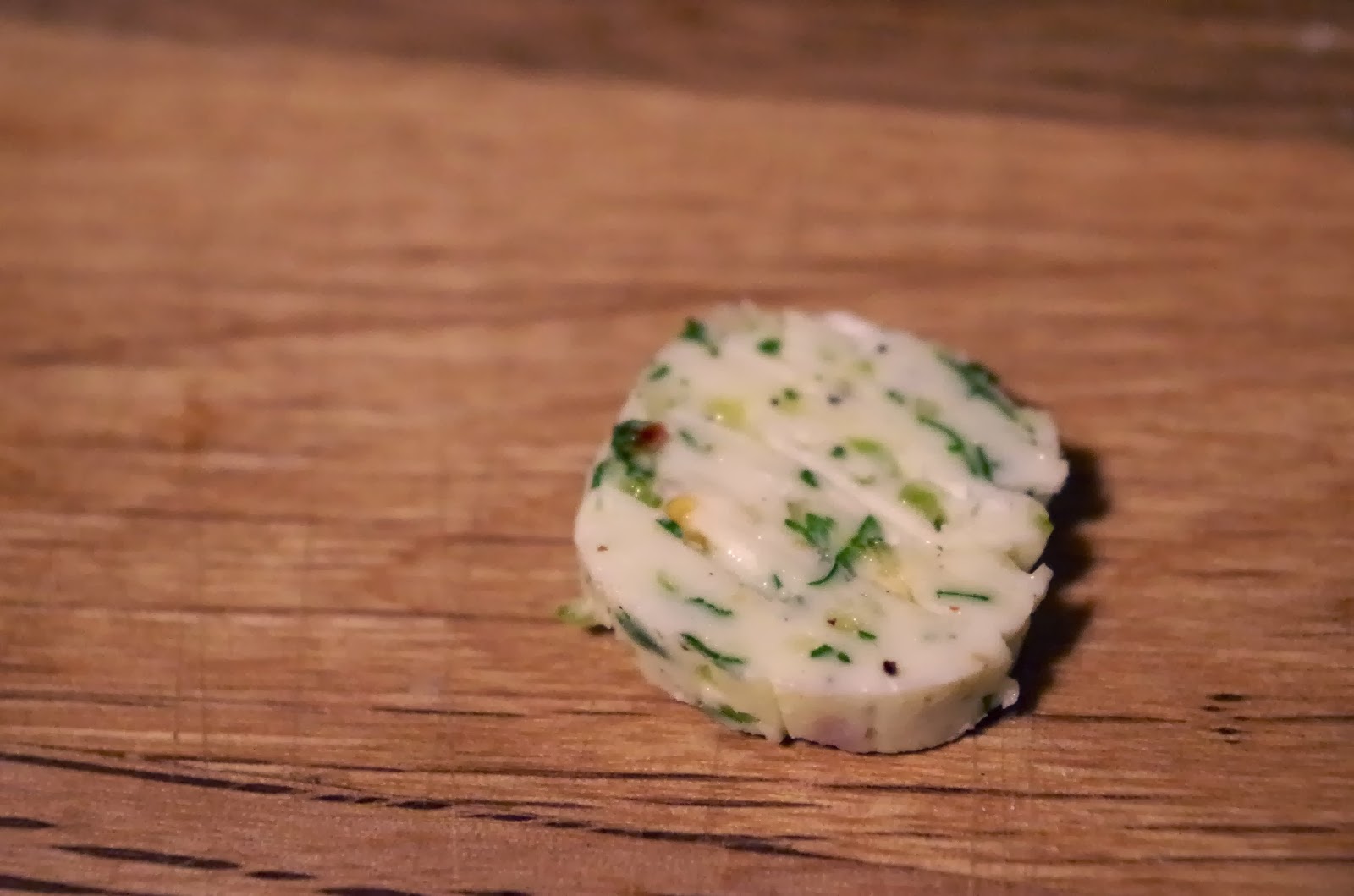 The spinach, as is usual, went from feeling abundant (I had halved the recipe, and even four cups seems ample until you cook it down to ½ a cup) to being surprisingly scarce.  The butter, which smacks of late 90s, early 00s cooking, reminded me why cooks once embraced it so fully: it really is quite tasty.  (Indeed, there will be some butter left over after this recipe, and Ottolenghi recommends saving it to slather atop a warm sweet potato.  I think that can be done.)  The pancakes, themselves, are quite tasty, if a bit cumin-y.  I might halve the cumin next time. 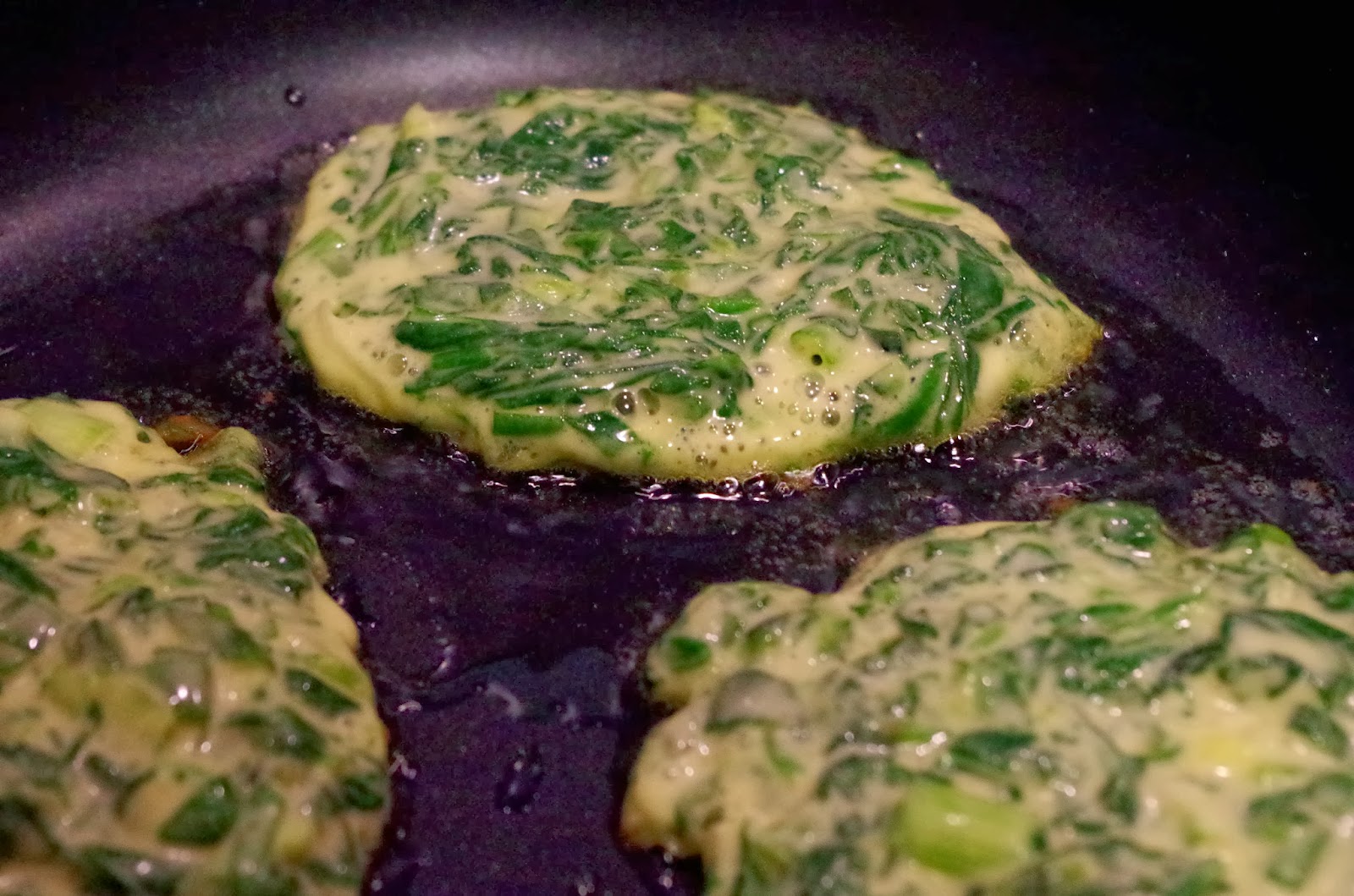 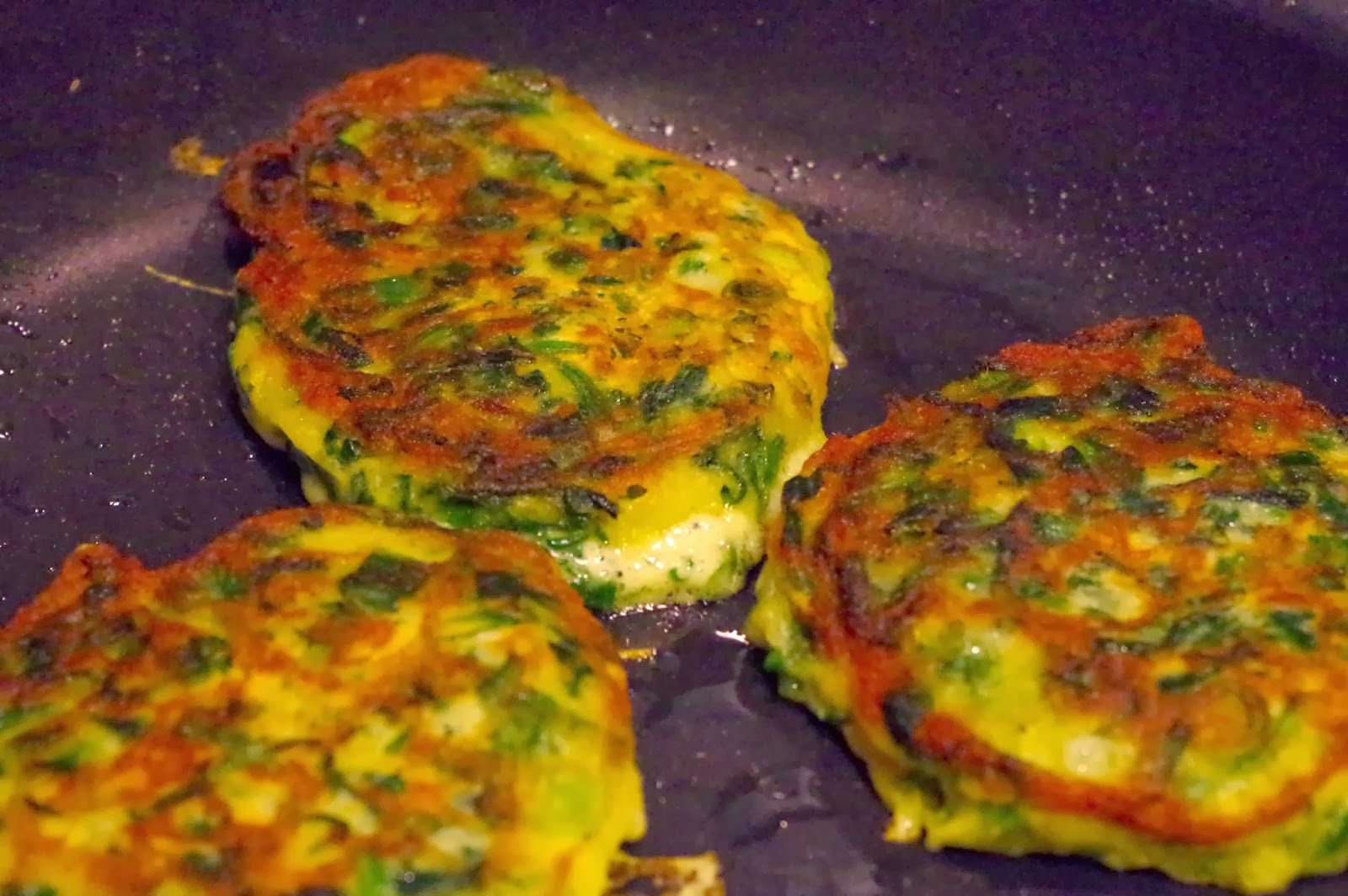 I paired these little discs of green yumminess with a simple handful of arugula tossed with some olive oil, red wine vinegar, and salt.  The evening had fully descended.  I had a book club book (At Swim-Two Birds) to read, a stack of papers to gently ignore for another day. It is truly vacation.  There may be light at the end of this Funk. 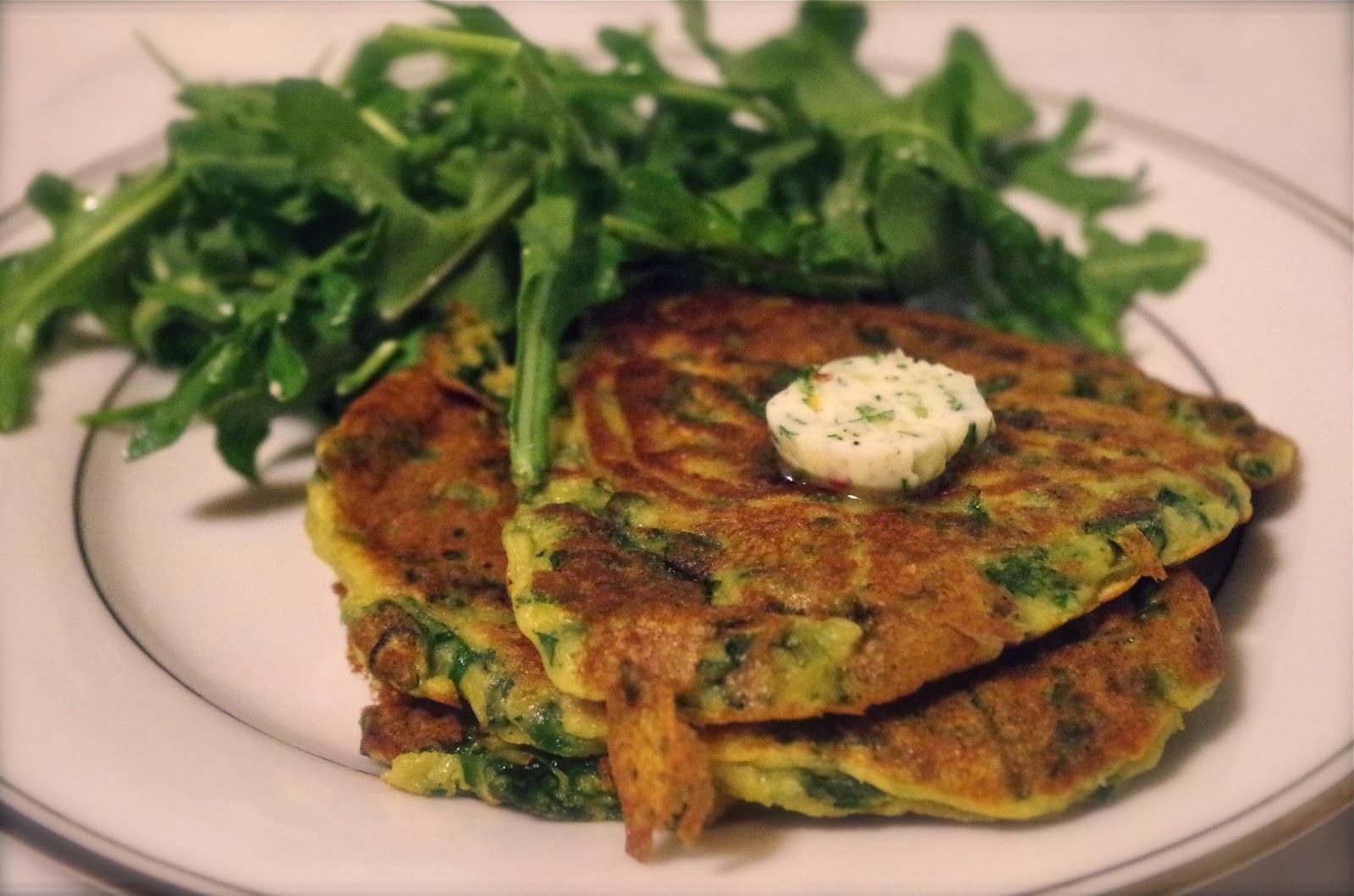 One Year Ago: Cioppino
Two Years Ago: Chicken with Cauliflower and Red Peppers
Three Years Ago: Butternut Squash and Sage Risotto
Four Years Ago: Frakh Ma'amra (Mediterranean Pigeons or Squabs Stuffed with Couscous)

1.     To make the lime butter:  Put the butter in a medium bowl and beat it with a wooden spoon until it turns soft and creamy.  Stir in the rest of the ingredients.  Put onto a sheet of plastic and roll into a sausage shape.  Twist the ends of the way to seal the flavored butter. Chill until firm.

2.     To make the pancakes:  Wilt the spinach in a pan with the water still clinging to the leaves from washing.  Drain in a sieve and, when cool, squeeze with your hands to remove as much moisture as possible.  Roughly chop and set aside.

3.     Put the flour, baking powder, whole egg, melted butter, salt, cumin, and milk in a large mixing bowl and whisk until smooth.  Add the green onions, chiles, and spinach and mix with a form.  Whisk the egg white to soft peaks, and gently fold it info the batter.

4.     Pour a small amount of olive oil into a frying pan and place on medium-high heat.  For each pancake, ladle 2 tablespoons of batter into the pan, and press own gently.  You should get smallish pancakes, about 3 inches in diameter and 3/8-inch thick.  Cook for about 2 minutes each side, or until you get a good golden-green color.  Transfer to paper towels and keep warm.  Continue making pancakes, adding oil to the pan as needed, until the batter is used up.