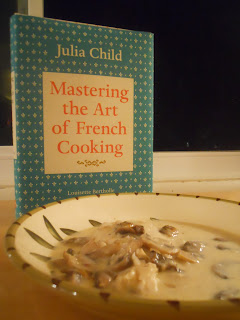 Well, here we are with The Cookbook.  Not just any ole cookbook, but The One.  Oh, Julia, how we love thee.  Julia professed she was no fan of blogs that went in for stunts, such as the infamous Julie Powell blog.  Stunts were too flimsy for our Julia.   So I guess that she would suppose this stunt of mine to cook page 210 from every cookbook is too flimsy.  But so be it.  Let the flimsy stunts carry on.  Join me, will you?

So under Julia's watchful eye, I made a lovely poached fish with butter, cream, Swiss cheese, and more butter.  How could it not be amazing?  And it was.

While this is a deceptively simple dish, you might want to save it for more special occasions, if for no other reason than you'll need to diet for three days afterward.  Oh, but those three days of denial will be well worth it, for the sauce has added a surprising zing (say hello to white wine and lemon juice) to its creaminess (like I said, butter, cream, cheese, more butter).  And the fish is delicate but it holds its own to the mushrooms and cream sauce.  Serve with a salad or a side vegetable (we had roasted zucchini), some toasty bread, and you have a divine meal. 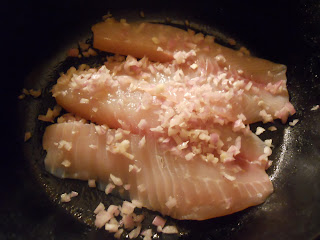 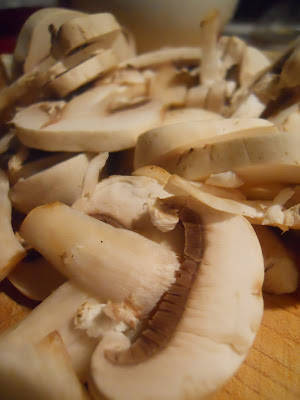 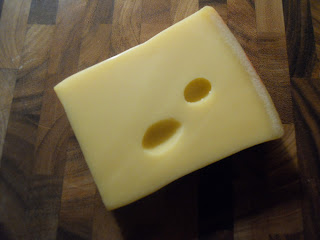 This recipe comes from Bercy, a section of southeast Paris where you can also find one of the larger stadiums in Paris.  As of this writing, you may also find Lady Gaga playing in Bercy.  However, I would argue this recipe and results are far more subtle than the stadium or its performers.  Bercy sauce is a simple white-wine fish velouté (stock-based white sauce) with shallots.  Doesn't that just sound delightful?  The poaching liquid is then thickened with beurre manié--a flour and butter paste--and then thickened again (and made oh-so-good) with heavy cream.  And then more butter.  Did you see that?  More butter. 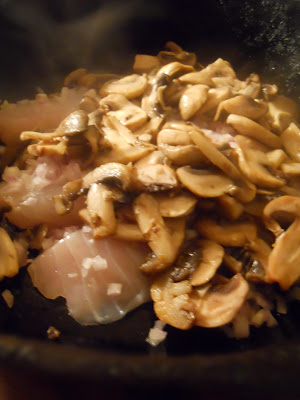 Velouté is one of 19th century chef Antonin Carême's "mother sauces" (or grandes sauces), which include bechemel (a milk-based sauce thickened with white roux), espagnole (a brown-stock sauce thickened with brown roux), velouté, and allemande (a velouté thickened with egg yolks and heavy cream).  Want the history of sauces?  Search here.  Go ahead, click the link.  There's lots of good stuff there. 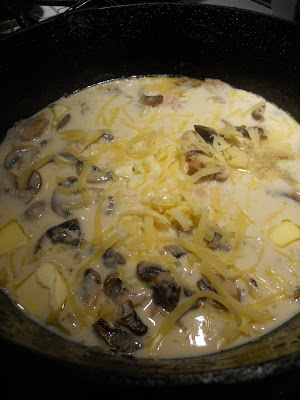 Beurre manié (which means kneaded butter) is made by mixing flour and softened (I used room temperature) butter together.  Such mixing coats the flour with butter so that when you whisk it into the hot poaching liquid the flour doesn't form clumps.  Clever, huh?  Don't confuse the beurre manié with roux, which is cooked as the dish begins.  Beurre manié is added near the end. 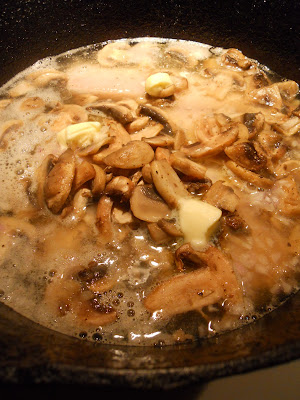 Growing up, the husband didn't eat a lot of fish, unless it came canned or breaded and stick-formed. Thus, I was surprised when he professed he liked this recipe, and he even went back for a second helping.  Julia and people of Bercy, I believe this would be a hit. 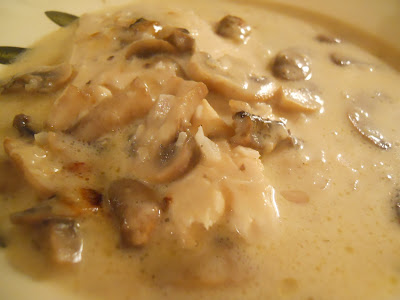 Instructions:
1.  Preheat the oven to 350 degrees.  In an enameled skillet, toss the mushrooms in hot butter over moderately high heat for a minute or two without browning. Season with salt and pepper, and set aside.

2.  Season the fillets lightly with salt and pepper.  Sprinkle half of the shallots on the bottom of a baking dish (or a skillet that can go in the broiler--I used the cast iron skillet).  Arrange the fish fillets in one slightly overlapping layer over the shallots. If fillets are thin, they may be folded in half so they make triangles.  Sprinkle the remaining shallots on top of the fish.  Spread the mushrooms over the fish.

3.  Pour in the white wine or vermouth and clam juice and enough water so fish is barely covered. Bring almost to the simmer on top of the stove. Then place dish in bottom third of the preheated oven. Maintain liquid almost at the simmer for 8 to 12 minutes depending on the thickness of the fillets. The fish is done when a fork pierces the flesh easily. Do not overcook; the fish should not be dry and flaky. Place a cover over the dish and drain out all the cooking liquid into an enameled saucepan.

6.  Rapidly boil down the poaching liquid until it has reduced to 1 cup.

7.  Off heat, beat the flour and butter paste into the hot liquid, then 1/2 cup of the cream. Bring to the boil. Thin out the sauce with additional tablespoons of cream until it coats the spoon nicely. Season to taste with salt, pepper, and drops of lemon juice.

8.  Spoon the sauce over the fish. Sprinkle on the cheese, and dot with butter. Place dish 6 to 7 inches from a hot broiler for 2 to 3 minutes to reheat fish and brown top of sauce lightly. Serve as soon as possible.

9.  Dish may be prepared ahead and reheated as follows: After sprinkling on the cheese and butter, set aside. Before serving, reheat just to the simmer on top of the stove, then run for a minute or two under a hot broiler to brown the top of the sauce.
Butter Cheese Cream Fish Mastering the Art of French Cooking Mushrooms Wine