- October 01, 2011
Beware, this is an entry wherein I will discuss Russian short stories, communication, baseball, and cucumbers. It has been that kind of week. 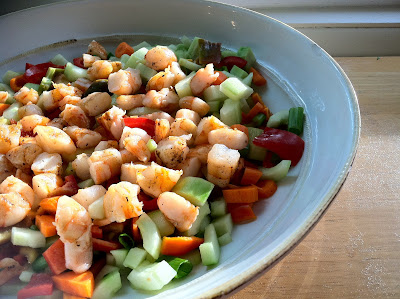 It's beginning to feel like fall around here. That means hot days, cool nights, fog in the morning over the hills, playoff baseball, huge spiders in the doorway. I love fall. I love the feeling of the everyday in the midst of big change.

Recently, I have been working to make relevant to 17- to 18-year olds a certain 19th-century Russian short story about an older man falling in love for the first time in his life (I am looking at you, Chekhov). I read this story, "Lady with the Little Dog," when I myself was 21, and I remember not liking it much. I found it too quiet. I didn't understand how important what was not being said. Or what was being said between Gurov and Anna but not being told to us by the narrator. I love that throughout the story, Anna and then Gurov have tried to communicate to others and they have not been heard (and in fact, the listeners would rather focus on food--watermelon or sturgeon--than fully engage in the conversation of the moment). However, by the end of the story, they are truly communicating with someone, perhaps for the first time in their relationship (maybe even the first time in their lives), but we are denied access to what they are saying to one another. I love that their conversation becomes so important to the change in their relationship that it must remain private to us, we who are still wrapped up in the everyday. 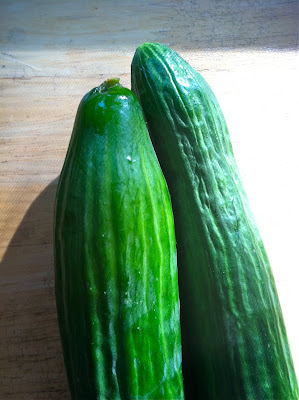 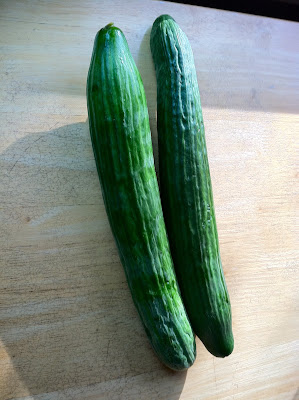 This fall, my own everyday has included a good deal of running and a good deal of cooking. Today, I have made my own granola*. And then when I was done with that, I made chicken stock, vegetable burgers, roasted-tomato sauce, and bean soup. Such busy-ness suggests a busy schedule, which mine has been, and the act of cooking has been nice to recall and return to something quieter, something everyday.

*a modified version of Ina Garten's recipe that basically goes something like this--is it an oat, another kind grain, a seed, a nut, or a dried fruit?  If yes to any of the above, then mix together with some unspecified amount of honey and/or agave, some cinnamon, and some vanilla.  You don't need oil.  Bake.  For awhile.  You'll know when it's done. 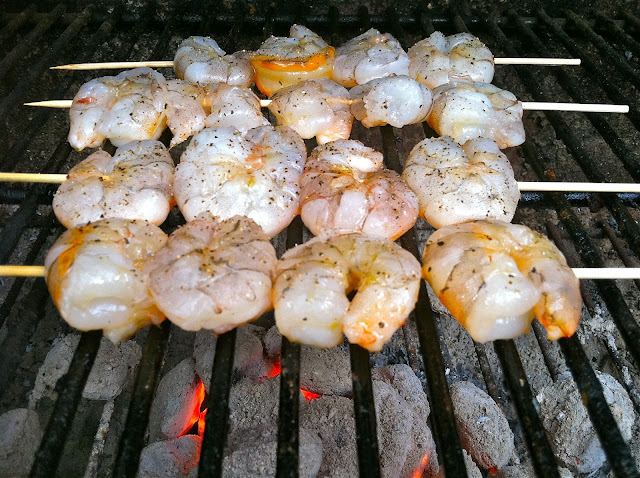 It also helps that we have had the playoff games on in the background.  I love that sweet crack of the bat and the waves of sound from the crowd.  When "nothing" is happening in the game and you can hear the crowd chatting to each other in the background, I like to imagine that people, even at a playoff game, are discussing work politics, planning their dinner menus, debating furniture choices, or determining what to do about a sick pet--all of those quotidian things being discussed with a companion in the privacy of a 40,000 person park.  But then, as soon as you hear that crack of the bat, the crowd swells into a cheer.   The everyday swept up by something big. 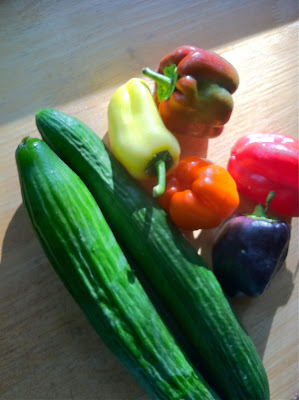 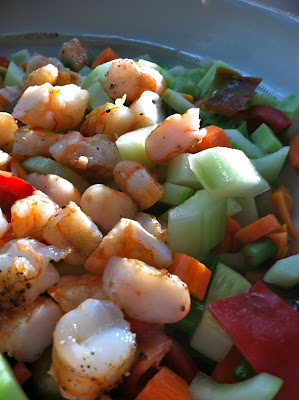 All of this brings us to our recipe for today--a shrimp and cucumber salad.  We had a relatively cool summer this year, so cucumbers are still rampant, although tomato season has certainly made itself known.  This recipe felt right--the husband fired up the grill and I chopped up the vegetables.  We ate early; we watched baseball.  We are happily ensconced in the everyday. 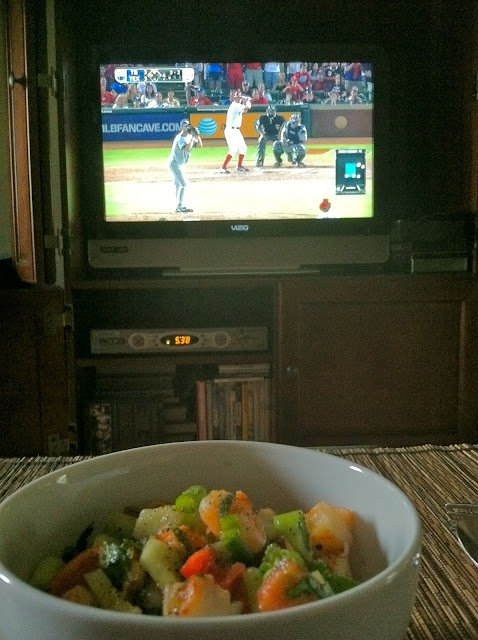 One Year Ago: Planked Porterhouse Steak

Instructions:
1.  Thread the shrimp onto skewers, rub lightly with the oil, and sprinkle with salt and pepper to taste.  Place the skewers on the grill over a medium-hot fire and cook for 3-4 minutes per side.  To check for doneness, cut into one of the shrimp--it should be opaque all  the way through.  Remove from the grill, remove from the skewers, and chop into bite-sized pieces.

2.  Make the dressing--in a medium bowl, combine the rice wine vinegar through the sugar and whisk together well.