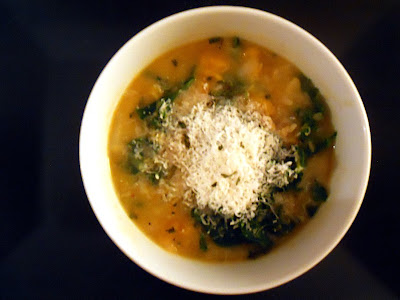 Most of the country is again digging itself out of snow this week.  Here, in the Bay Area of California, it is drizzling rain and fogging up--my favorite kind of weather only to be found in January, February, and August (minus the rain).  I spent the day with longtime California friends, and I am grateful that I have come to a point in my life where I have longtime California friends.  The husband and I have lived here nine years now.  I remember when I told my Colorado friends I was leaving for San Francisco; one said that she remembers her residency at UCSF as one of the most wonderful times of her life.  I thought such an utterance to be hyperbole, which it may well have been.  Nonetheless, there is something about this city in the fog that is more than charming or romantic; it is mesmerizing, even haunting. 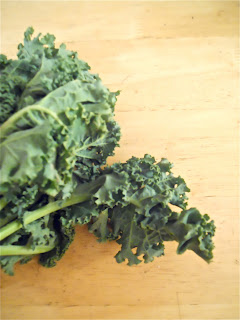 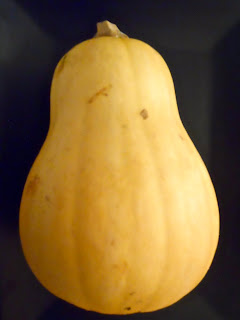 Such a day calls for a warm soup, something hearty, something comforting.  So I took inventory of the refrigerator, consulted the CSA box, and came up with a white bean soup that feels just about right.  I happened to have both onions and one leftover leek from last week's CSA box, so I used them both; however, I think this soup would be just as good with one or the other.  I also think this could be a mighty fine soup entirely pureed entirely, but I wanted something that was chunky through and through. 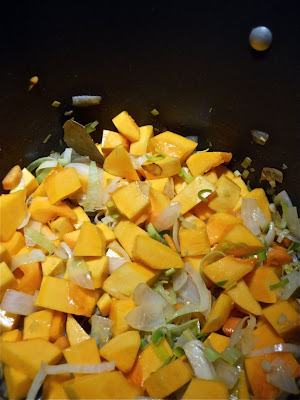 After sipping a glass of red wine and munching on some olives,  I am happy to tuck into yet another warm, full feeling with this soup.  It's nice to be home--with friends--in foggy California this winter. 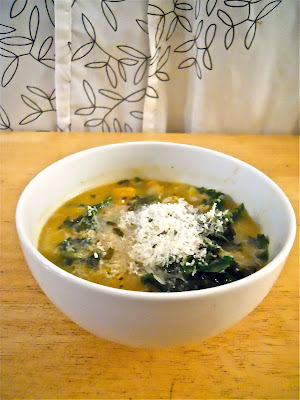 One Year Ago: Potatoes and Chanterelles Baked in Cream

Instructions:
1.  Cook onions in 1 tablespoon oil in a 3-quart heavy saucepan over moderate heat, stirring frequently, until soft, about 1 minute. Add garlic, carrot, and leek.  Cook until soft, about 3 minutes.

2.  Add squash, broth, rosemary, bay leaf, salt and pepper, and beans and simmer, covered, stirring occasionally, until squash is tender, about 20 minutes. Mash some of squash and beans against side of saucepan to thicken soup.

3.  Stir in kale and simmer, uncovered, stirring occasionally, until kale is tender, 10 to 12 minutes. Season soup with salt and pepper and serve with grated Parmesan cheese.