Eggplant, Zucchini, and Tomato Hobo Pack with Lemon and Garlic 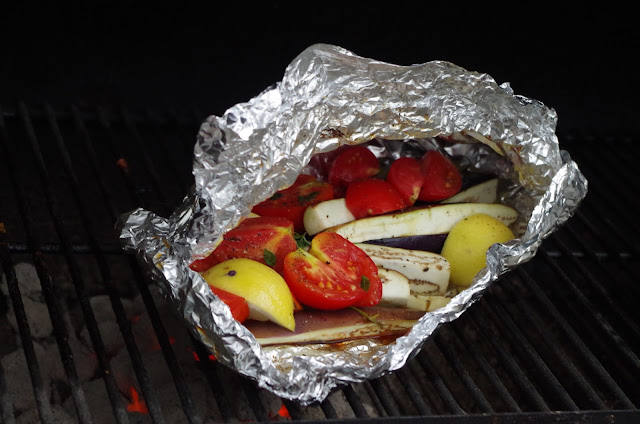 I am going to admit this right here and now:  I made this over the summer.

But then I went and forgot to post about it. Now eggplant is woefully out of season. What's a food blogger to do?

I guess that I have opted to entice you with all the glories of hobo pack so that you can make this easy packet of grilled vegetables next summer when eggplant is back at its peak, or you can just substitute other veggies. (Even autumn fruits and veggies--The New York Times has a tasty looking recipe for a sweet potato and apple hobo pack. And a mixed mushroom hobo pack is kindly featured over at Martha Stewart.) 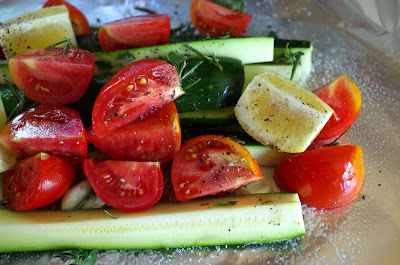 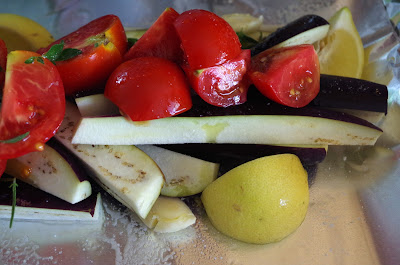 Sure, sure, the hobo pack has all the sophistication of the Boy Scouts, where legions of children have tucked meat and veggies inside a packet of tin foil and thrown them onto the open flame. And sure, it's hit or miss as to whether or not what you create is haute cuisine. There are burnt ends and charred knobs and mushy pieces.

However, the charm of the whole enterprise is its ease. The smoky flavor is an added bonus. And you can make these on the grill next time you're lounging around the back yard or whip up a batch of these on your next camping trip. The hobo pack can be filled with just about anything--from ground beef and sausage to butternut squash and sage. A simple Google search can send you into paroxysms of possibilities. And the recipe really are no-brainers. 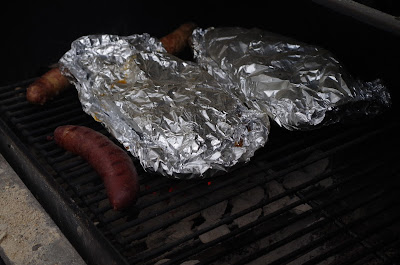 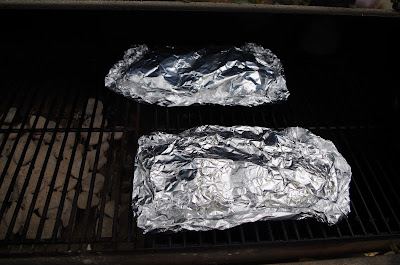 We made these while we had a dear niece (of sorts) stay with us (she's the husband's step-mother's best friend's daughter... you do the math). She was not a fan of eggplant, so I made a separate pack eggplant free. We gobbled these up with an array of fancy sausages from Market Hall (my favorite being the duck and rabbit sausage) roasted on the backyard grill.

Later, I sliced up the leftover zucchini and eggplant and threw them into a frittata for an easy breakfast. (So it seems to me that given how easy these packs are, they are an essential the next time we grill--if for no other reason than to have grilled veggies at the ready.) These packs were sustenance enough for fine adventures that we took with said niece up to Sonoma and around the Bay Area. And it's hard to believe we're well into autumn and she's back at school.


Summer or not, it's time to channel your inner Boy Scout and to get your hobo pack on. There are campfires to be had and vegetables to be eaten. Let's get to it! 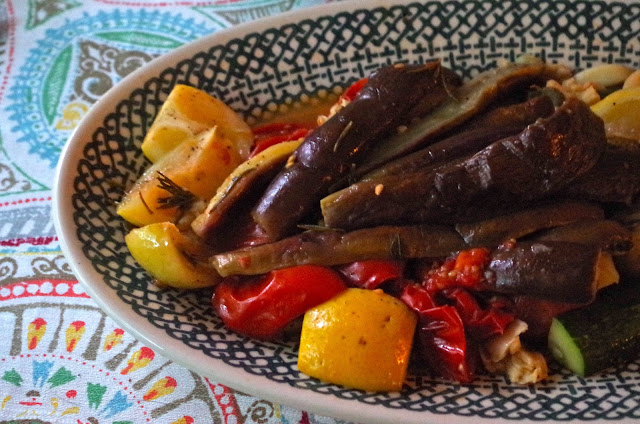 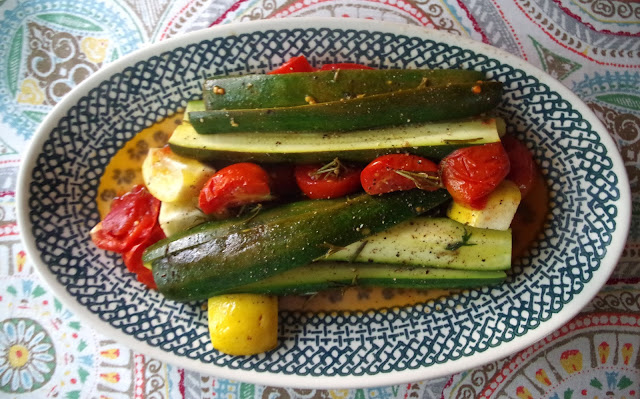 Eggplant, Zucchini, and Tomato Hobo Pack with Lemon and Garlic

Adapted from  License to Grill

Instructions:
1.  Lay out two sheets of heavy-duty foil, about 2 feet long, one on top of the other.  Place the lemon quarters in the center, then put the eggplant and zucchini quarters on top.  Follow with the tomatoes and garlic, add the herbs, and drizzle with the olive oil.  Lay a third length of heavy-duty foil over the top. Fold the edges of the sheets together on all sides, closing the pack, then roll up the sides until they bump into the food, forming a ridge around the perimeter.  (If you're feeling as if you need more foil, especially if you're throwing these on a campfire, then place the pack in the center of a fourth piece of foil and fold the four sides over the top of the packet.)

2.  If you're throwing these on the grill, then toss them atop a medium-high grill and cook 20-30 minutes. If you're throwing these on a campfire or onto the coals of the grill directly, do the following: The fire should have passed its peak of intensity and be dying down, so that is consists primarily glowing coals covered with a thin film of gray ash.  In other words you want a medium to low fire.  Clear a place for the foil packet, leaving a thin layer of coals.  Place the packet on the cleared area and heap up coals all around but not directly on top.  Cook, keeping watch and shifting the packet as needed so it is continuously in contact with the glowing coals, about 20-30 minutes, depending on the intensity of the coals.