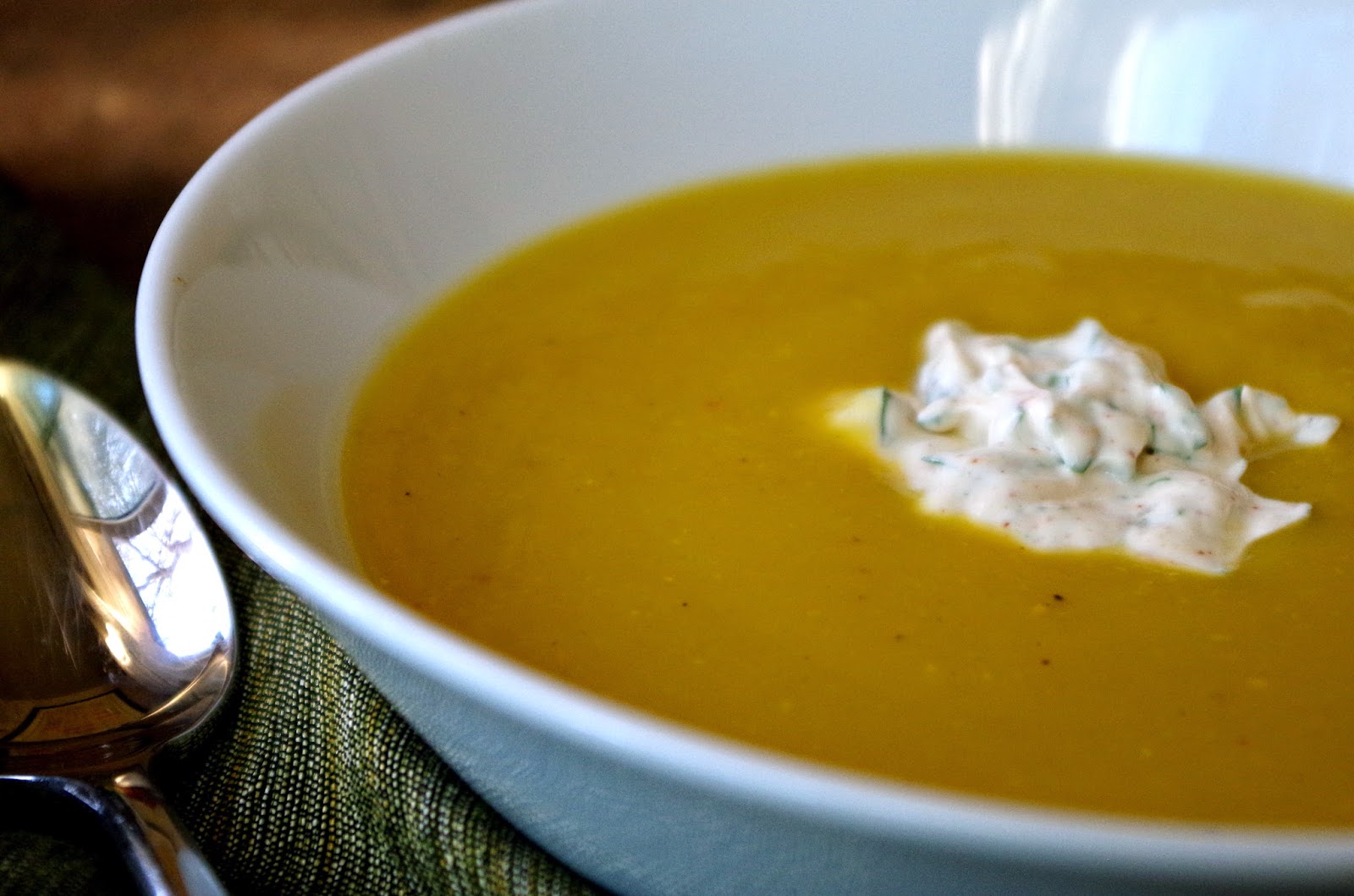 It's the season of the squash; as such, I have been trying to stay atop the weekly arrival of a squash in the CSA box.  Admittedly, I am behind.  I won't tell you how behind, but let's just say there is only so much squash that two people can eat in a week.  I have wrapped it in pastry, roasted it with dates and thyme, and now folded it into soup.  I have two bags of cut squash in my freezer.  And I fear that there will be more squash in this week's CSA box.  It is a founded fear. 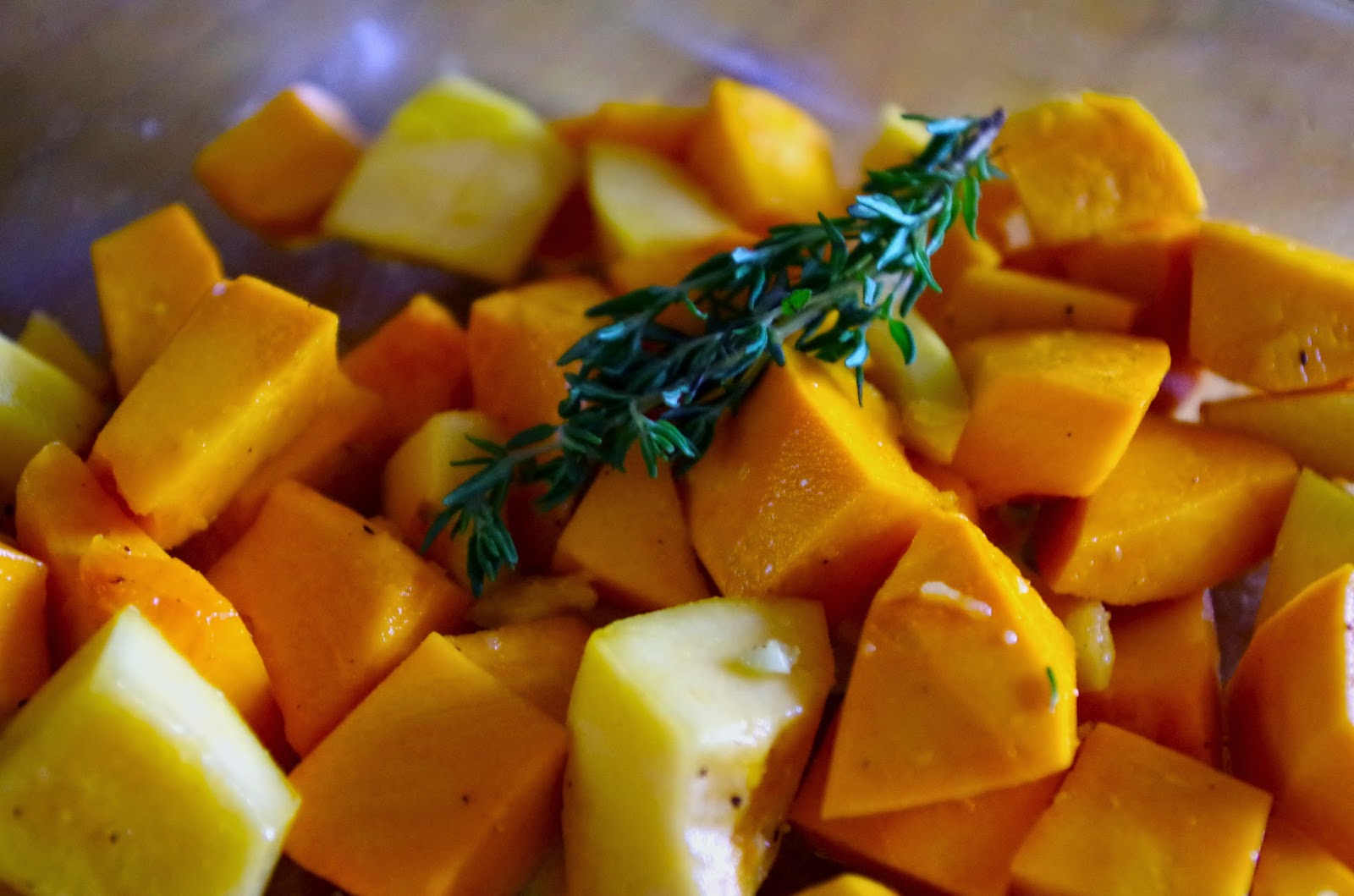 This recipe hails from a lovely cookbook--Ancient Grains for Modern Meals--and to qualify this soup for the cookbook, Maria Speck simply adds oatmeal to this soup, which thickens the soup nicely.  Thus inspired, I have recently taken to adding oatmeal (raw, believe it or not, but cooked would be equally yummy) to my morning smoothie.  It adds only a modicum of thickening, but more importantly it adds all the good stuff we know oatmeal can do.

Oatmeal is a whole grain, so it helps (as all whole grains do) reduce high blood pressure and reduce your risk for type 2 diabetes.  Further oatmeal contains a plant chemical, lignans, that purportedly helps to prevent heart disease.  Oats are full of beta-glucans, or so this Guardian article tells me, which help slow the absorption of carbs into your bloodstream and thus reducing the highs and lows of blood sugar.  Further, oatmeal can help lower cholesterol and is a good source of fiber.  Not a bad deal for what seems to be just a way to use up some of the abundant CSA squash in a soup. 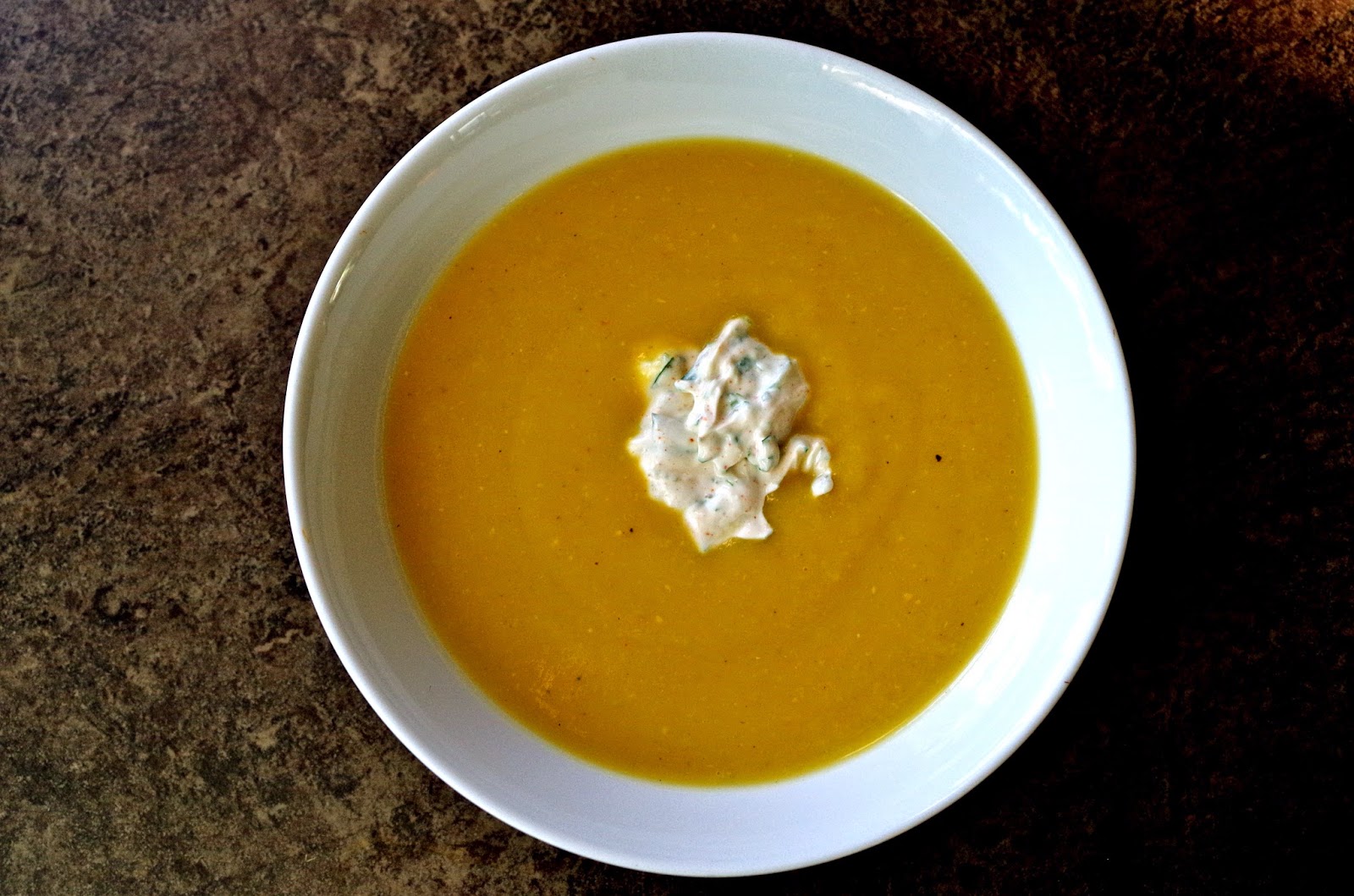 A few notes: When I made this number, I added two apples (which I peeled and sliced and threw in with the squash)--in part because I like apples in my soup and because, like the squash, apples were multiplying in my household every time I turned my back.  I needed to use those up, too.  The original recipe does not call for apples.  The original recipe does not know what sort of replication is happening in my kitchen.  Also to save a step (read: because I didn't follow instructions), I mixed the parsley into the yogurt topping.  It wasn't as pretty, but it was just as tasty. 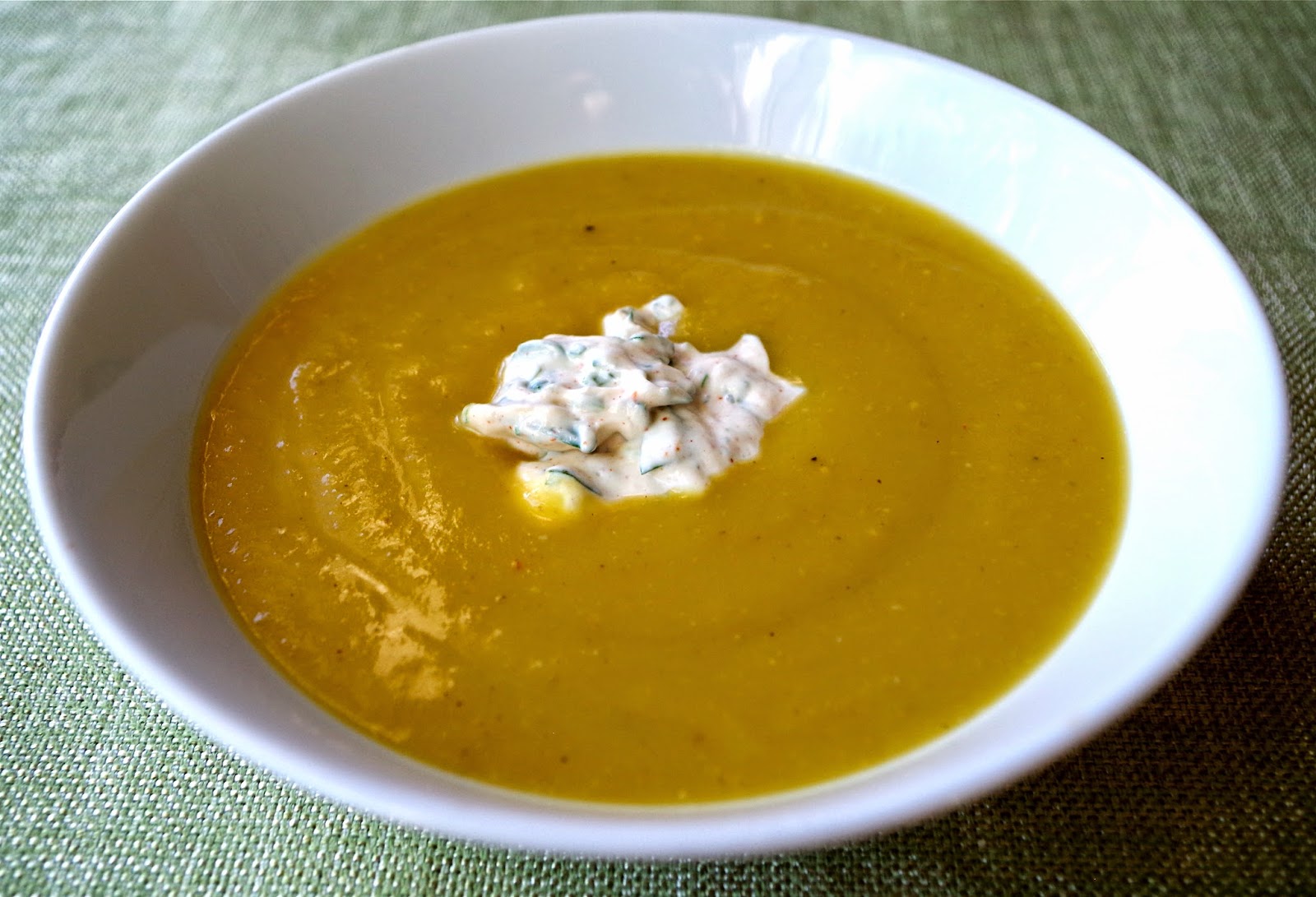 This morning, it's finally raining, and I have every window open in the house.  The husband is still asleep, but it's his birthday, so I am planning to cook him a little breakfast when he wakes up.  The cats are running around the house, and I have papers to grade.  But it's raining.  Oh, I love fall when it finally comes to Northern California.

*But really, you can use any kind of dense winter squash, such as acorn, butternut, kabocha, hubbard, buttercup, even pumpkin

Instructions:
1.  To prepare the soup, grind the oats in a food processor or blender until it becomes coarse meal, about 20 seconds. If you don’t own a handheld blender, do not clean the processor bowl or blender yet.
2.  Heat the olive oil in a large saucepan over medium-low heat. Add the onions, garlic, and ¼ teaspoon of salt and cook, stirring occasionally, until onion is glassy and soft, about 6 to 8 minutes.  Increase the heat to medium, add the squash and apples, and cook, stirring, for 1 minute (in order to cover the squash with oil). Sprinkle the oatmeal, nutmeg, pepper and pepper flakes across the top. Stir and cook until fragrant, about 1 minute.

3.  Add the broth and remaining ½ teaspoon salt and bring to a boil, scraping the bottom to release any toasted oatmeal bits. Decrease the heat to maintain a simmer, cover, and cook until the squash is tender, about 8 minutes.

4.  While the soup simmers, make the spicy yogurt topping. Finely grate the lemon half until you have ½ teaspoon zest. Squeeze the fruit to get 1 tablespoon lemon juice. Add the yogurt, lemon juice, zest, salt, cayenne, and parsley to a small serving bowl and beat with a fork until smooth.

5.  To finish, puree the soup with a handheld blender in the saucepan or in batches in the food processor or blender. If using a food processor, return the mixture to the saucepan and gently rewarm over medium heat until bubbles appear just below the surface, stirring a few times. Taste for salt, pepper, and adjust. Serve with a generous spoon of yogurt topping into each.
Ancient Grains for Modern Meals Apples Garlic Lemon Oats Onions Squash Yogurt