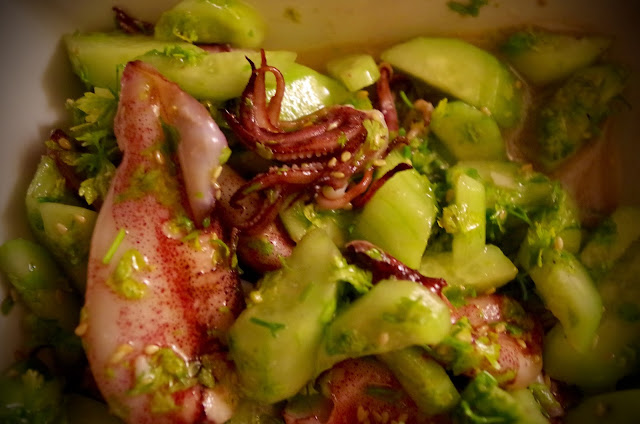 I really like it when other people make me squid.

I particularly like it when the kind folks at Camino in Oakland make me squid.

But I have to say, this is far too much work for what turned out to be mediocre results.

From here on out, I'll leave grilled squid to the chefs. 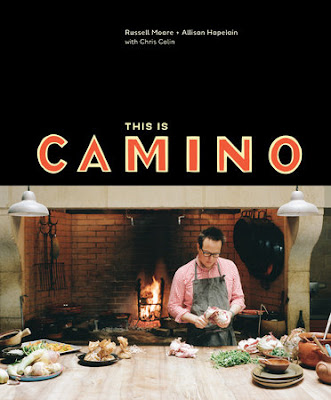 Full disclosure: I am a little grouchy. I have had a cold all weekend, which means I missed a backyard BBQ with some of the husband's friends on Saturday, a 1-year-old's birthday party on Sunday, and other general weekend revelries. Instead, I spent my weekend in a NyQuil-induced stupor and watched such gems as This is 40, the current season of Modern Family, Inside Out, and Troy. Don't judge--it was a fine mixture of what could be found on demand and of the laziness that precludes lifting the remote. Nonetheless, I am grouchy.

I wanted to love this cookbook, and I had been looking forward to its arrival.  But the sad truth is that I don't love it. The ingredients are too precious and the recipes too complicated: especially when I have the luxury of being able to drive less than five miles and be at the very same restaurant where someone else can make these things for me.  Plus it's where we celebrated one farewell dinner and one birthday brunch this year. 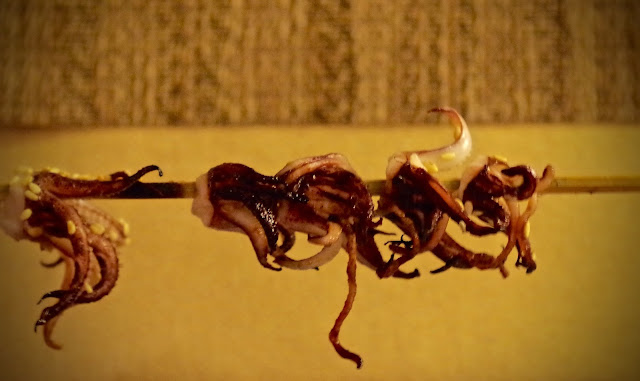 Yes, the cucumber salad in this recipe was excellent and the squid were appropriately smoky and crunchy.  But I am telling you, it was a lot of work to clean these slimy little cephalopods.

I am good. I don't need to make any more recipes from this cookbook. No more searching for sheep's milk ricotta (to be grilled in a fig leaf, no less) or anise hyssop or cardoons or fresh fenugreek or parsley root. All of these are wonderful ingredients, yes. But they're fussy.  So if you're in a better mood than I, you live near a specialty grocery store, and you have have time on your hands, I say more power to you. Have fun. Live it up.

But not me. I will just go back to driving to Camino.

Once I feel better, that is. 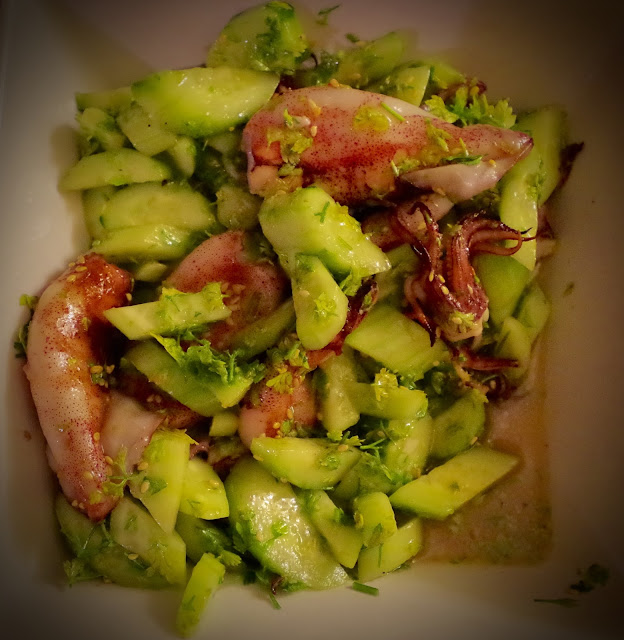 Adapted from This is Camino

Instructions:
1. To prepare the squid: Brush the squid with olive oil and sprinkle with salt and sesame seeds.  Skewer the tentacles and the bodies separately and with enough room between them so they will cook evenly. Put the skewer through the tail end of the body.  Prepare the coals until they are hot with no flames.

2. To make the dressing: Pound the garlic and a pinch of salt in a mortar. Add the shallots and the juice of the limes. Stir.

3.  To make the salad: Peel the cucumbers, then cut in half lengthwise. Cut into half moons on the diagonal. Put the cucumbers in a bowl and season them with salt. Pour in the olive oil and about half of the garlicky lime juice. Tear or slice the anise hyssop or other herb (I used chervil). Toss everything together and taste. Add more garlicky lime juice and/or olive oil as needed. Set aside while you grill the squid.

4.  To grill the squid: Place the bodies on the hot side of the grill and the tentacles on a slightly cooler side. Grill until the bodies puff up and the undersides turn from grey to reddish brown, about 3 minutes. Then flip the squid. Cook until the other side changed color and there are no translucent parts, even between the tentacles.

5.  When the squid is done, spread the cucumbers on the plate, leaving a little juice in the bowl. Slide the squid off of the skewer onto the cucumbers and top with remaining cucumber juice over the squid.
Blogging for Books Cucumber Garlic Lime Sesame Seeds Shallots Squid This is Camino