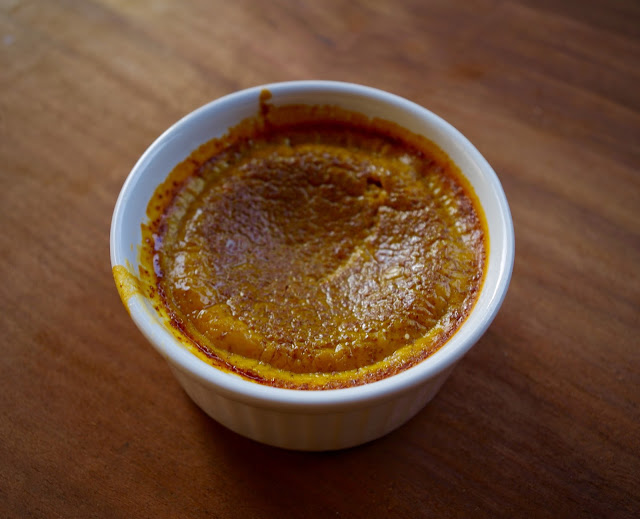 I love a pudding.  Simple, satisfying, classic, not too flashy.

Which is what I would say about  Nicole Spiridakis's cookbook Flourless.: Recipes for Naturally Gluten-Free Desserts. As you know, I am not gluten-free, but I do want to embrace more gluten-free cooking, for a few reasons: first, I have plenty of gluten-free friends whom I want to feed, but second, I think it is important to have a variety of foods in one's rotation, especially around Thanksgiving time, when oodles of people with many different dietary needs come together. 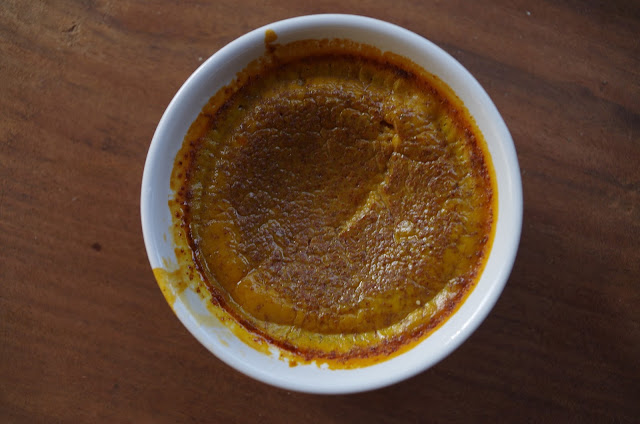 Our national reliance on wheat is a boon for North Dakota, Kansas, and Montana; however, any sort of monoculture is troubling for a state (and yes, even vineyards, while I love their product, can be tricky for agriculture). Spelt (Ohio), buckwheat (New York), amaranth (Nebraska), barley (North Dakota, again), and oats (Minnesota) contribute to a variety of crops and a variety of foods for all of us. These are things I can get behind.

However, what is wonderful about Nicole Spiridakis' relatively new cookbook is that she eschews expensive gluten-free flours and strange additives. This is the kind of gluten-free cooking I can get behind: it's so gluten-free that you hardly even notice that it is. 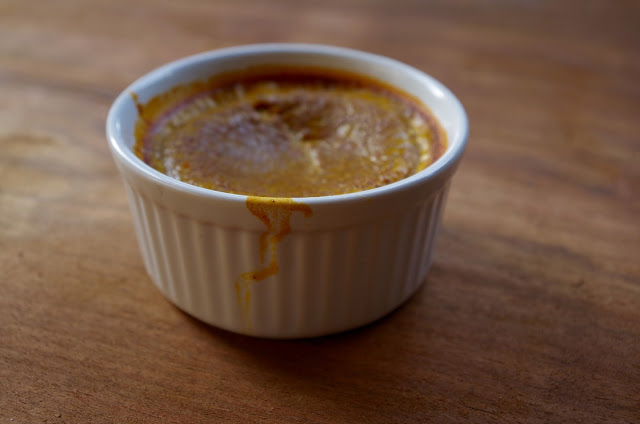 I love Spiridakis' blog, cucina nicolina, and have been reading it for years, as she has roamed from San Francisco to Morocco and now to Saudi Arabia. I'll admit that it was her photographs that drew me into her site; I found them warm and inviting and, more than anything else, inspiring. And I thought (perhaps erroneously) to myself, hey, I can do that, too.

I started messing with my camera, trying different angles, inspired by some of the styling that Spiridakis had done. Turns out I really cannot do what she does. By no means are my photos as luscious as hers, but I do credit her with inspiring me to become an even better photographer who still has a lot to learn. 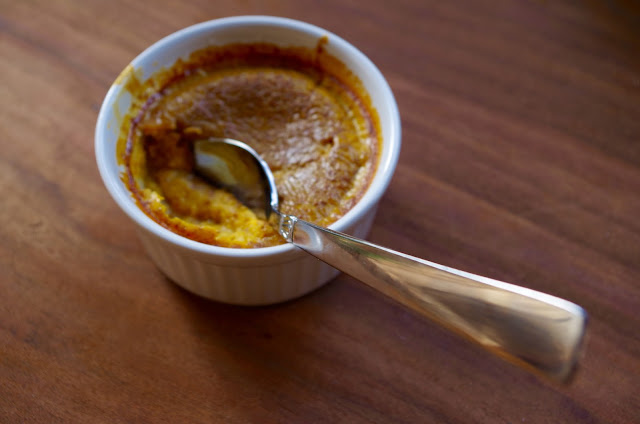 Yet, her wonderful cookbook doesn't harken back to just cucuina nicolina for me. Additionally, it connects me to At the Immigrants Table, by Ksenia Prints, from whom I was gifted this book. Prints is as international as Spiridakis, for her journey has been from the former USSR to Israel and now to Canada. Like Spiridakis, her photography is delightful, and she admits to her own photographic journey from grainy under-lit snapshots to breathtakingly composed photographs. It was an utter delight to connect with her via this lovely cookbook. 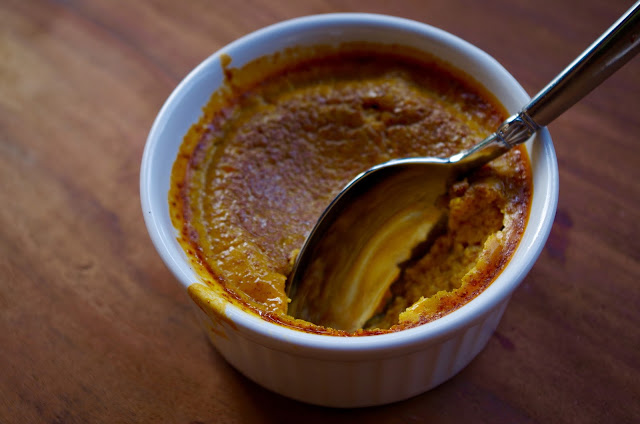 But let's come back to the pudding, shall we? This is the perfect pudding for this time of year. Because let's face it--this is really just pumpkin pie filling. Sweet, delicious, and perhaps a little (or a lot--no one will see how liberal you're being with that "Tablespoon") bourbon-infused pumpkin pie filling.

You see, I am not a huge fan of pie crust. But I am a huge fan of pie filling of all kinds. So this recipe does all the right things: It hits your sweet spot, but not too hard because Spiridakis uses maple syrup rather than sugar. It conjures up those satisfying feelings of post-Thanksgiving dessert without all the disappointment of a dry pastry crust. It gives you pudding.

How can that be wrong? 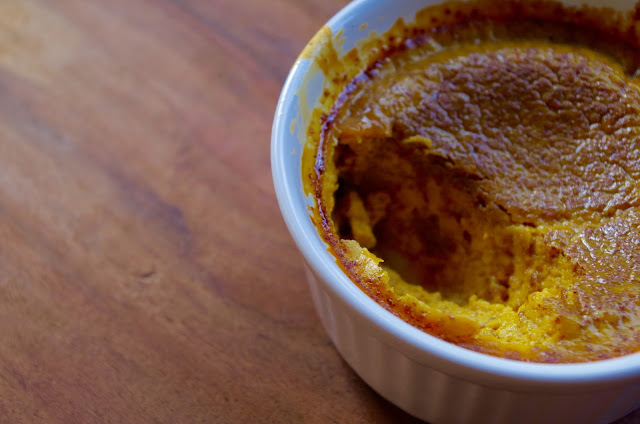 2.  In a large bowl, lightly beat the four eggs. Then whisk in the pumpkin puree, milk, maple syrup, bourbon (if using), and vanilla. Add the salt, cinnamon, ginger, and nutmeg, and give the mixture another whirl.

3. Pour the mixture into the ramekins, dividing it evenly. Place the ramekins on a baking sheet, and bake until a knife inserted into the middle comes out clean, about 40-45 minutes.

4. Remove from the oven and cool for about 15 minutes. Chill the puddings, lightly covered in plastic wrap, in the refrigerator for at least 2 hours and up to over night before serving.
At the Immigrants Table Eggs Flourless Ginger Maple Syrup Milk Pumpkin Vanilla