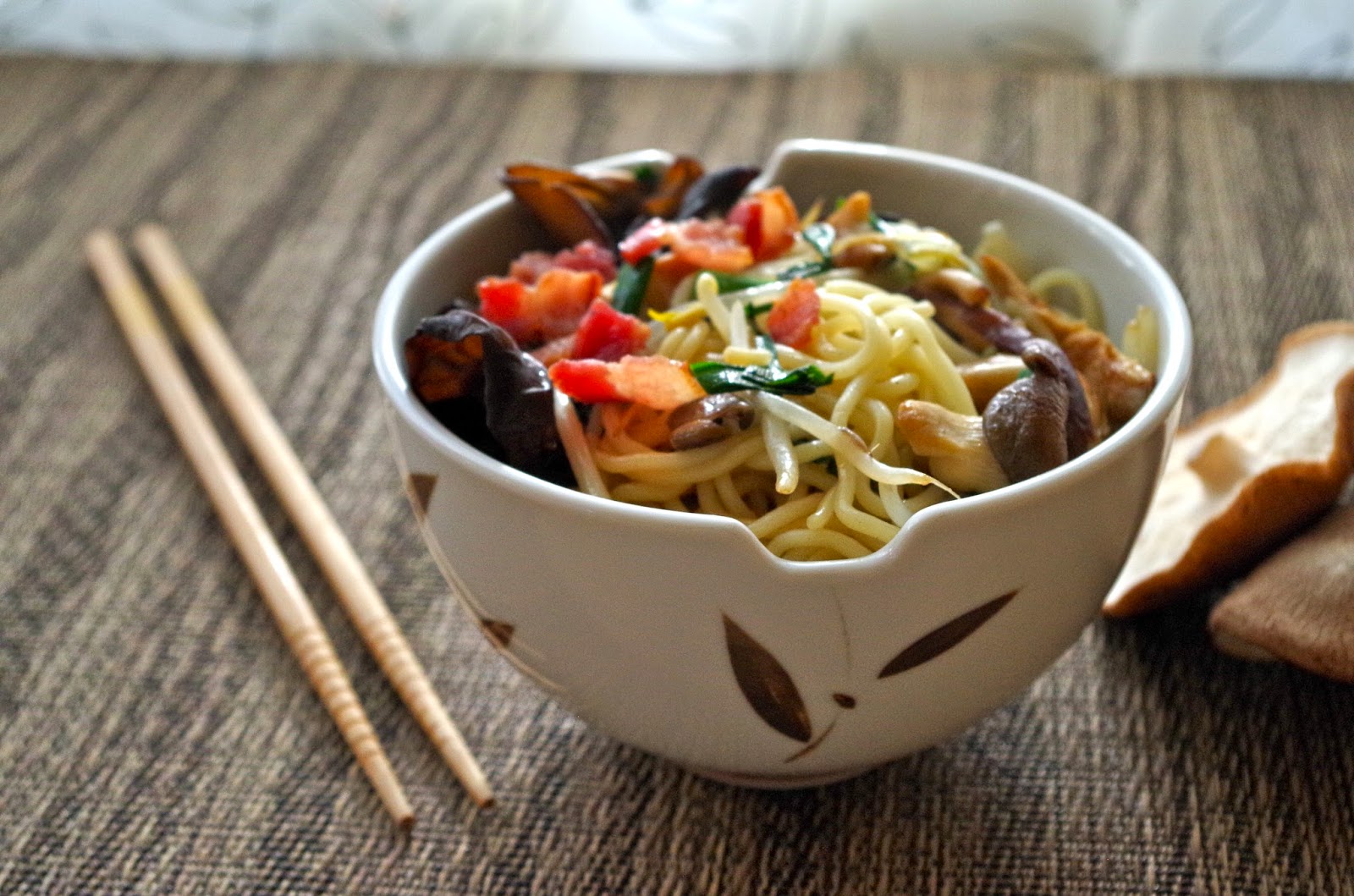 Often those who are not in the know, my ignorant self included, have relegated the wok to simply a vessel for the stir fry. However, one can see the wok truly for what it is: a "cooking pot"--which is precisely what wok means in Cantonese. 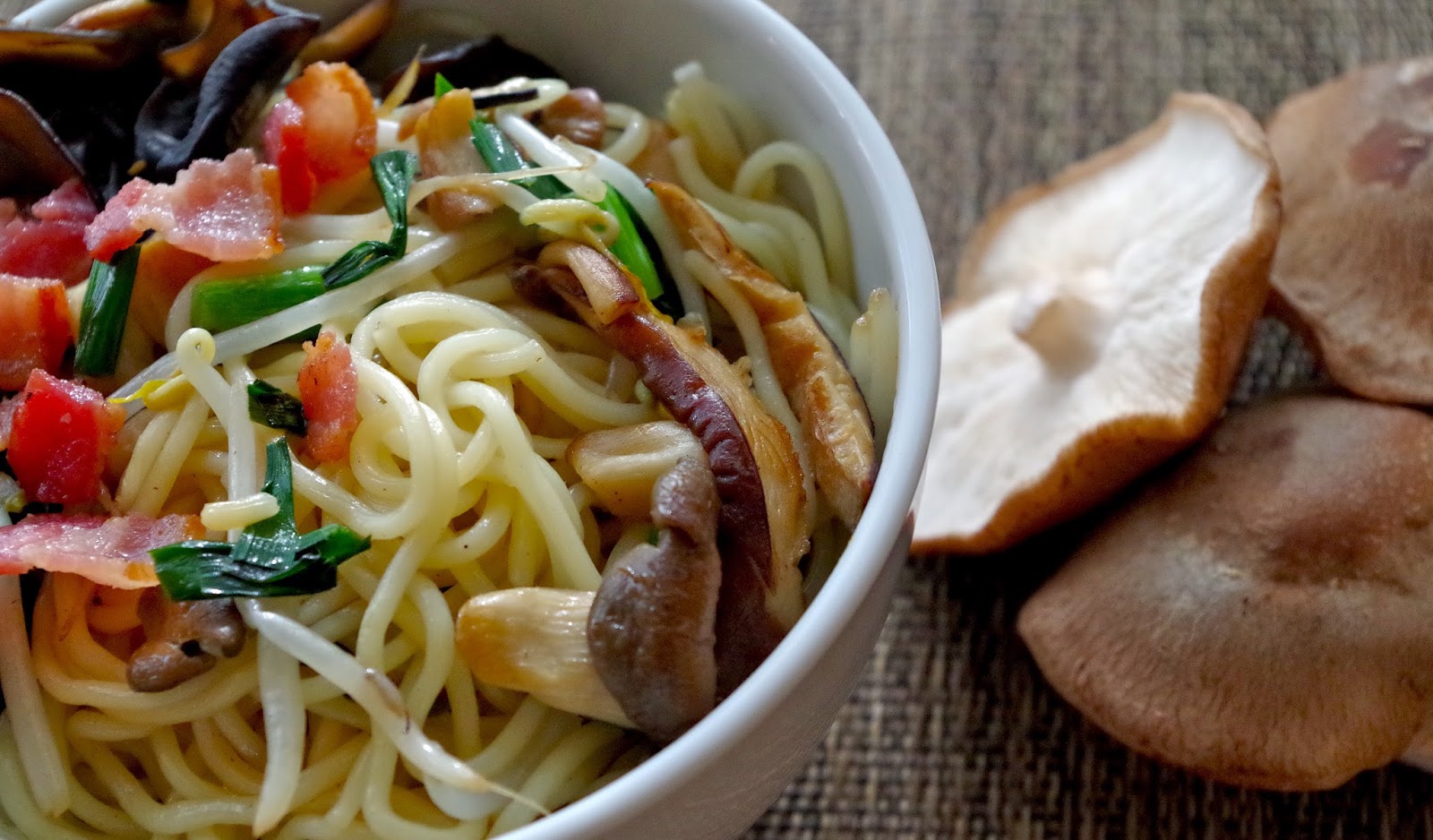 I started to get curious about the wok, so I called upon our trusty friend, the internet, to tell me all about it. Turns out, we don't know a ton about one of the most widely used cooking vessels in the world, but people have all kinds of theories. I needed some answers--consequently, I turned to notable food historian, Rachel Laudan, who had this to say: we don't know much about the (history of the) wok.

She reports that some believe that as a Chinese cooking pot, the wok is about 2000 years old; however, as Laudan attests, other scholars date it more likely to about 1000 (or even only 500) years old and suggest that the wok is pretty intertwined with multiple other cultures--including Japanese, Indian, and perhaps Turkish cuisines. Still a pretty long lineage but apparently a tangled set of roots. Even Laudan admits that there's a research project out there for someone. Invite me over for dinner once you have finished your work. We'll make noodles. 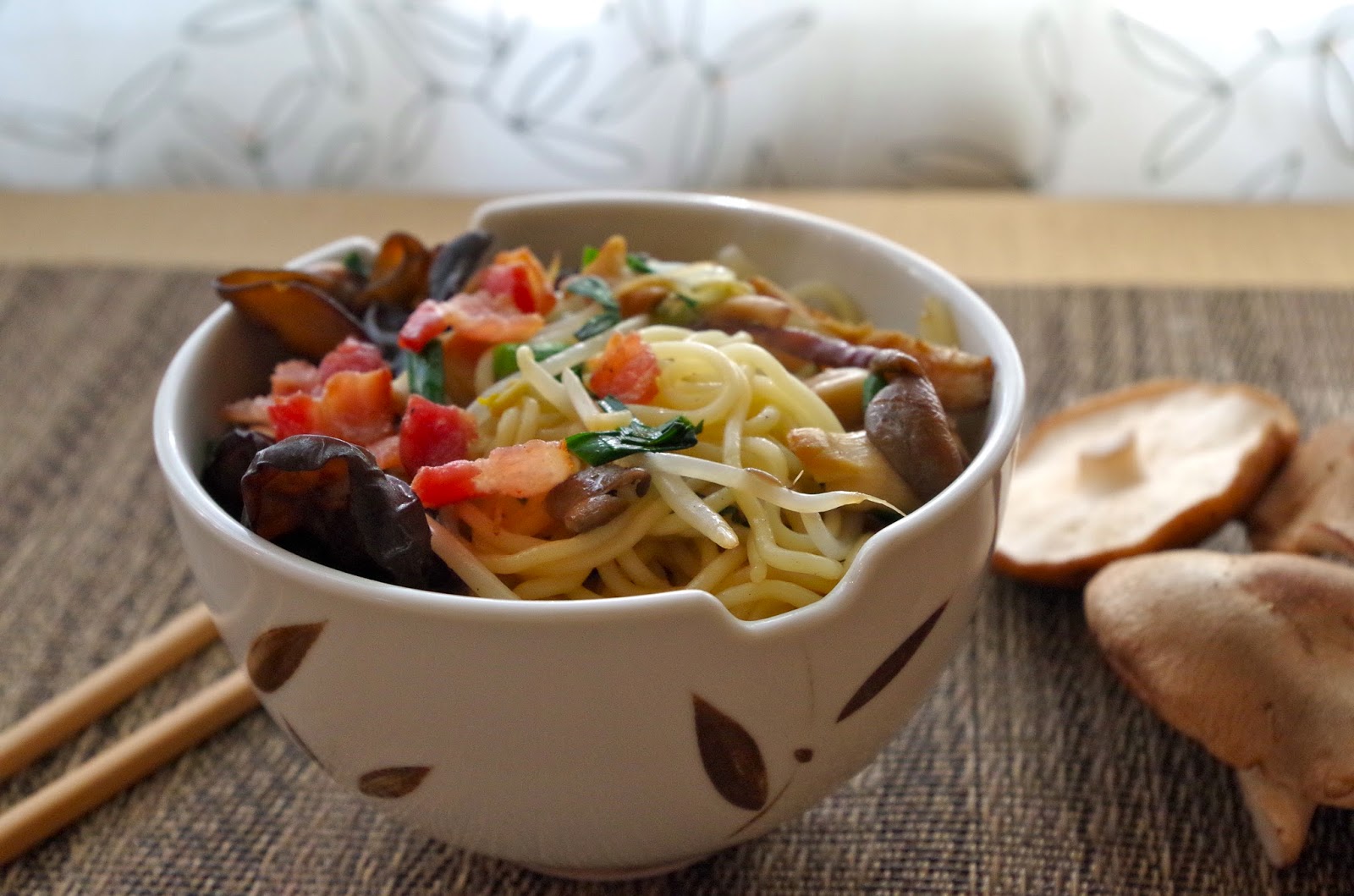 The wok comes generally with a round bottom in the East but with a flat bottom in the West--mostly so that the pan can sit on the electric stove in many Western kitchens. However, you'll see plenty of Western kitchens using the round-bottomed wok with a wok ring that lifts the wok away from the heat source and steadies the pan; those who use the round-bottomed wok swear by it, for the round bottom allows the rounded spatula to scoop up everything in the bottom of the wok and allows for better heat distribution (and consequently more even cooking of the food). That said, we own a flat-bottomed wok, and it has served us well.

I did read a little about the seasoning of a wok, so since we just played historian for a little while, let's play scientist for a paragraph. A well-seasoned wok is one that has been used quite a few times, and a natural layer of polymerized fats and other cooking oils have accumulated on the pan. This produces a fine carbon layer that prevents corrosion and reduces sticking--in other words, produces a nice little natural "teflon" coating. Thus, you want to avoid soapy water in washing your wok because you don't want to scrape that off. Just run water over your wok, put a little cooking oil in and heat that oil. Then simply wipe out any excess oil. Your wok is ready to go for the next round. Then, just put your wok right back onto your stovetop because you can use it for anything--from spaghetti and meatballs to Sri Lankan stir fry. 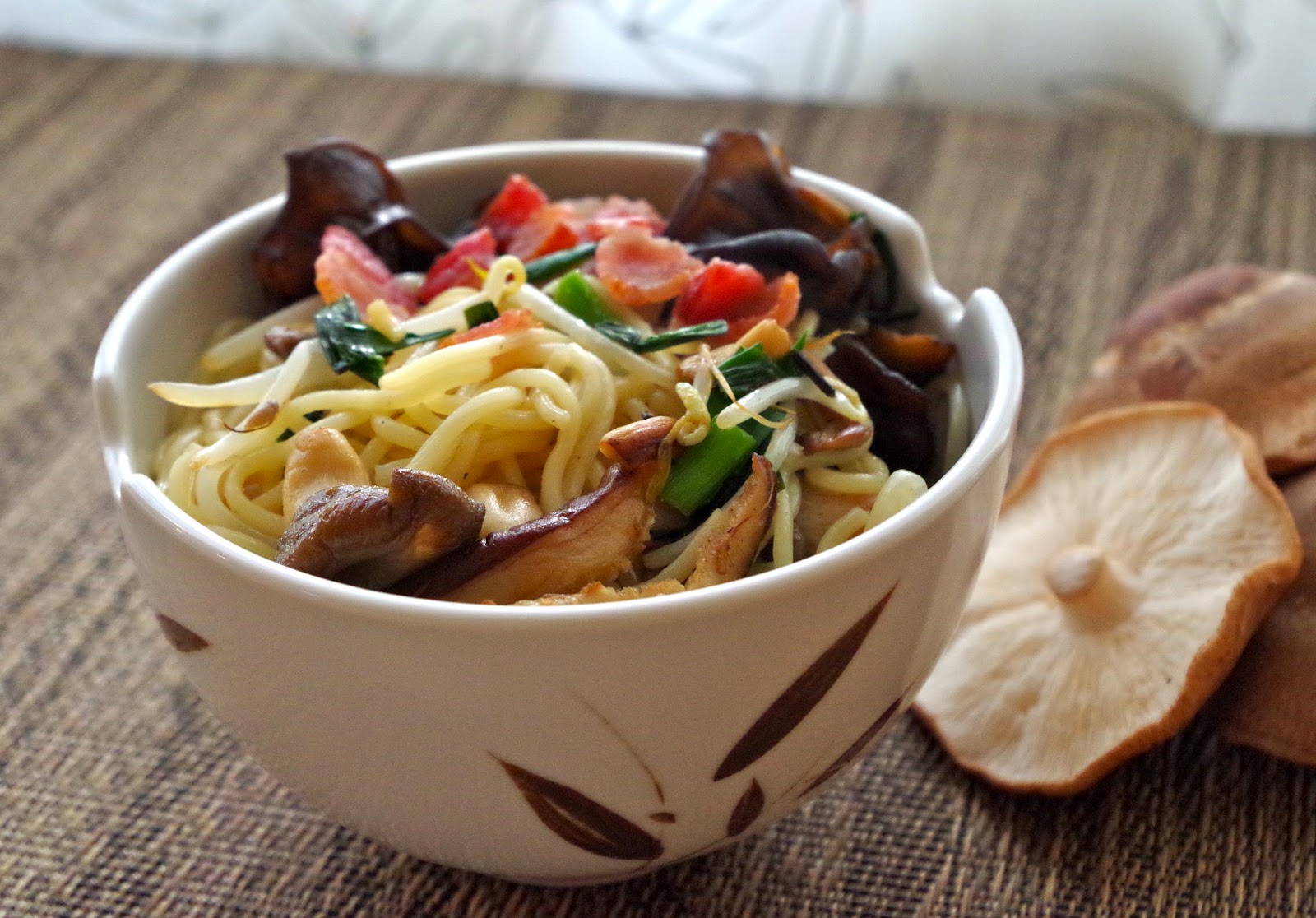 This little recipe comes from this cookbook: Wok and Stir Fry: Fabulous Fast Food with Asian Flavors. It has not been a cookbook that has served me particularly well, as I find it to be a generally under-seasoned endeavor. However, it does nudge me in the direction of noodles for dinner (and the next day's lunch), and that's never a bad thing. As is usual, the recipe in the book was a little on the bland side, so I had to kick it up a few notches in the recipe below. What followed, however, was a lovely Asian take on the noodles with wild mushroom theme that we will be seeing this year (seriously, I have three recipes that require someone to go out and forage for me so I can mix fungi with starch). So, while this recipe is not going to knock your socks off, it does all that you need it to do: feed you good food on a weeknight in about 20 minutes. Not a bad thing.

Yay, noodles in our much-needed wok!

*A variety of mushrooms is best, and if wild mushrooms are not available or outside of your budget, cultivated mushrooms are just fine. I used wood ear, shitaake, and oyster.

Instructions:
1.  Heat enough water to cover the noodles in the wok until the water boils.  Cook the noodles about 3-4 minutes or until just tender. Drain, rinse under cold water, and then drain well. Wipe out the wok and set the noodles aside.

2.  Heat 1 tablespoon of oil in the wok.  Add the bacon, and fry until golden. Using the slotted spoon, transfer the cooked bacon to a small bowl.  Set aside.

3.  Heat rest of the oil to the wok, then add the mushrooms, and fry for 3 minutes.  Add the garlic chives and bean sprouts, fry for 3 additional minutes, and then add the drained noodles.

4.  Season with salt, pepper, oyster, soy, hoisin, and chile sauces. Continue to stir-fry until the noodles are heated through. Sprinkle the crispy bits of bacon on top, and serve.