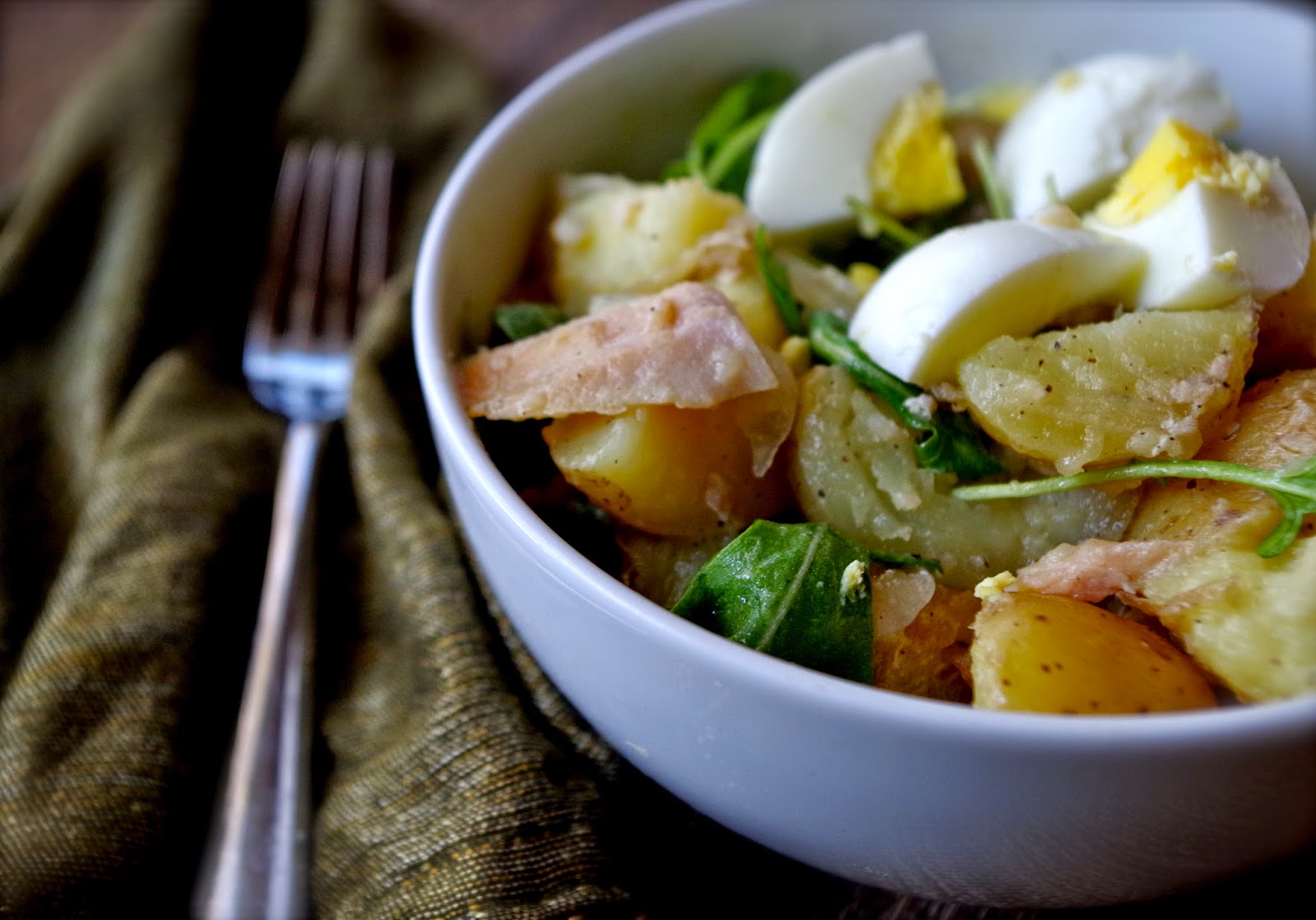 I present to you: Potato Salad. 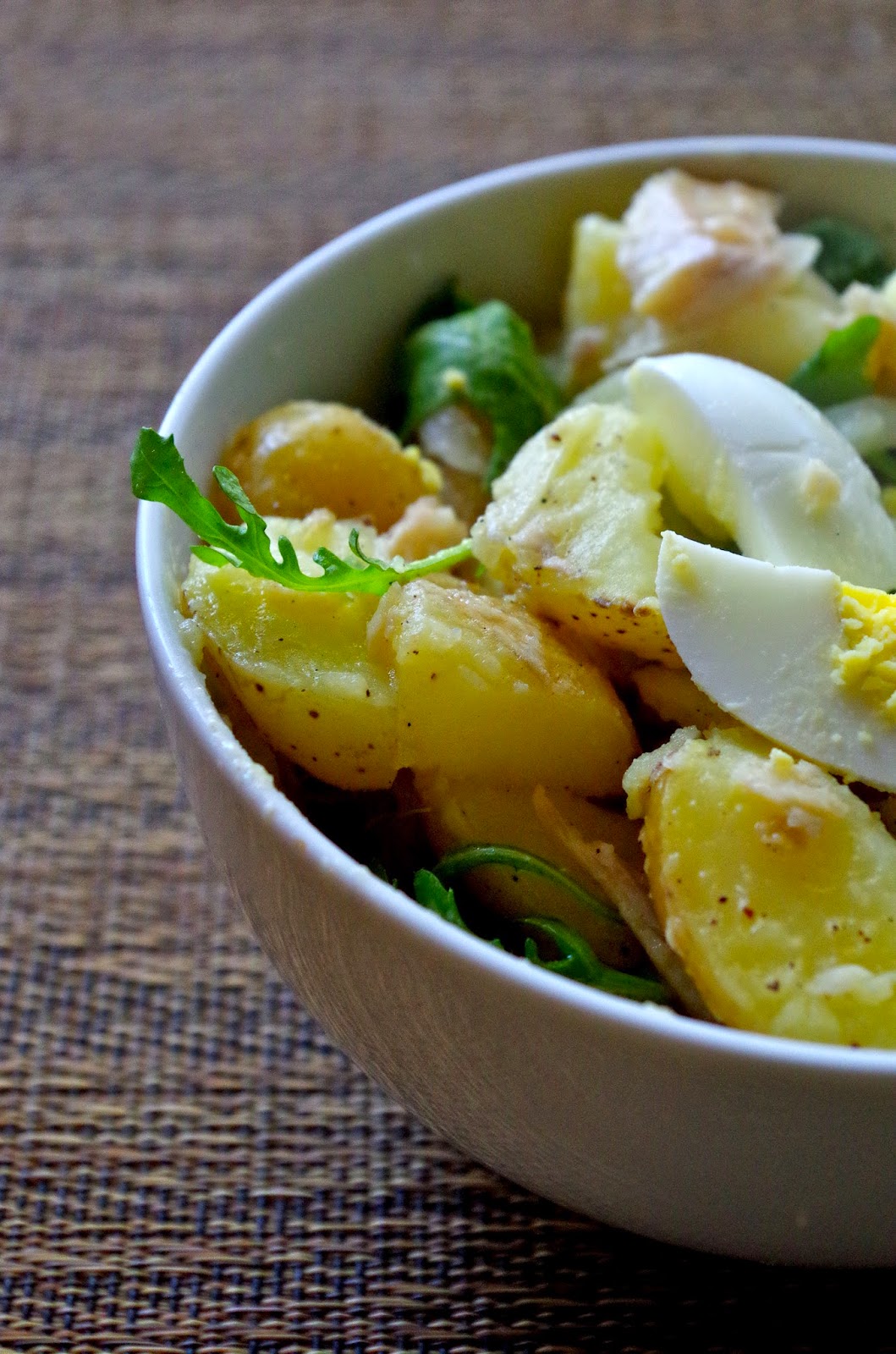 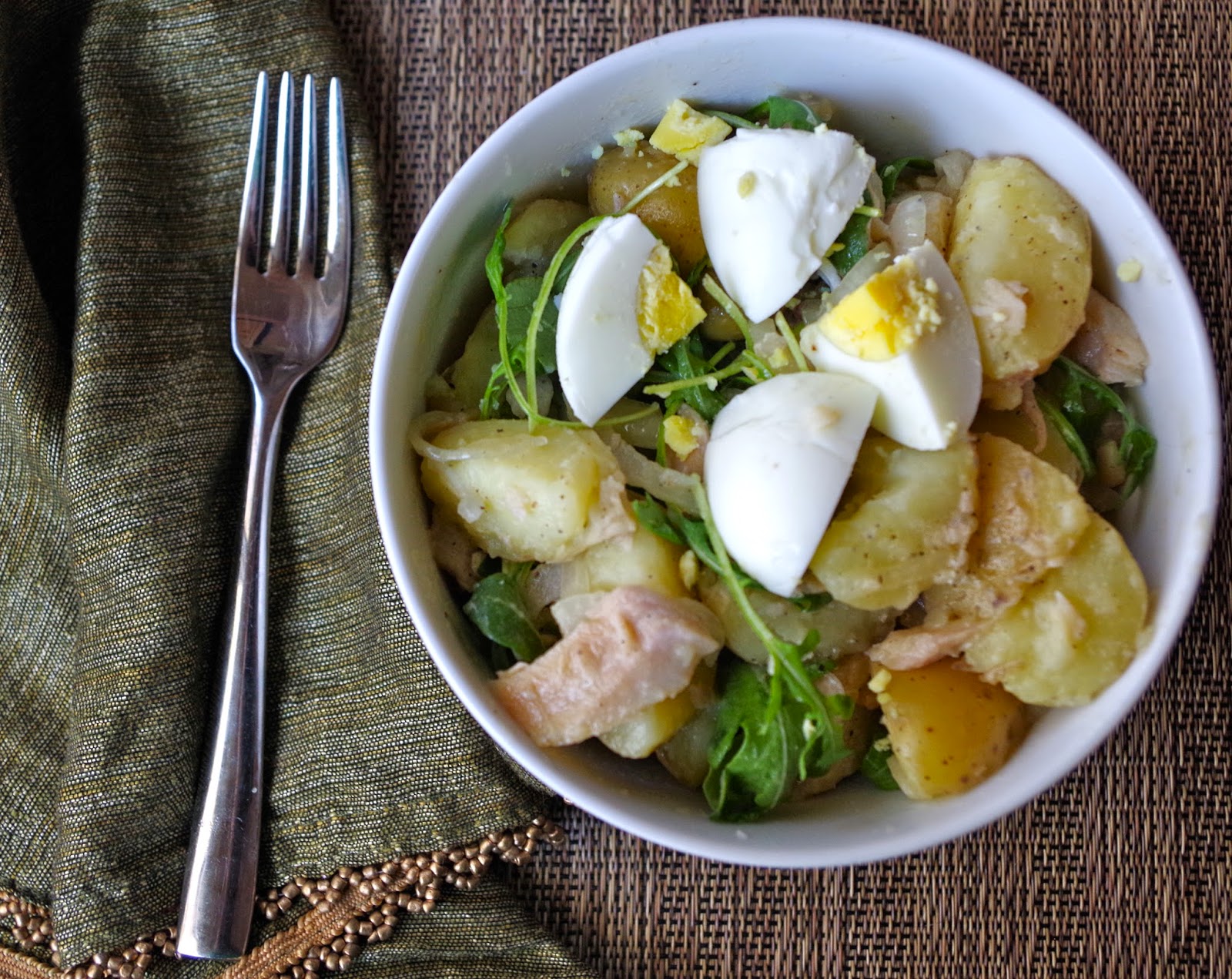 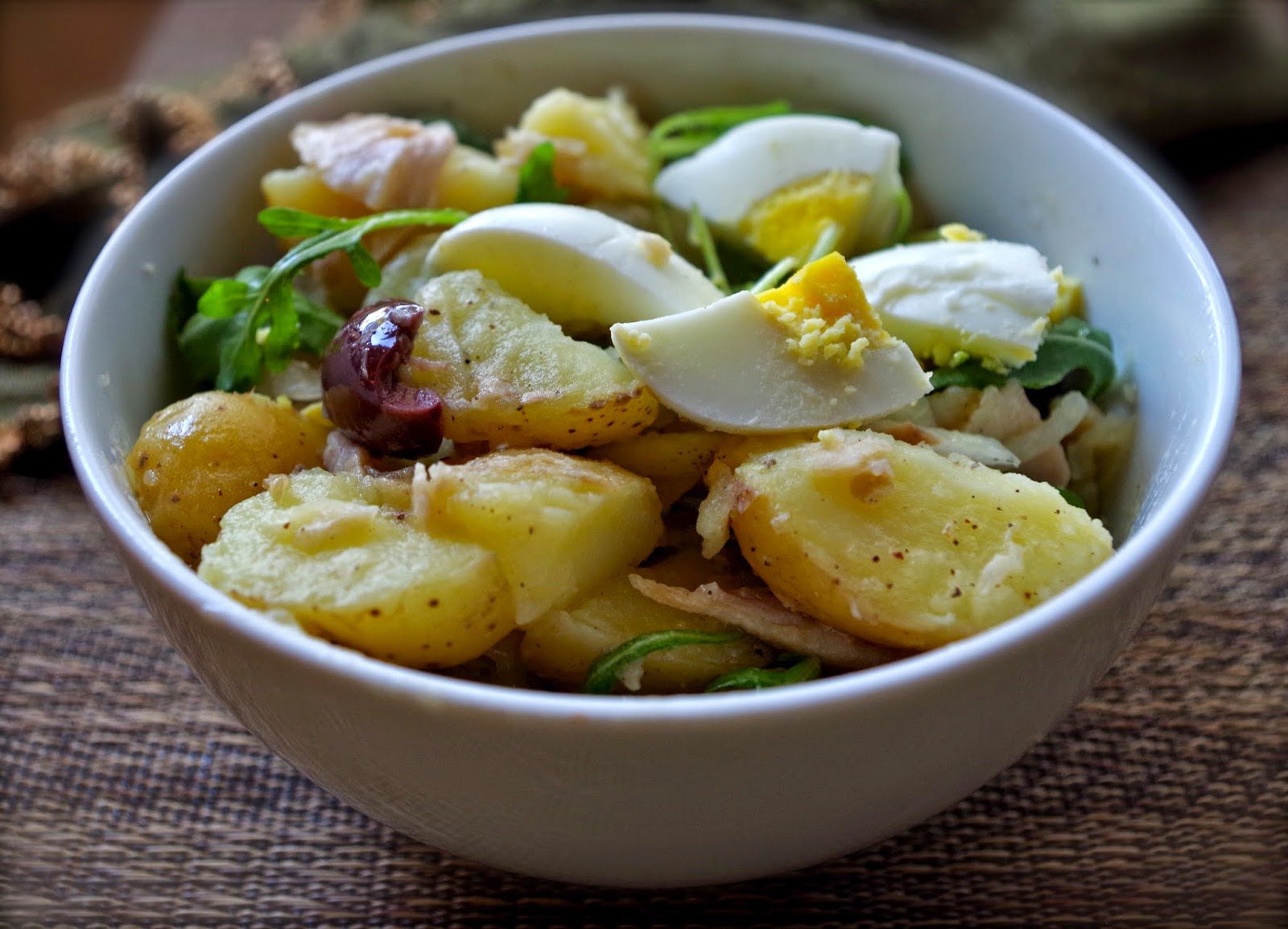 Okay, that does it for a discursive entry on Thanksgiving memories, a phenomenal book, raw onions and traditional potato salad. Happy Tuesday, my friends.

*I used small Yukon Golds, quartered or halved
**Although another flaky, smoked fish--such as trout---will do

Instructions:
1.  Cover the potatoes with cold salted water and bring to a boil.

2.  While they're cooking, toss the onion with vinegar, oil, olives, dish, and 1/2 teaspoon of salt.

3.  When the potatoes are fork-tender, drain them, then cut in half lengthwise. While still hot, add them to the bowl along with the arugula.  Turn gently.  Taste for salt and season with pepper.  Serve garnished with the egg, cut into quarters or halves.