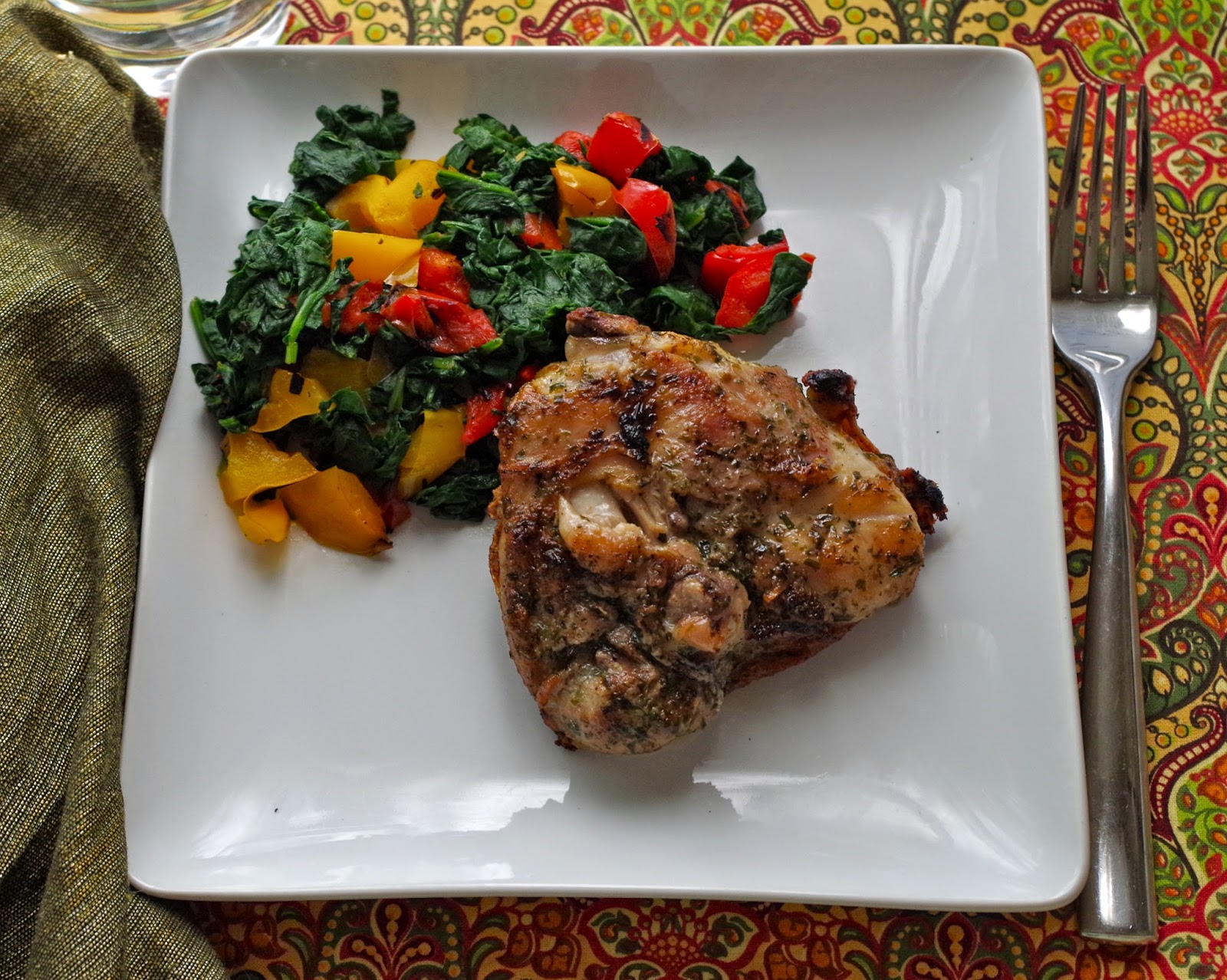 This cookbook (The Lazy Gourmet) was written by the mother and sister of a friend of mine, so I had to procure a copy, obviously. And the recipes are as easy as can be. A simple cookbook, this little paperback has no photographs (save some hand drawn illustrations) but is full of straightforward, weeknight, and (dare I say it) lazy gourmet meals. 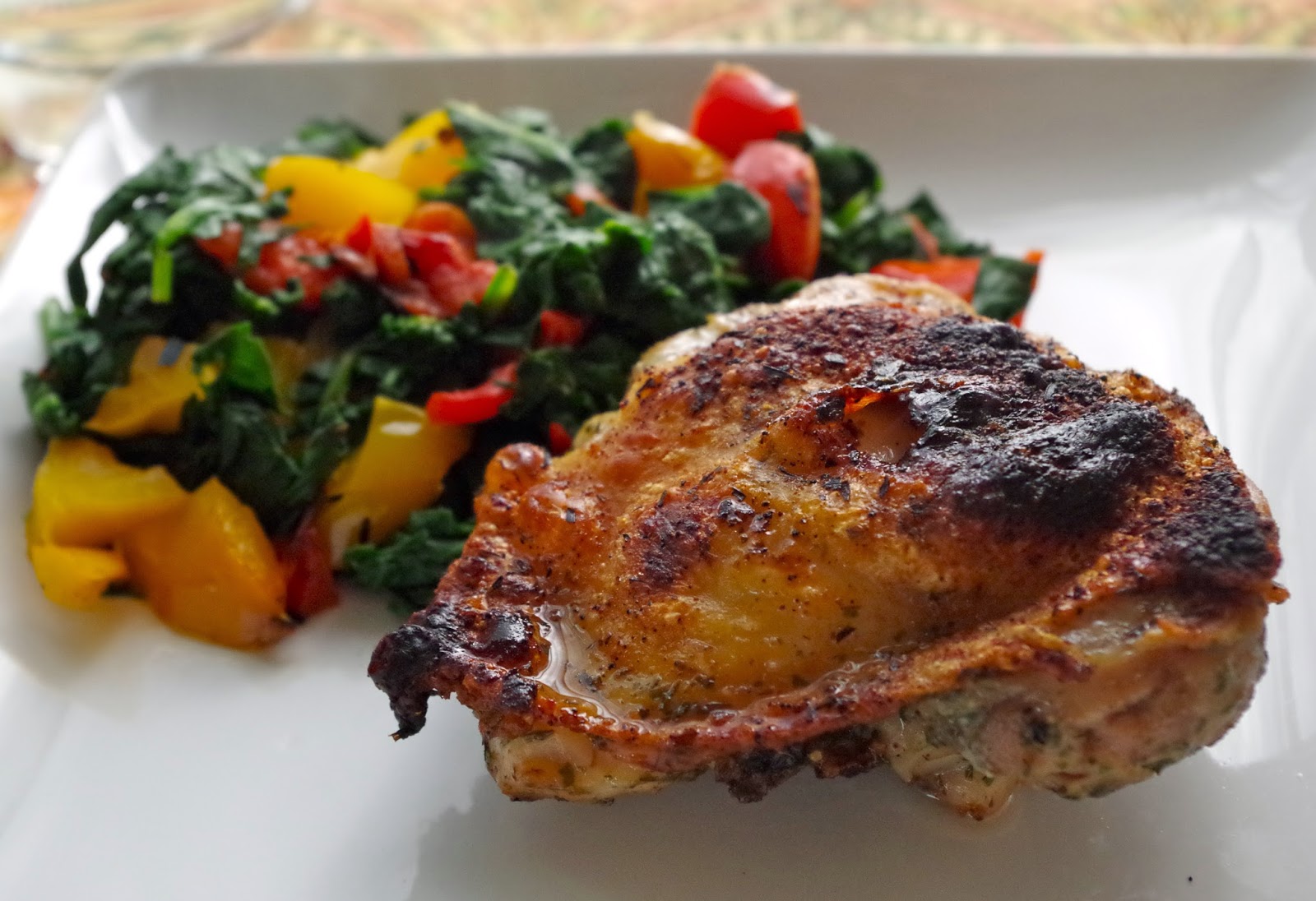 Or meals to make when you have other things on your mind. Like the premiere of the second half of the final season of Mad Men.

(Why, yes, I will stay with this show until the bitter, bitter end.)

(That said, there were also martinis.) 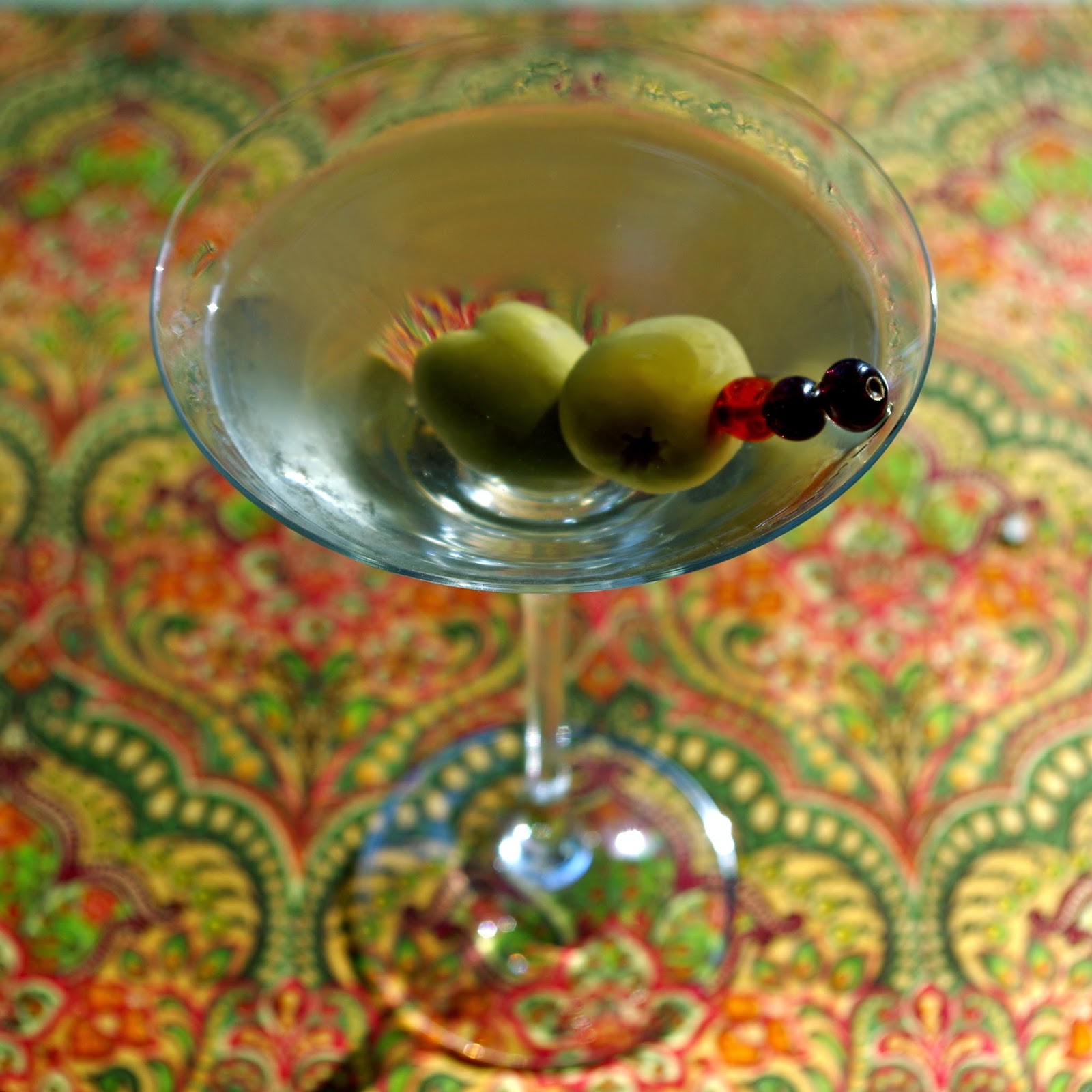 The Lazy Gourmet is one who is defined by a love of good cheeses, fresh produce, and a variety of herbs and spices, (and has no snobbery about those that are often dried) and by a limited amount of time.

The husband did find the chicken to be a little salty, which he liked.  A lot. However, he likes salt a little more than the average bear, at least according to that 1960s genius Yogi Bear.  However, if you are not as big of a fan of salt and prefer to use garlic powder, the ratio of garlic powder to salt is about 1:3. Thus, use 1/4 tsp of garlic powder and then as much salt as you think is necessary or appropriate for your palette or diet. 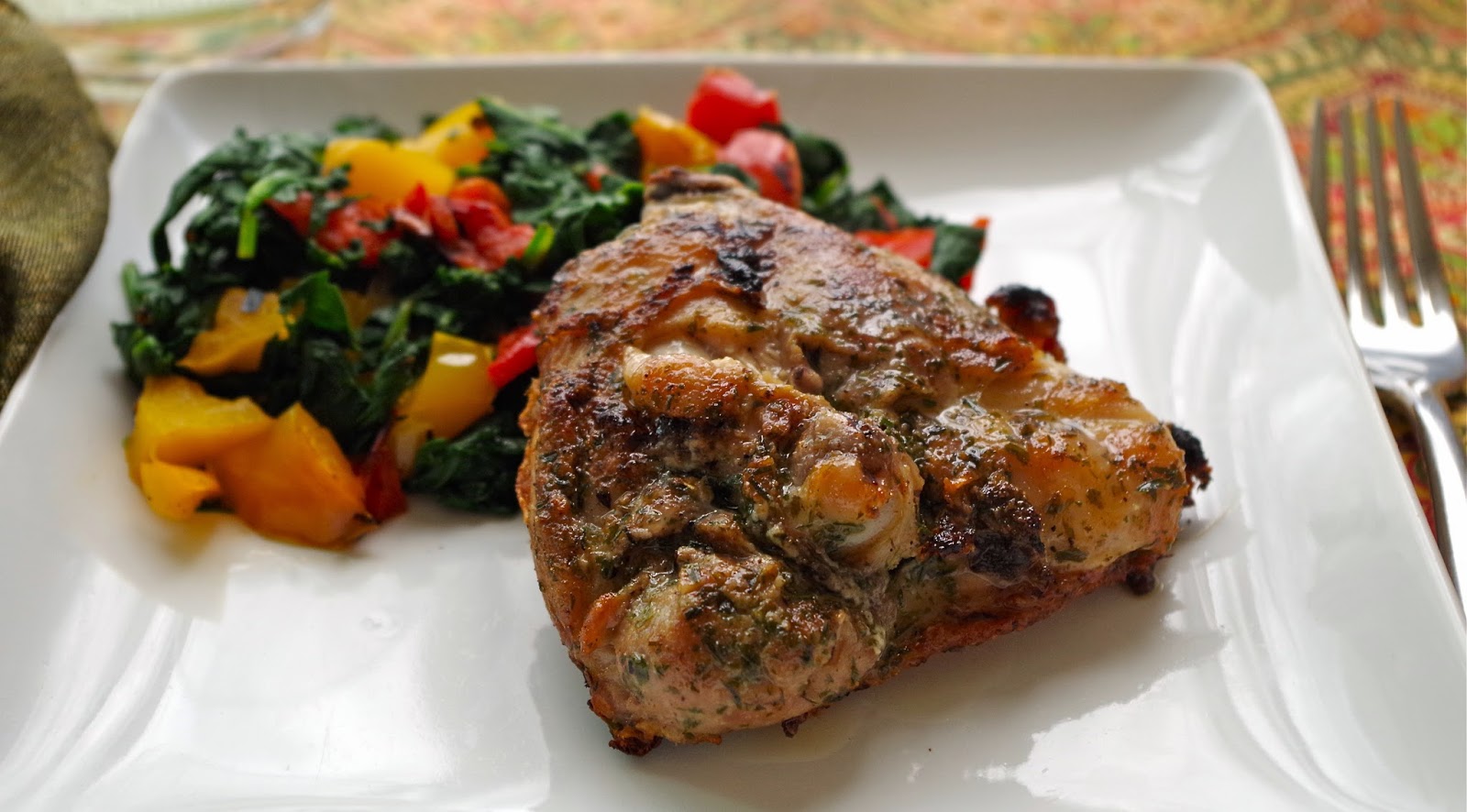 Otherwise, broil this simple but tasty meal up in less than 30 minutes, sauté some spinach (with some leftover roasted red and yellow bell peppers from the local market), and you have a meal.

Then, sit back, because there is Mad Men to watch, people. 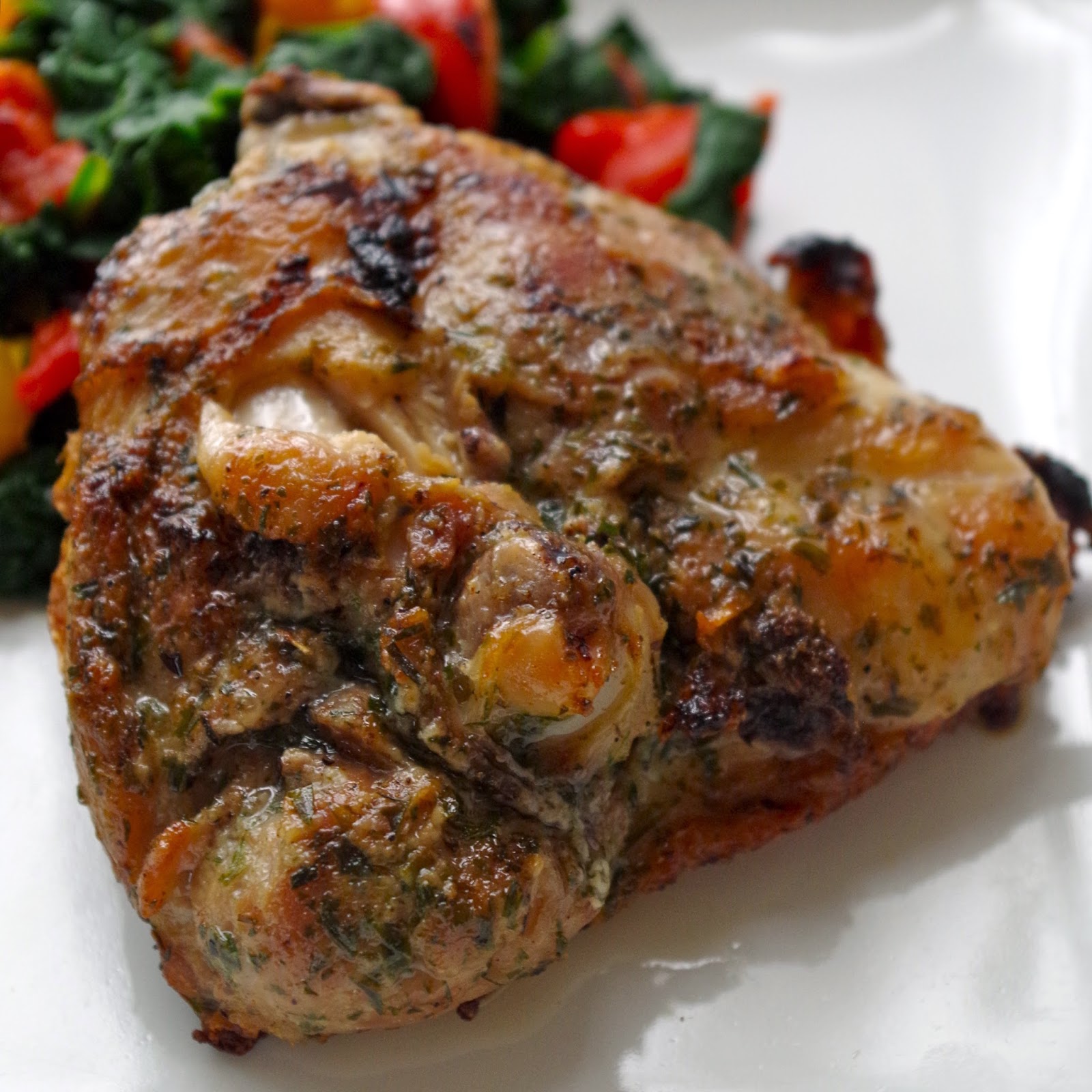 One Year Ago: Mushroom Risotto

Adapted from  The Lazy Gourmet

2.  Mix together the oil, pepper, garlic salt, and tarragon. Rub chicken with the oil mixture.  Place chicken on broiler pan. Broil about 4 inches away from the broiler, 20-25 minutes, turning once, about halfway through. You may have to broil the dark meat for an extra few minutes, or until the juices run clear or the thermometer reads 165 degrees F.