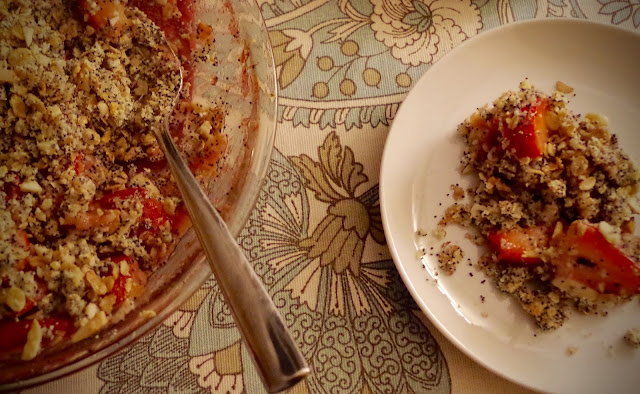 I love poppy seeds. These kidney-shaped black seeds from the opium poppy are highly nutritious, for they boast high levels of iron, copper, calcium, potassium, manganese, zinc, and magnesium. Further, they are a good source of B-complex vitamins. They even are chock full of oleic acid, which helps lower LDL or "bad cholesterol."

But let's face it--I love them because I like to pop them with my teeth. 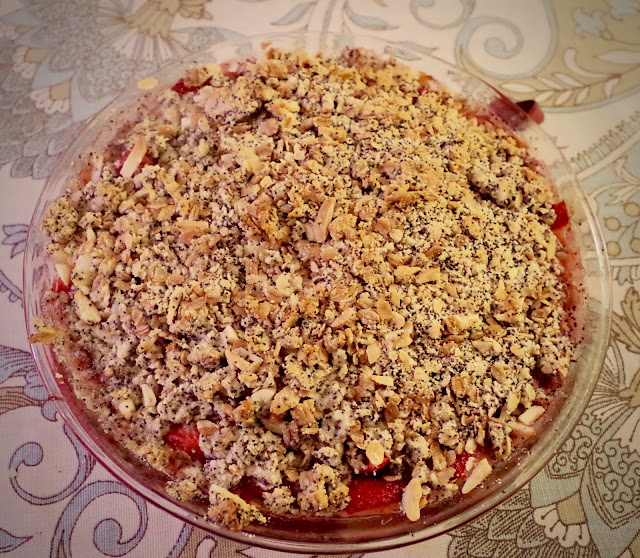 And according to Wikipedia (site of all reliable information), it's a fine thing that I have enjoyed them, for they not only promote health but also wealth and, apparently, invisibility.  That just might be the opium talking. 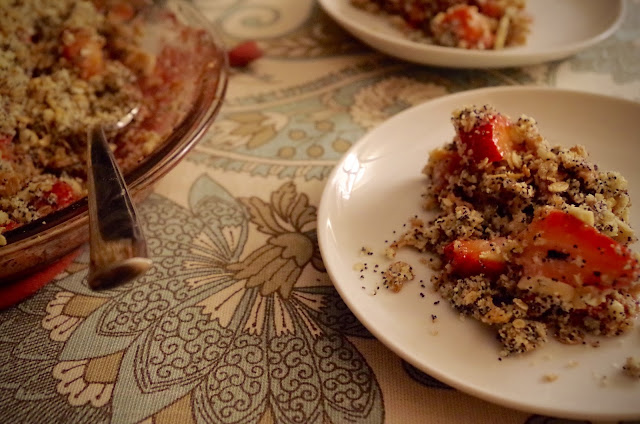 I did a lot of experimenting with this recipe, but I leave it--for the most part--intact below. This crisp is a simple, gluten-free dessert, boasting almond flour and oatmeal as its crumble.

However, here are some of the changes I made: 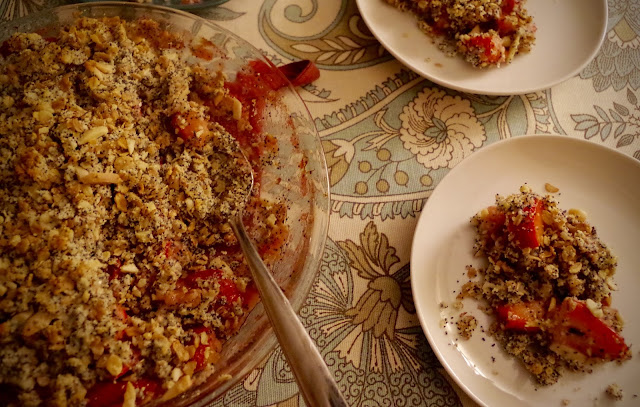 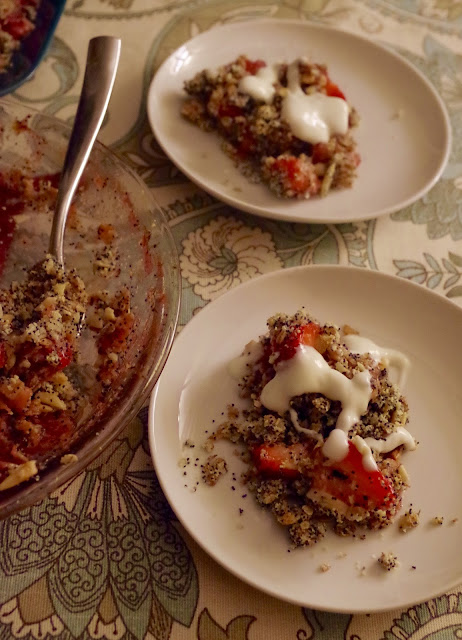 What I loved about this recipe is that it is overflowing with poppy seeds. In fact, you have to really like them to enjoy this crisp, for the seed popping opportunity is quite high. So much so that the husband, who recently had some oral surgery, had to avoid this dessert, as he didn't want any errant seeds to interfere with his healing. 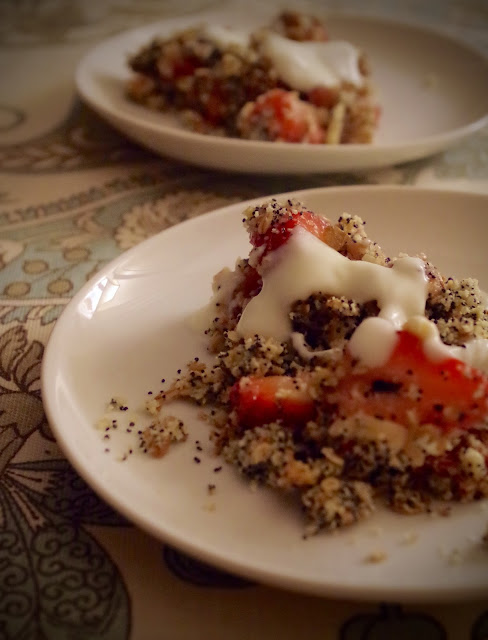 Which just meant more for me the next morning for breakfast. 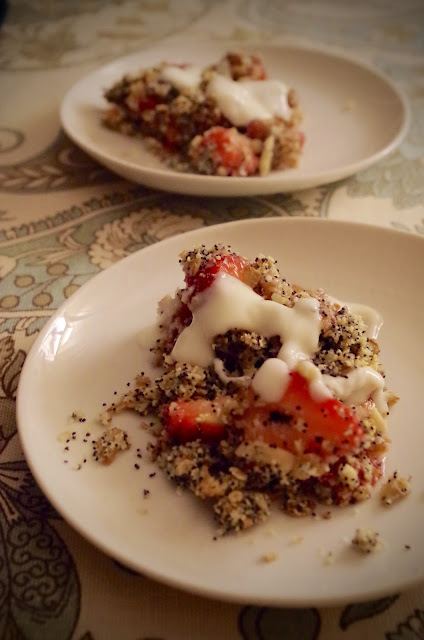 Instructions:
1. Put the strawberries into an ovenproof dish with the 3 tablespoons of sugar, the lemon zest and the vanilla seeds. [I added rhubarb that had been soaked in sugar leftover from this recipe and reduced the sugar to 1 tablespoon.]

2. Mix the almond flour, oats and poppy seeds in a bowl and add the orange zest, and break the butter into little chunks and add it to the bowl. Use your fingers to rub the mixture together, lifting handfuls of it out of the bowl to get some air into the crisp topping. Once the mixture looks like breadcrumbs and there are no big lumps of butter, add the slivered almonds. Stir in the remaining sugar.

3.  Pile the mixture on top of the strawberries and bake in the hot oven for 25 minutes, until the top is golden and the strawberries have shrunk and started to caramelize around the edges.

4.  Serve with a dallop or a drizzle of yogurt, cream, or ice cream on top.
A Modern Way to Eat almonds Butter Lemon Oats Oranges Poppy Seeds Strawberries Sugar Vanilla