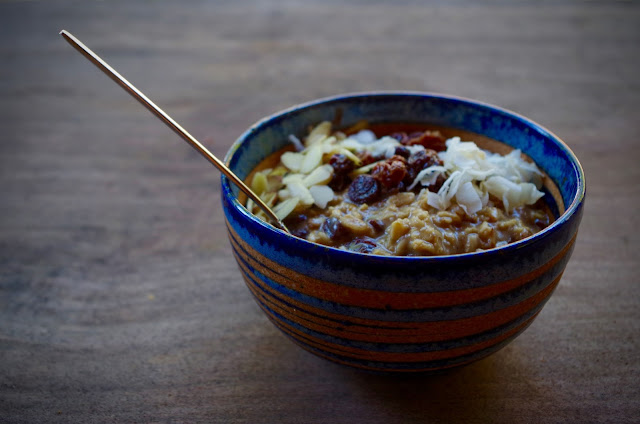 We spent the weekend away up the California coast, where the days (and nights) are cool and foggy, if you're lucky. (Sunny and bright, if you're not.)  As you know, I love the cold density of the fog and the way it nudges you towards sitting next to a fire and reading that book you've been avoiding for no other reason than sheer laziness.

I will admit it: I read three books this weekend. Three. 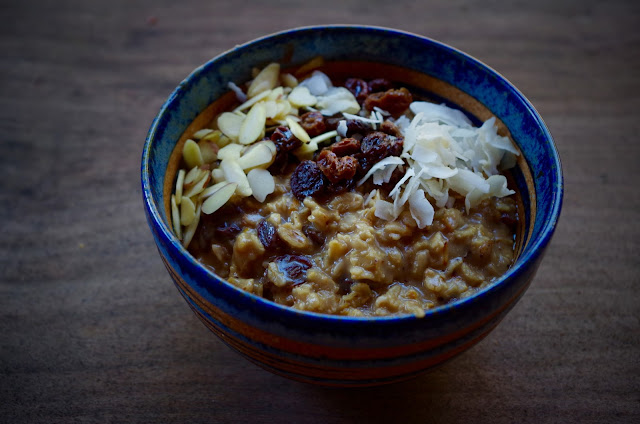 On Monday morning, I woke up late and I made this beautiful bowl of oatmeal. However, this was no oatmeal. It was fancy oatmeal, from Tess Ward's The Naked Cookbook.

First you soak the raisins in Earl Grey tea, not only infusing them with flavor but also ensuring a caffeine pick-me-up for the morning (I guess you could go with decaf if that's your fancy). Then you toast the oatmeal with a little orange zest. Let's admit it here and now: the toasting is what makes this oatmeal nutty and sweet perfection.

While it all may seem a little fussy and perhaps not your typical Monday breakfast, this oatmeal was lovely with raisins bursting with tea, with crunchy almonds and nutty almond milk and sweet coconut (and a lashing of maple syrup if so desired (side thought: do people use lashing as a verb with anything other than maple syrup or butter?  It's not as if one asks for a lashing of ketchup)). 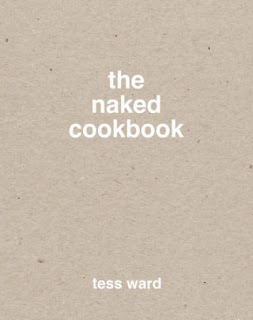 On top of all of that, Tess Ward's cookbook is a beauty: even its cover is stripped back to the basics of book board and an exposed spine. While she does get into a whole chapter on detoxes (which I still find somewhat suspect), her chapters are devoted to "Pure," "Raw," "Stripped," "Bare," "Nude," "Clean," and the aforementioned "Detox." Eschewing processed or refined foods, Ward celebrates creative cooking with pure, whole ingredients.

In fact, an unnamed opening chapter demystifies broths, stocks, dressings, dips, infused oils, sauces, and dressings in order to ensure the foundations or the toppers to your meal are as healthy as the meal itself.

She then launches into a slew of recipes that will soon find themselves in my belly, not the least of which "Molasses and Ginger Porkballs with Bok Choy," an unfortunately named "Yoga Bowl" of curried sweet potatoes, "Salmon Tartare and Wasabi Creme Fraiche," and "Lamb Meatballs with Rhubarb Sauce." 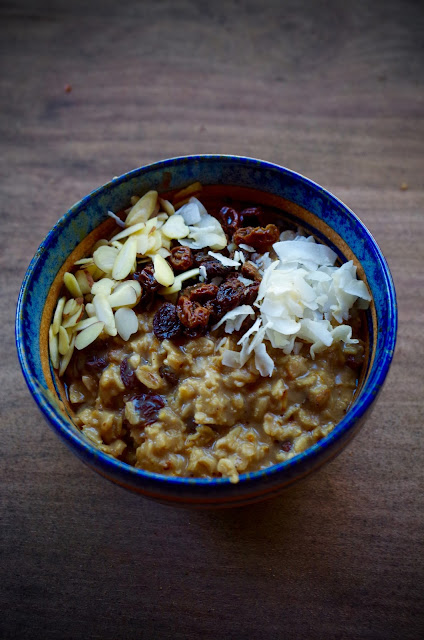 However, given a foggy Monday morning, I could only opt for a hearty bowl of oatmeal as I watched two fawns bed down in the yard. And yes, Monday was the Fourth of July, so that also meant a trip into Mendocino for rather chilly parade watching and then town wandering.

But I had a hearty layer of fancy oatmeal to keep me warm.

All in all, not a bad way to enjoy this delightful new cookbook and two needed days off from work. 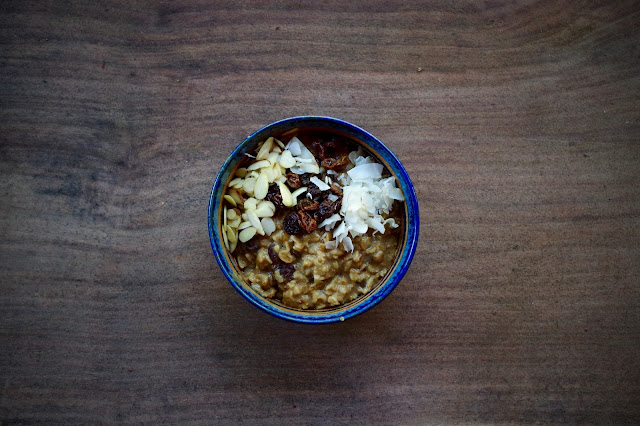 Instructions:
1. Put the raisins and the tea bag in a mug and pour in just enough boiling water to cover. Let soak for 10-15 minutes, until infused.

2.  Meanwhile, put the oats and orange zest in a pan over medium heat and toast, swirling the pan or stirring constantly, until they begin to release a lightly toasted aroma, about 5 minute.

3.  Remove the tea bag from the mug, then add the raisins and the liquid to the oats, along with the almond milk and vanilla, if using. As soon as the oatmeal starts to develop bubbles, stir adding more liquid as needed or desired.