Can we talk about shrubs for a little while? No, not the vegetation in your front yard. I want to talk about drinking vinegars. Wait. Don't go. They're really quite good.

So, March was Shrubs month over at the Food in Jars Mastery Challenge. And due to our move across town(s), I have been a bit behind on posting. However, I want to be very clear--these shrubs quenched a good deal of thirst this spring, as I packed boxes, threw out clothes, and cursed the sheer amount of books I have accumulated in my 20-year teaching career.  (Seriously, how many copies of Heart of Darkness does a person need...? Don't answer that.)  Shrubs have been a fixture in our home these past two months. 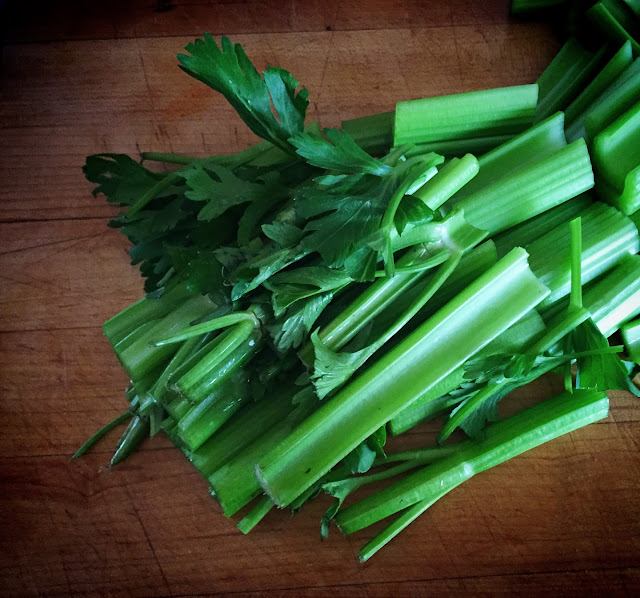 A shrub is an old-fashioned drink that is making a heady comeback, in part because of mustachioed barkeeps who are looking for new (old) things to stir into their fancy drinks. Lucky for all of us.

Shrubs originated as a frugal way to ensure you didn't have to throw out your turned wine or as a way to sterilize potentially suspect water. In fact, Roman soldiers would drink posca (a mixture of sour wine and herbs) daily in order to stave off scurvy and to stay hydrated.

Fast forward a millennium, and shrub shows up as a medicinal drink, intended to help you gulp back what will cure you. By the 17th century, shrubs boasted being a spectacular way to preserve some fruit (or even vegetables) in acid, and thus prolong the life of one's agrarian labor. And many an adventurer would blend a syrup of citrus and sugar with a little rum or brandy: the perfect recipe for a seafaring chanty. By the time shrubs settled down in the American colonies, Martha Washington, Benjamin Franklin, and Thomas Jefferson could be caught tippling from the vinegar barrel as long as it could be mixed in with a little hooch. However, by the time Prohibition came around, the teetotaler could go back to mixing fruit solely with vinegar for a sour kick to one's carbonated beverage.

But sadly, enter refrigeration post Prohibition and exit the shrub. Until recently, that is. 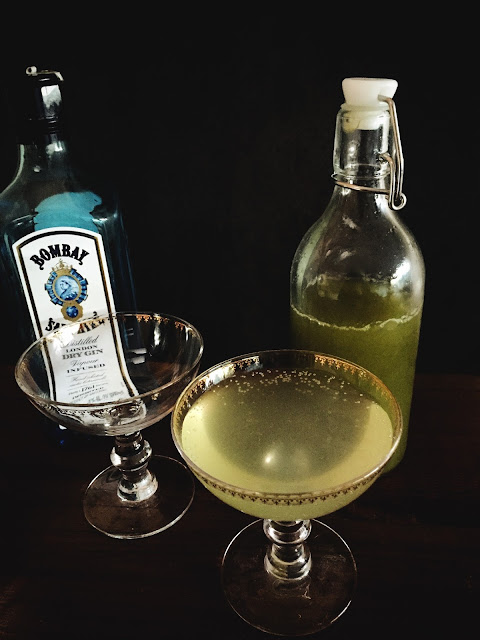 Nowadays, you cannot enter a hipster bar without walking smack into some sort of shrub-based drink on the menu. Splash a little shrub with some prosecco or top off a whiskey drink, and you've got yourself something nuanced, complex, sweet, sour, and sometimes unidentifiable. In the good way. But I promise you that there are other ways to utilize a shrub. Shake it up with some olive oil and salt for a spectacular salad dressing, swirl it into your lemonade for a pucker-punching drink, or use as part of a marinade.

And shrubs are easy to make and they are wickedly forgiving. According to Michael Dietsch, whose shrub book I snapped up for guidance, "You can fly by the seat of your pants while making shrubs and still have something delicious to sip." My kind of recipe. 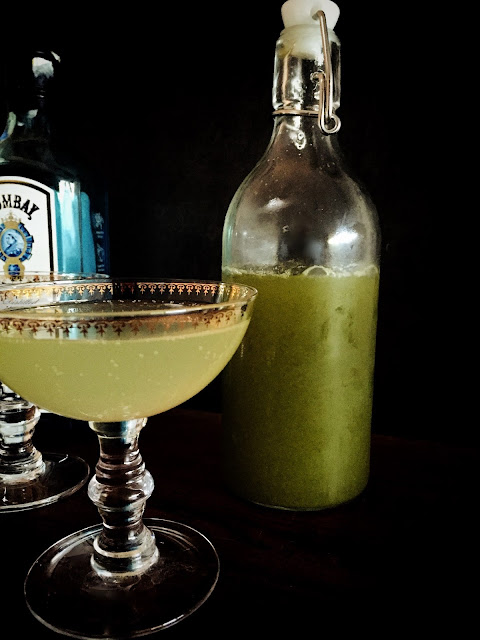 So, I made some shrubs this March and again in April, including a celery one. At first I was skeptical, too, but Dietsch promised it would taste somewhat reminiscent of Dr. Brown's Cel-Ray, a drink I never had, but one the husband says he could get on hot summer days down at the Tastee-Freeze in Kansas. Originally a tonic meant to soothe the stomach and calm the nerves, Cel-Ray is the drink of choice with a hot pastrami sandwich from any Brooklyn delicatessen. I love pastrami, calm nerves, and Midwestern nostalgia, so I was sold. Gratefully so. 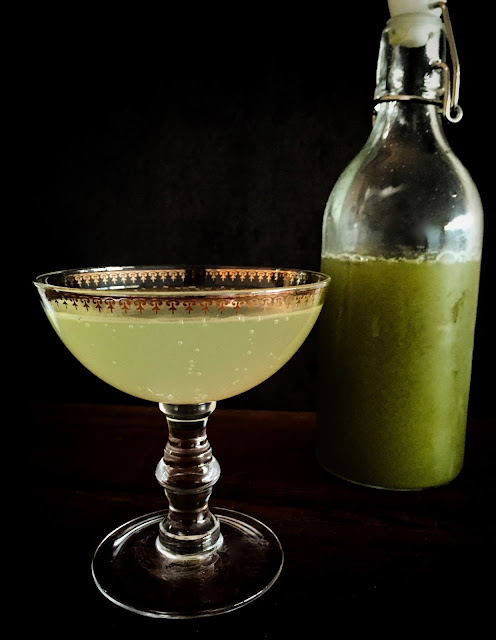 This is a blast of zingy, botanical, savory freshness; it's the perfect thirst quencher when mixed with a little sparkling water. But don't shy away from splashing a little into your next Bloody Mary, or even atop a refreshing gin and tonic. Or do as I did: gin, shrub, and sparkling water.

See, suddenly drinking vinegar doesn't sound so bad after all.

Adapted from Shrubs: An Old-Fashioned Drink for Modern Times

1.  Wash the celery, scrubbing with a vegetable brush if necessary.  Rough cut into 1-inch pieces.

2.  Add the celery to the blender and cover with ½ cup of water (or so.  This is a forgiving recipe.)

3.  Start the blender on low, and as the celery starts to get chopped up, turn up the speed. If, after about 30 seconds, the mixture is still quite thick, add some more water.

4. Place a fine-mesh stainer over a bowl. Pour the celery mixture through the strainer. Press the celery puree to squeeze even more juice into the bowl. (This makes for a cloudier shrub, but simply shake it before you use it.)

5.  Pour the celery juice into a jar. Add sugar and cider vinegar. Cap the jar and shake to combine. Refrigerate, shaking well every other day or so in order to dissolve the sugar (if there is still some left and you don't drink it all!).
Celery Food in Jars Mastery Challenge Shrubs Sugar Vinegar