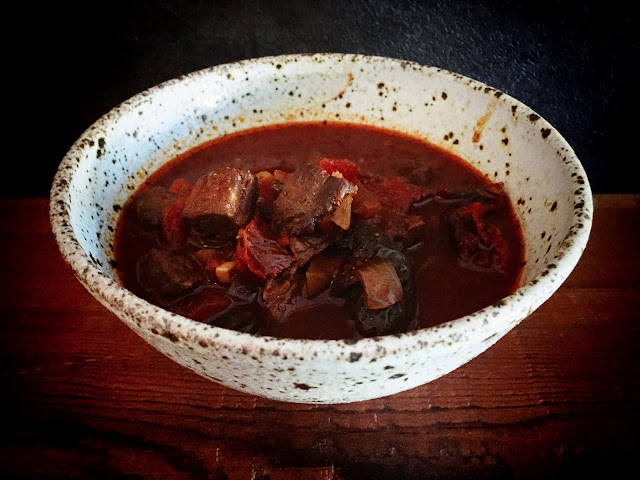 My father-in-law and I disagree about chili.  We also disagree about most of the books we read in Bookclub, but that's another issue, especially when one has the pressing issue of chili to discuss.  You see, he's wrong. And I am right.  Beans belong in chili. 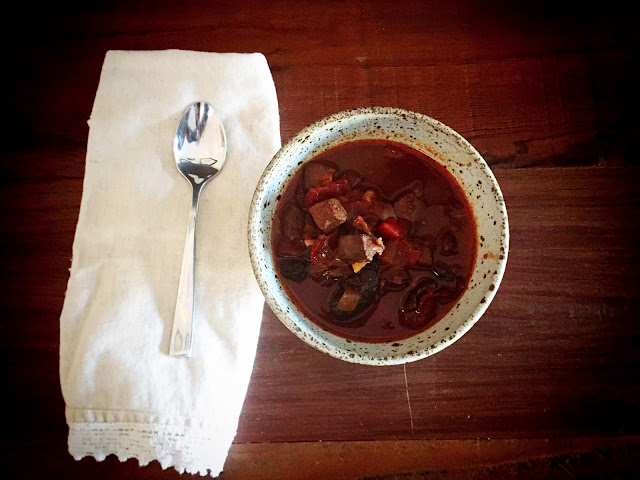 And that's where he chimes in: He argues that chili should not have beans in it. He ascribes to Texas chili making, where beans are eschewed for more meat. And then some more meat on top of that. I guess, the happy part about a Bowl of Red is that if you're paleo, this is one meat-friendly pot of soup. 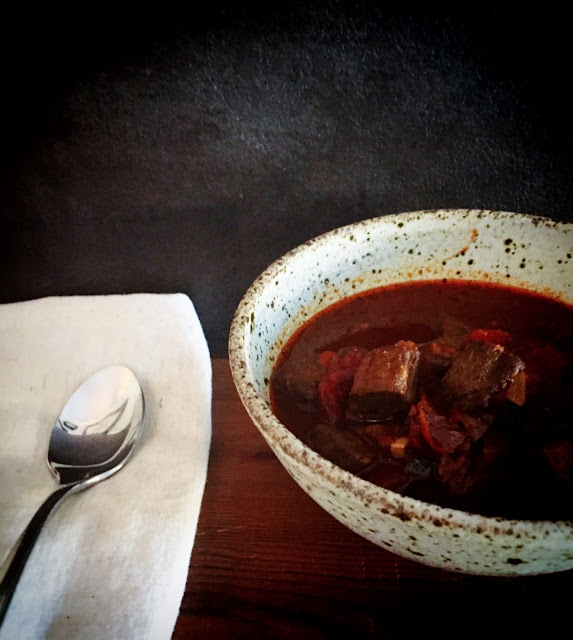 Adapted from The New American Heart Association Cookbook, this bowl of red is incredibly simple, especially since I didn't stew this on the stovetop for an hour, which you are welcome to do. Instead, I put this is in the slow cooker after browning the meat. Then I went to work. And when I came home I had a fantastic bowl of chile-meat soup, which is what we non-Texans might call this dish.

Now, if you add beans, you'd have a bowl of chili. 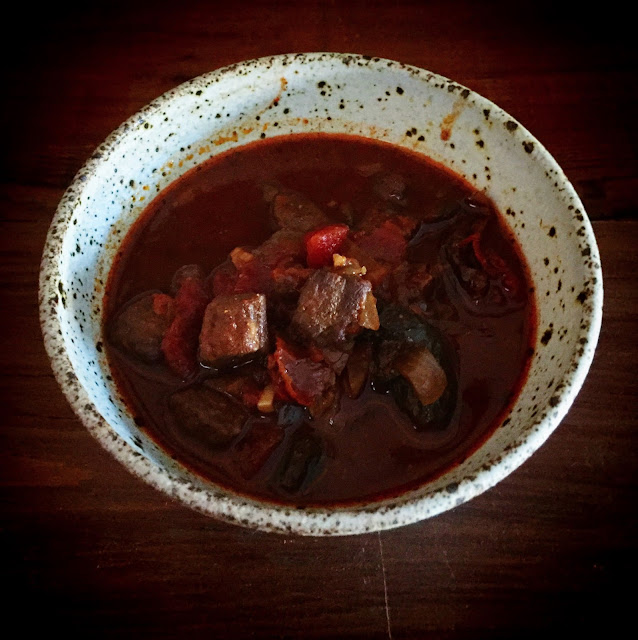 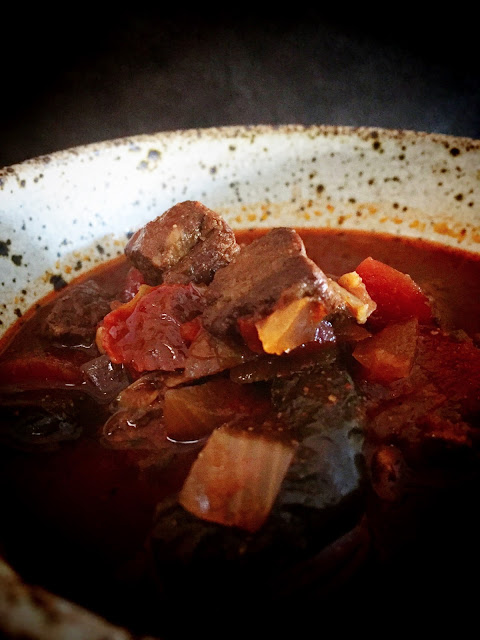 1. Lightly spray a pan with cooking spray. Heat over medium-high heat. Cook the beef 3-5 minutes until browned on the outside.

2. Add the beef to a slow cooker. Stir in the remaining ingredients. Cook for 6-8 hours on low.

3.  Ladle the chile into bowls. Top each serving with sour cream and sprinkle with cilantro, all optional.