Things I Love: cookbooks and cookbooks with menus planned in them.

This new cookbook from Ithai Schori (a photographer who has worked in professional kitchens (and apparently wrote his senior thesis on the rhetoric of the Food Network)) and Chris Taylor (the bassist for Grizzly Bear) fulfills that great love I have of pre-planned menus. I am always curious how a cook composes a meal from cocktails to dessert coffee. And boy, Schori and Taylor can do it, and they do it with a casual, inviting flair. 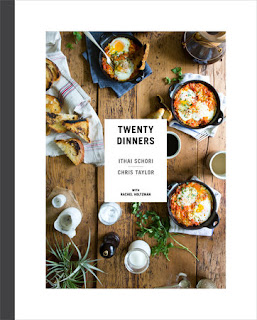 Arranged by seasons, which I and my CSA box also enjoy, this cookbook presents twenty different dinner menus, often with an appetizer, a protein main, a vegetable side dish or a salad and a dessert. Many menus offer cocktail recipes and all have accompanying wine suggestions. That said, our authors encourage us to not follow any of the menus, nor any of the recipes for the matter, but to mix and match, experiment and improvise. 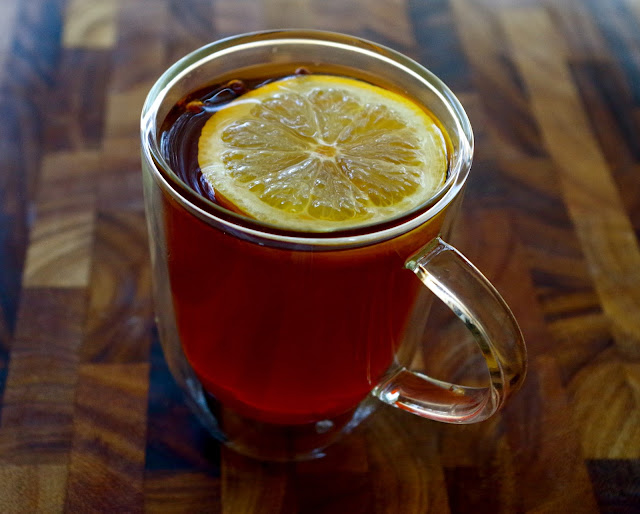 The cookbook presents itself as having a laid-back vibe, throwing together dinners with friends, without recipes (with the resulting recipes in this book reverse-engineered in order to present to you suggestions of how you might make your own dinner) and with breathtaking photography. The recipes range from as simple as can be (perhaps a little disappointingly so, see: 1 bowl of cherries, serve) to as complicated as your backyard might allow (perhaps a little ambitiously so, see: Whole Spit-Roasted Pig with Mustard Greens), but most recipes reside in that happy middle ground that makes you feel as if you actually are doing some cooking without breaking a sweat (or the bank).

When I get a new cookbook, I often page through the whole thing, cover to cover, flagging all of the recipes I wish to try. Lemon Verbena Tart, Whiskey'd Burrata Toast, Slow-Roasted Duck Fat Potatoes, Berry-Blood Orange Trifle, Lavender-Goat Cheese Crostini, and Seared Scallops with Fresh Corn Andoille "Grits" all got flags, as did the simple The Hamburger recipe, for I am a sucker for a good hamburger recipe. Once the weather heats up a bit and the grill sees more action, I am certain that this recipe will be taken out for a spin, especially with the accompanying Oysters with Charred Scallions and Pickled Mustard Seeds, Grilled Red Cabbage Slaw, and Tal's Potato Salad (with a Bloody Mary). 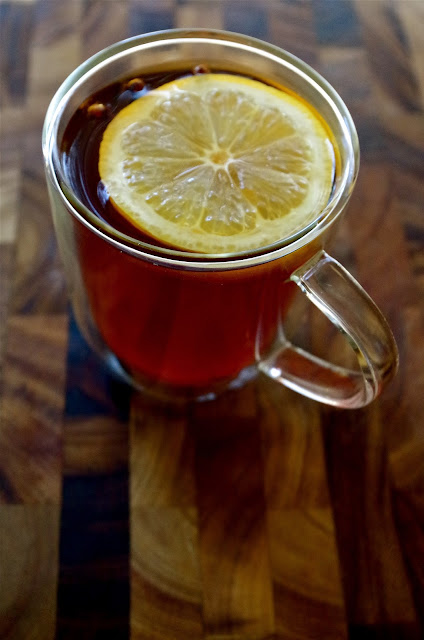 However, the inaugural recipe I chose was the Smoked Earl Grey Hot Toddy.

An unusual choice, I know.  However, I have been sick, which (while uncomfortable) has not been a terrible thing. While the weather has been breathtakingly sunny, I have been holed up in my house, watching Clueless (twice) and Legally Blonde 2:  Red, White, and Blonde (wherein the plucky Elle Woods takes on animal testing in the cosmetics industry with Bruiser's Bill--an absolute classic). Thus, when this cookbook arrived and I saw that there was a recipe for a hot toddy, even though the season seems wrong, I knew that this was going to be my first featured recipe from the book. 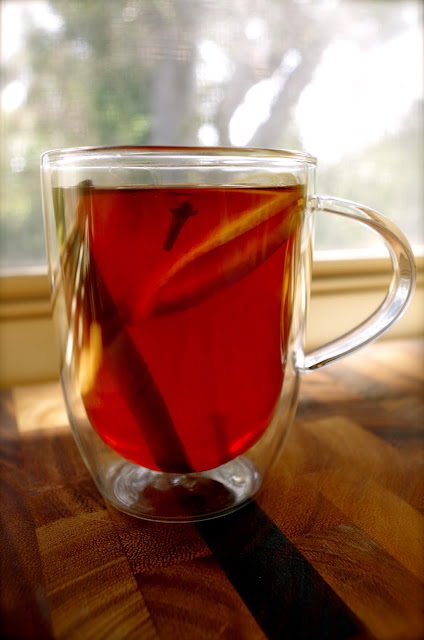 Sure, this recipe is firmly ensconced in the winter menu section. It's a bit on the fancy side--what, with smoked Earl Grey tea  and the herby amaro. Both are entirely optional: any black tea will do and the amaro could be eschewed. However, the smoked Earl Grey adds a transcendent depth that gives you that wood-burning fire feeling, and the amaro adds a pleasant herbiness to the sweetness of the honey and the spiciness of the cloves and cinnamon.  However, if you're too sick to head to Bev Mo, skip it. But if you're well enough to serve this to a group of friends on a cold winter night, make the trip.

Combined with its menu of Duck Confit with Tagliatelle (note to self: must make this winter) and a raddichio salad, this drink screams for a crackling fire and a gentle fall of snow. I, however, will settle for a sunny day in June while I lie on the couch wrapped in a fuzzy blanket. You can't choose a cold, but you sure can choose how you treat it.

Why, Reese, have you not made a Legally Blonde 3? 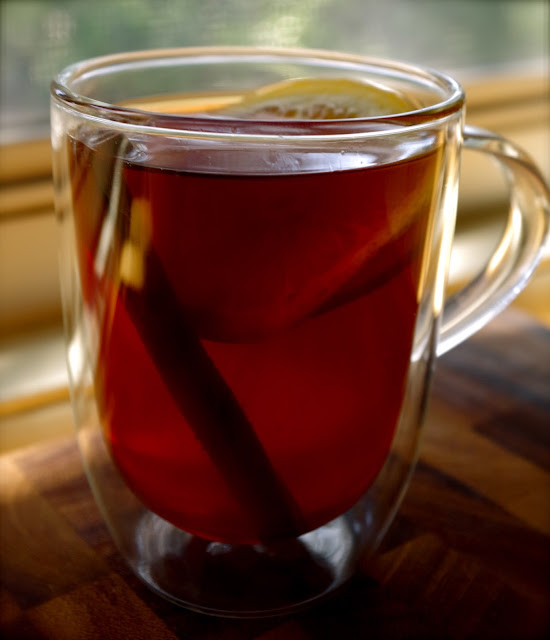 
Instructions:
1.  Warm a mug by filling it with hot water and letting it sit for a few minutes. Pour out the water.

2.  Add the honey, lemons, loves, and cinnamon to the mug, and then pour in the hot tea.  Stir until the honey is fully dissolved.

3.  Then pour in the brandy (rye or bourbon) and amaro (if using). Stir and serve.