Given my recent pea soup with cilantro recipe from Diana Henry, you may notice a recent and certain penchant for the soup of this spring climbing plant. You may also be asking how much pea soup can a woman eat. Turns out that the answer is a lot.

You see, I know that I have a thing for pea soup. Not only have I posted the aforementioned Diana Henry recipe, but I have an old favorite split pea and ham soup from Best Soups in the World. However, I was not always a pea soup fan--indeed, no. 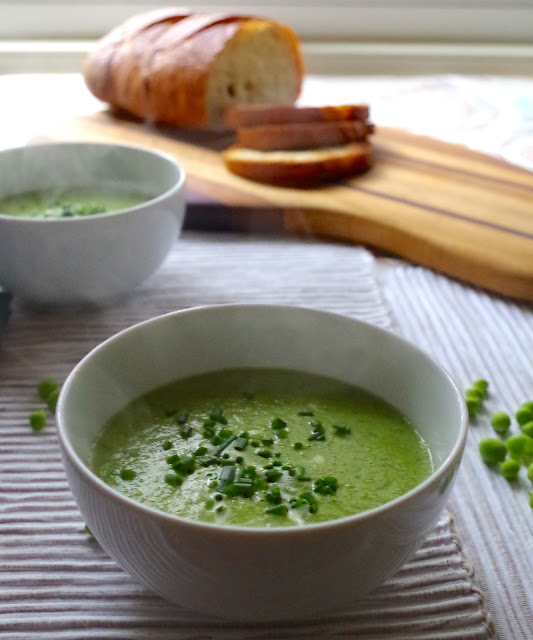 Growing up, I knew that pea soup was my mother's favorite soup (and my brother's was New England clam chowder--I am not sure I had a favorite soup). However, for my mother, it didn't matter--homemade, canned, restaurant-ordered, split with a ham hock, fresh with cream--pea soup in all its forms was her favorite. I, on the other hand, found it heavy, almost dusty tasting. Yet, as we age, so we grow to understand that sometimes (not too often mind you; I don't want her to get a swelled head), our parents might be right.

And it turns out that this particular recipe is worth making a favorite both as a piping hot soup as well as a cold (and refreshing) one the next day for lunch.  Indeed, this pea soup is one for the recipe box (or the Pinterest page, our modern version of the recipe box).

This soup has mint in it. And cream. And chives.

That makes three wins in my book. And I suspect in my mother's as well. 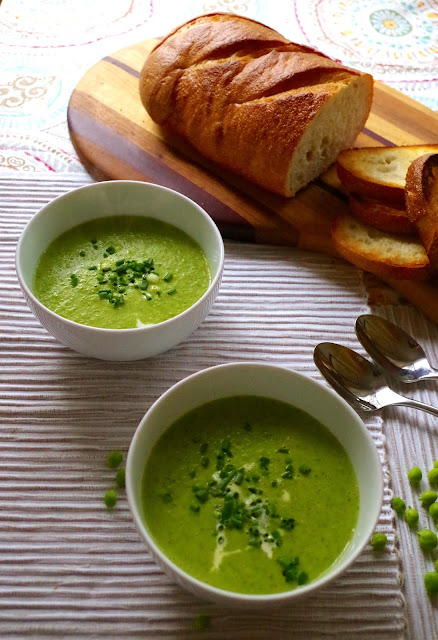 This pea soup marries that distinctively French proclivity for adding cooked lettuce to peas (?) with the English sensibility that a good cup of soup will bolster you for whatever comes your way. It also calls for 1 lb of shelled peas, which you can do yourself (as we did since peas are in season) or you can use frozen ones to save time, and perhaps a little money. Now the question remains: what to do with all of the leftover pea pods (which I have frozen until I can settle on my answer). 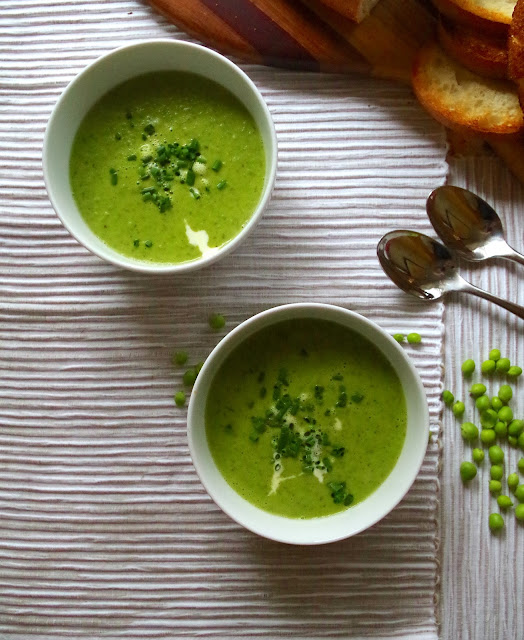 Of course, for this particular recipe I must give a nod to another set of parents, for it comes from a funny little touristy cookbook that one picks up at the cash register in the gift shop of any English Historic Site (or on amazon for the low-low price of 1 pence. Yes. 1 pence). For you see I am now becoming known for my little cookbook addiction, and when one set of the in-laws went to England and Wales a while back, they snapped this little number up for me. Even across the world, my proclivity for cooking follows me (or I guess in this case, followed my in-laws), and they were generous enough to think of me. Now I just need to make them some soup. 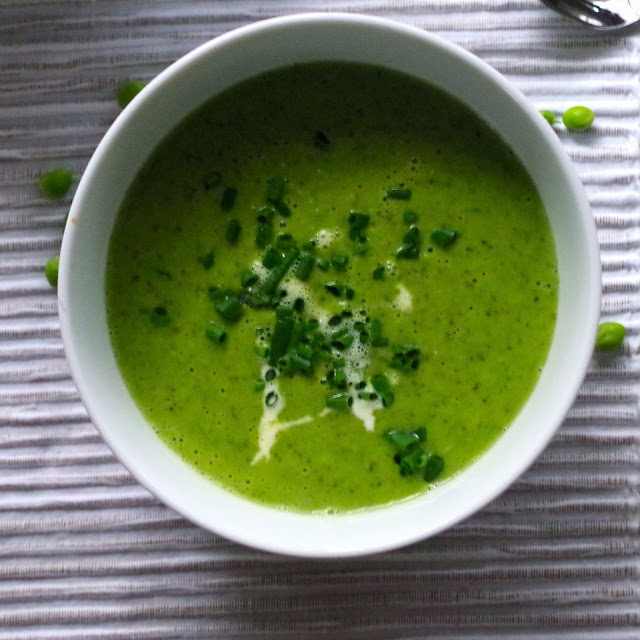 Finally, on a completely unrelated and non-pea-focused note, I went to see the Warriors championship parade today. I'll admit that I am much more of a baseball fan than basketball fan--just ask anyone. However, I was so delighted by this Oakland pride, and I had a ball, mostly because I loved the confetti. 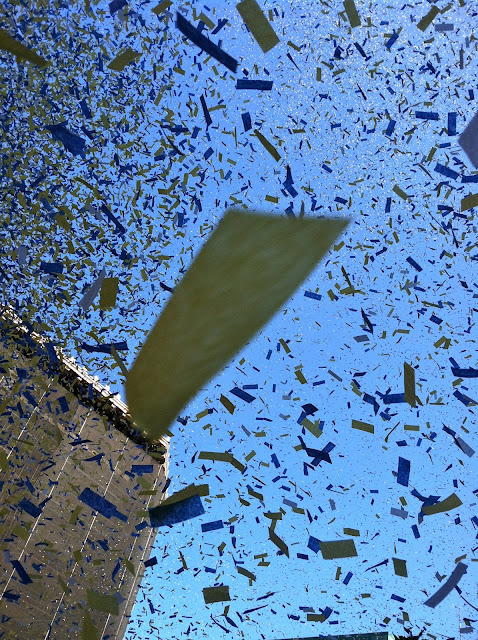 And seeing MC Hammer on a fire-spitting snail with our city's mayor, Libby Schaaf. I kid you not. What a lovely morning.

Instructions:
1.   Melt the butter in a large saucepan and add the peas, spring onions, and lettuce. Cover and cook gently for 10 minutes, being careful not to brown the vegetables.

2.  Add the stock, mint and sugar, season with salt and pepper, and cook until the peas are tender, about 3-5 minutes.

3.  Transfer the pea mixture to a food processor or blender and mix until quite smooth. Either serve immediately or chill, as this soup is delicious both served hot or cool. No matter your choice, drizzle with a little cream, scattering of snipped chives, and a couple of uncooked peas if you remembered to set them by.