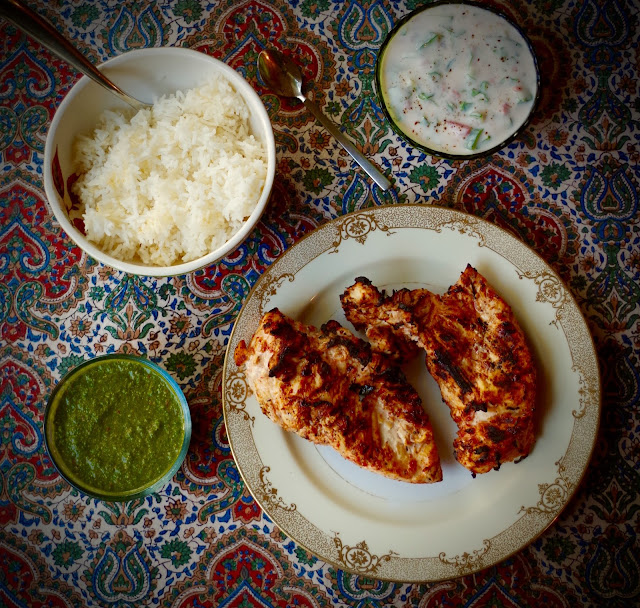 Friends, there was rain. Oh, just the right amount of rain, and my great fear in writing about the rain is that I made it go away. I am superstitious like that.

(My superstitious streak was solidified this week as I watched my beloved Cubs win the World Series.  I won't tell you about my good luck charm for fear of messing it up, but let's just say she knows who she is, and she better be watching next year as well!) 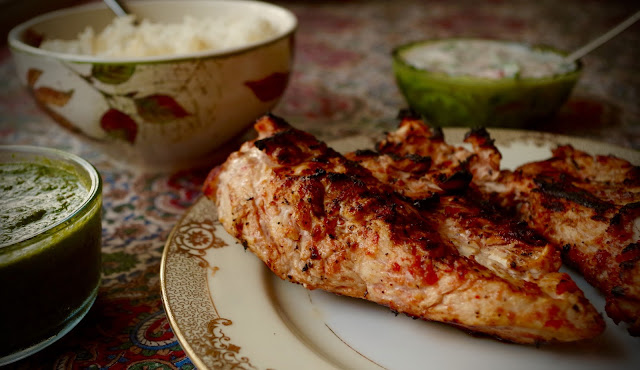 And in the rain, the husband and I have been north, to wine country to sip on some reds in the Rhone style. Didn't that sound pretentious? (I have no idea what that means, by the way.) I would like to pretend that I know anything about wine, but the reality is--and one might argue rightfully so--I only know what I like. And it ain't in any particular style that I can discern. Sometimes it's big and fruity and other times it is lip-smackingly dry.

But the husband I went to Sonoma last weekend and sipped some wine, had a mediocre lunch (in part because many a half-marathon finisher was in line at the Bear Republic Brewery and we chose another venue). It was all in celebration of his birthday. The next day, I made this chicken. Which is definitely not in the Rhone style. 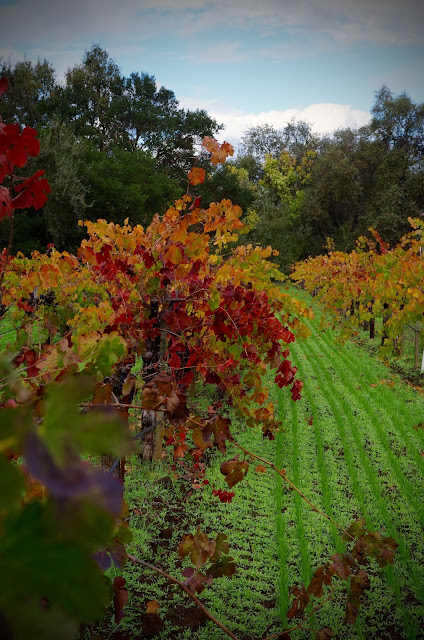 Again, another Diana Henry recipe. It is no secret that I am a fan of Diana Henry. And this recipe only strengthens my president-of-the-fan-club status.  I have written about this particular book--all committed to the barnyard fowl and all--here and here. 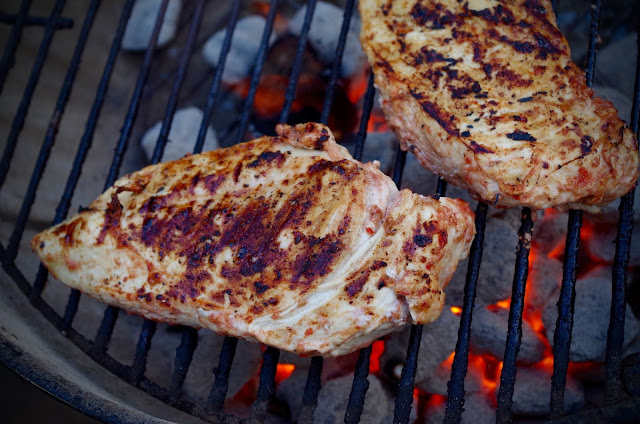 I am going to tell you a secret. I have made this recipe twice, which if you know me well, you know I don't normally do. I make a recipe once and move on. I get bored. I hanker for another permutation of chicken or pork or green bean or turnip or liver. This may be my fatal flaw, but let's not get too existential here. Let's just eat chicken. 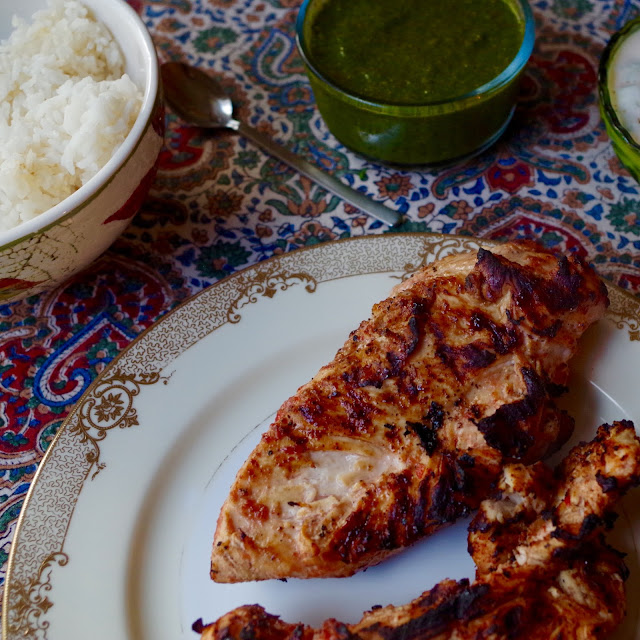 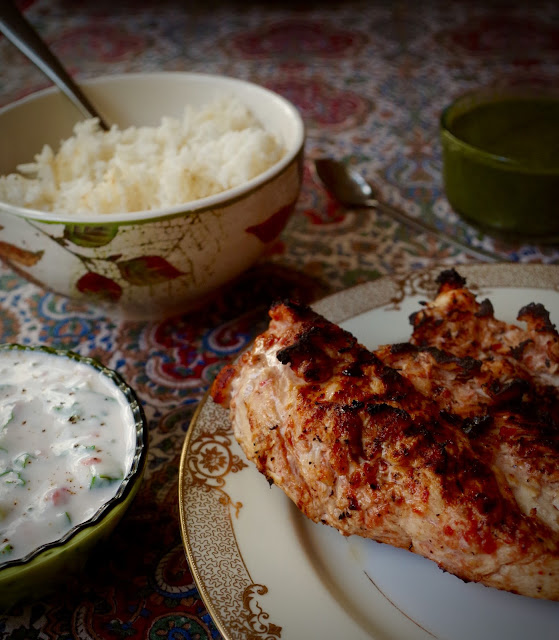 This recipe does require a hint of advance planning in that you do need to marinate the chicken for an hour or two before. Henry warns that a tomato marinade might feel too dear, so she advises that you make this either when you have an abundance of tomatoes or when you have some soft tomatoes on the verge of the compost bin. I had the latter. And they did just fine in the marinade. 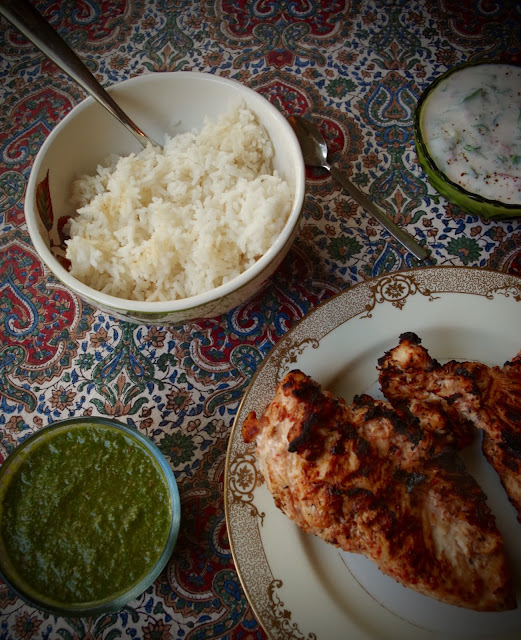 The other pre-planning you can do (although you don't have to, as this takes no time at all) is make the cilantro chutney. I had pulled down the food processor to make the marinade, so I decided that with a quick rinse, I would be ready to roll for the chutney.  I few pulses later, I scraped this leafy sauce into a jar, sealed it up tight. 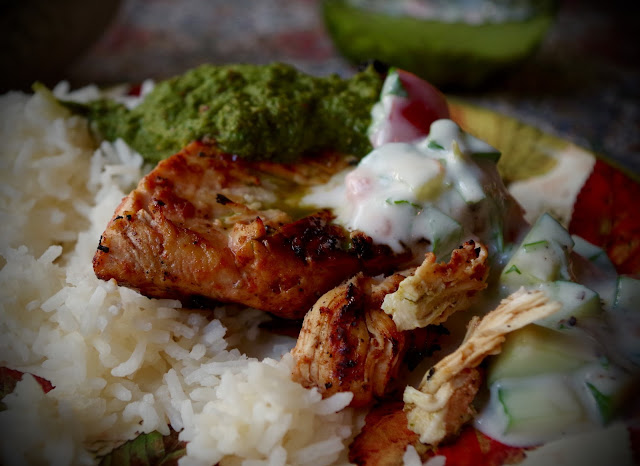 All you have left is a whisking together of the raita, the boiling of the rice, and the searing of the chicken. Twenty minutes, tops. Perfect for your next Monday-night dinner, rain or no rain. 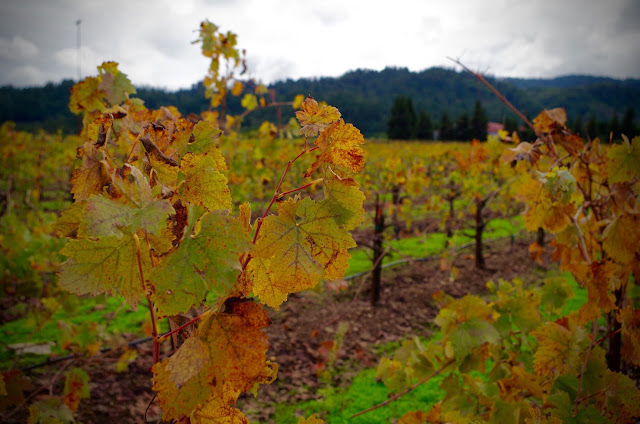 Adapted from Diana Henry's A Bird in Hand: Chicken recipes for every day and every mood

*I am not a fan of raw garlic, so I omitted this, and it turned out just fine.

Instructions:
1. Put everything for the chicken--except the chicken itself and the oil--into a food processor with the cilantro stalks (from the chutney ingredients list). Blend to a rough puree.

2. If the chicken breasts are very thick, cut them in half horizontally. Pierce the chicken all over with the point of a sharp knife (whether you're using thighs or breasts). Put the chicken into a dish and pour the pureed tomato mixture all over them. Coat the chicken in the marinade, cover with plastic wrap, and put in the refrigerator for 2 hours or overnight. Roll the chicken pieces over every so often. Bring to room temperature before cooking.

3. To make the chutney, put the cilantro leaves into a food processor with all of the other ingredients and blend. Taste. Add more lime juice if you want.

4. Either heat a grill pan until it's very hot or fire up your grill. (We fired up the grill.) Remove the chicken from its marinade and brush the pieces on each side with the oil. Cook for about 3 minutes on each side, turning them over once. Season. Then cook for about 2 minutes longer, or until the chicken is cooked through.

5. Serve with the cilantro chutney, a bowl of cucumber raita, and some rice.