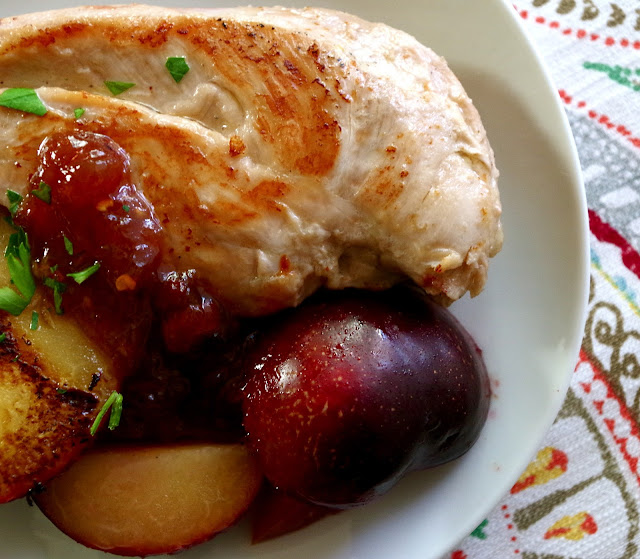 Friends, are you familiar with Marjane Satrapi? Of course you are, you smartypants, you.

Certainly she is most famous for her book Persepolis (which comes in two volumes) about growing up in Tehran and Vienna during the Islamic Revolution in Iran, which was made into a beautiful movie. Beyond that though, Satrapi has collaborated on two other movies, written and illustrated two children's books, and written two more comics--including her graphic novel, Chicken with Plums. What I love about Satrapi in all of her work is that she marries whimsy and sharp humor with melancholy and deadly seriousness. She is a woman who believes in true justice of an individual and personal nature, but never forgets (as she has put it in interviews) that life is too serious to take seriously. 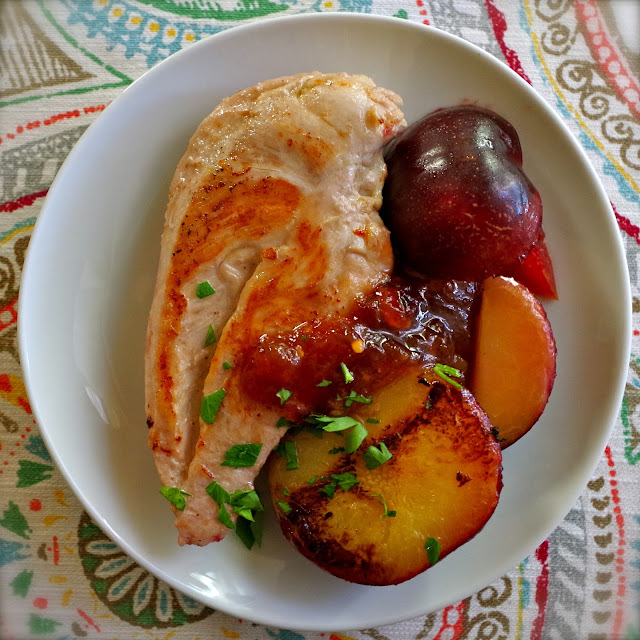 Thus, when I saw that Claudia Roden's The New Book of Middle Eastern Food featured Chicken with Plums on page 215, I was over the moon.

For, you see, I had the most amazing opportunity to interview Satrapi last November, in what may have been one of the (so freaking awesome) highlights of 2014. She was funny and iconoclastic and light and sometimes downright serious. In the midst of some hilarious stories, she argued that artists are the true creators and subsequent preservers of culture--when we devalue art, we end up without culture and thus without a true sense of ourselves. (Yes!) She argued that art needs to hold one of the most valued roles within our communities. Such a sentiment I think often gets lost in our production- and efficiency-based culture. (I knew I loved her most then.) 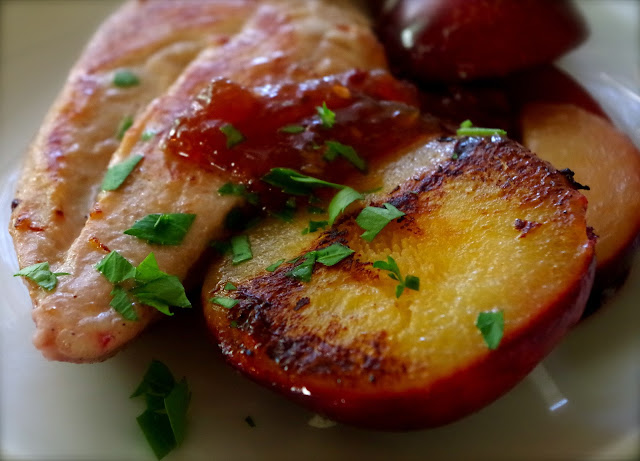 To boot, the dish Chicken with Plums features in that graphic novel by the same name (one of her few actual fictional tales although it is based upon one of Satrapi's uncles) in a delightful (and we'll admit it, a PG-13) way. Here's how part of the story goes: a famous musician named Nasser Ali Khan has lost his will to live. On his self-determined death bed, he remembers all of his most beloved foods and settles on the dish with chicken, plums, caramelized onions, tomatoes, turmeric, and saffron. The memory then morphs into a fantasy involving Sophia Loren, which I will leave to you, dear, intrepid reader to discover.

Oh, the dish itself sounds divine and worthy of a deathbed memory. 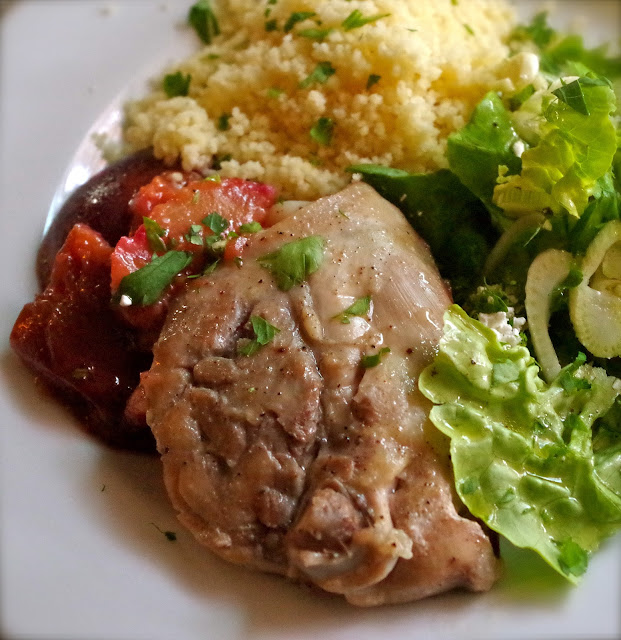 Which is a shame because this particular dish is not the Iranian version, which I confess, I have scoured my current cookbooks and cannot find a recipe (a challenge: let me know if you know where to find Satrapi's version!).  Indeed, this dish from Roden's cookbook does not have the same spices or tomatoes, so Satrapi may scoff that I mention this dish in the same sentence as the one written about in her own book.

Instead, this particular offering of chicken with plums, according to Roden, is a Turkish speciality of Georgian origin. Georgia, which borders Turkey in the northeast, is famous for its plums and its sour plum sauce (tkemali). This dish is more traditionally made with a whole chicken seasoned with crushed garlic, salt and pepper and then flattened with a weight; however, Roden simplifies this recipe into one you can easily make on a weeknight (before a round of board games as we did with a pair of friends). She simply slowly sautees chicken fillets or pieces, then adds the plums until they are softened, and serves with a plum jam sauce. (I used boneless breasts and bone-in thighs and a nectarine-plum jam.)

One small surprising note, and one you might consider: if you use red-fleshed plums, rather than say green, the chicken will turn a little pinkish-purple. Don't be alarmed. Otherwise, this is something you could make for dinner tonight.  Just throw together some couscous and a simple salad, and my friends, you have a meal--even if it's not the Chicken with Plums dish that Marjane Satrapi writes about. It's still wickedly simple and good. 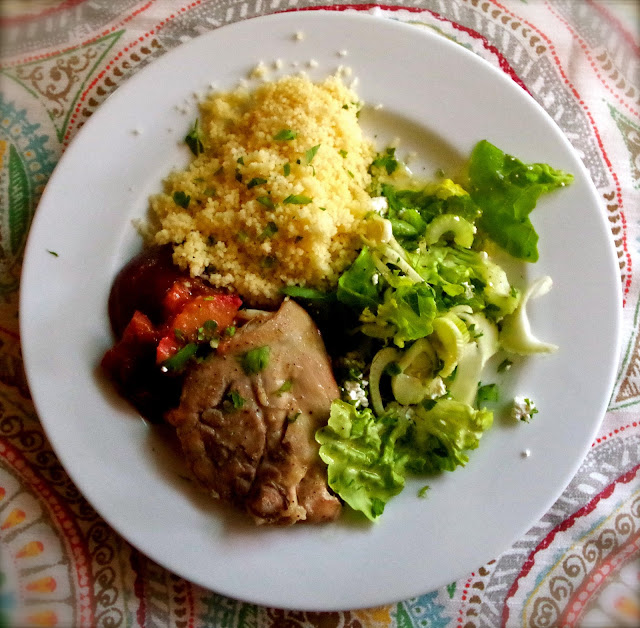 Instructions:
1.  In a large skillet, saute the chicken pieces in a mixture of butter and oil over very low heat for about 15-20 minutes, until they are no longer pink inside when you cut in with a knife. Sprinkle with salt and pepper, and turn the pieces over at least once, adding the 3 cloves of garlic towards the end.

2.  Put the plums into the skillet and cook briefly, turning them over, until they soften.

3.  For the sauce, heat the plum jam with the chicken broth and the vinegar in a small saucepan, stir in the garlic and chile flakes, and cook for a few moments longer until heated thoroughly.

4.  Serve the chicken pieces with the sauce drizzled over them, garnished with the plums.