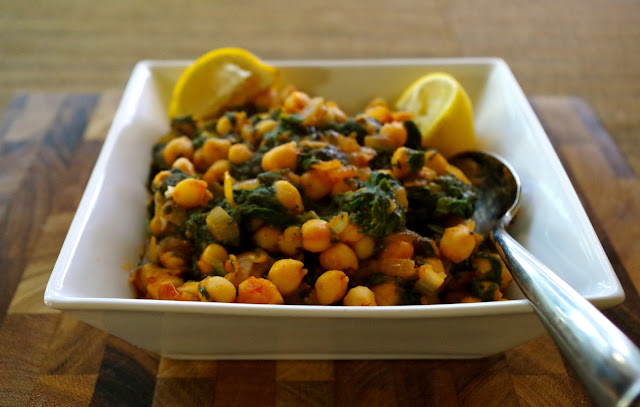 Chickpeas and spinach may not sound like much; however it is a budget-friendly and absolutely tasty way to bring more protein and veggies into your diet. And, according to Claudia Roden (the queen bee of Middle Eastern cooking), it's a pretty ubiquitous way to do so in the Middle East. There are as many different recipes on how to combine these two ingredients as there are people willing to share them, and Tess Mallos, our cookbook's author, chose an Armenian preparation for them.

And I am so glad she did, for this is a recipe where the sum is much more than its humble parts. 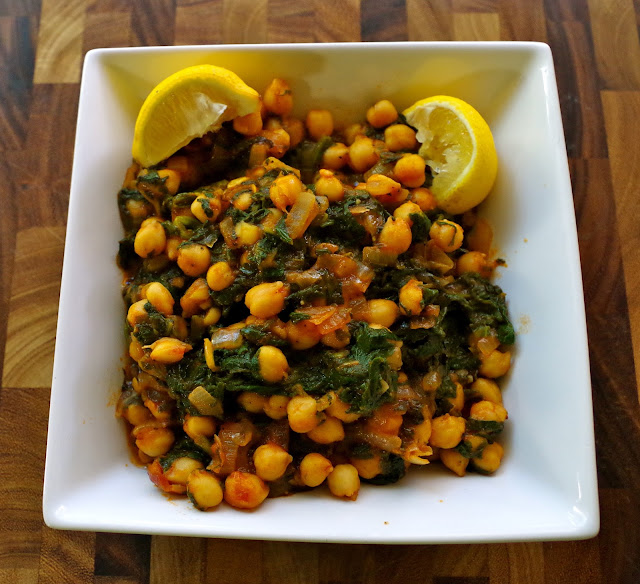 Really, it didn't sound all that interesting, and I wasn't particularly looking forward to making it. In fact, I waited until the husband had gone up to Fort Bragg (his mother is in town visiting, and they got to enjoy the beautiful, sunny weather on the coast this weekend and early week), so that I could make it on my own. I didn't want to foist what I thought would be a pretty unremarkable this dish upon them.

I was wrong, and I am not afraid to admit it. 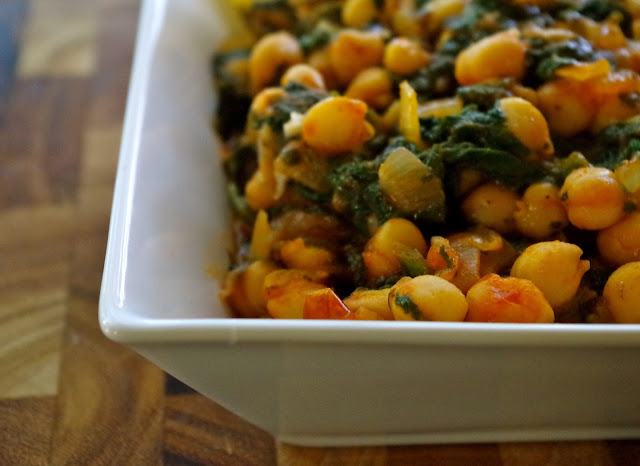 I suppose I shouldn't be surprised, really, as I have have empirical evidence of how much I like beans with greens; however, I am a bit thick headed and have to be reminded again.

Happily, this recipe is simple and forgiving. It encourages messing around with it on your own.Want more beans? Just add them. Have white beans instead of garbanzos? No problem. Have an almost insatiable need for spinach? Go ahead, add some more. Want to eat the whole pot because you're the only one home? Perhaps resist that one. 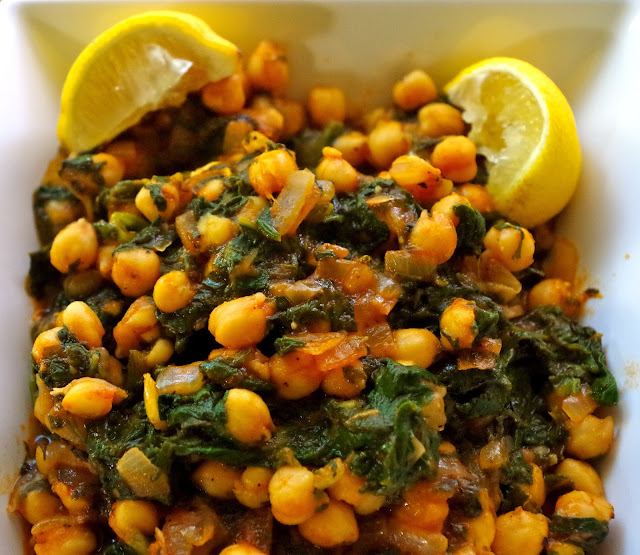 Admittedly, this version of the recipe is a little time consuming, for it calls to presoak your dried beans overnight, to cook said beans for two hours, and to sautee a fresh bunch of spinach with the beans--all points I followed. However, if you don't have the time to make this dish from scratch, I have a sneaking suspicion that it would be just as satisfying made from canned chickpeas and frozen spinach.

The end result was savory, a little sweet, completely filling, and so soft on the pocketbook (which, I admit, some of the recipes featured on this website have not been. And let's also admit some have not been easy on the waistline either, so this recipe was a relief all around). Finally, the only thing I would add is a dallop of yogurt on the side, just to round out the whole of the dish. Mellos recommends some bread. She also suggests that the dish is as good warm as it is cold.

It looks as if I have dinner already planned for next week. With the husband this time. 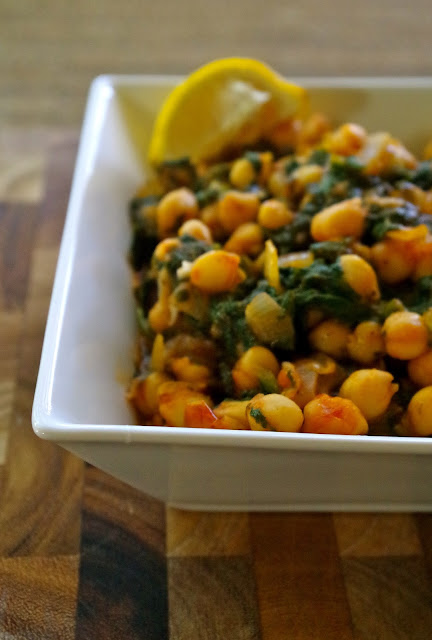 2. The next day, put the chickpeas and soaking water in a deep saucepan and bring to a boil. Cover and simmer gently for about 2 hours, or until tender. Drain (and reserve the soaking water).

3.  Heat the oil in a frying pan and sautee the onion until translucent. Stir in the tomato paste and season with salt and pepper. Add to the cooled chickpeas.

4.  Stir the spinach throughout the chickpea mixture.

5. Place the chickpea mixture back in the pot. Simmer, uncovered, for a further 15-20 minutes, adding more of the bean soaking water as necessary. Nivik should be moist, but not too liquid. Serve with lemon wedges (and yogurt, optional).
Chickpeas Lemon Onion Spinach Sugar The Complete Middle Eastern Cookbook